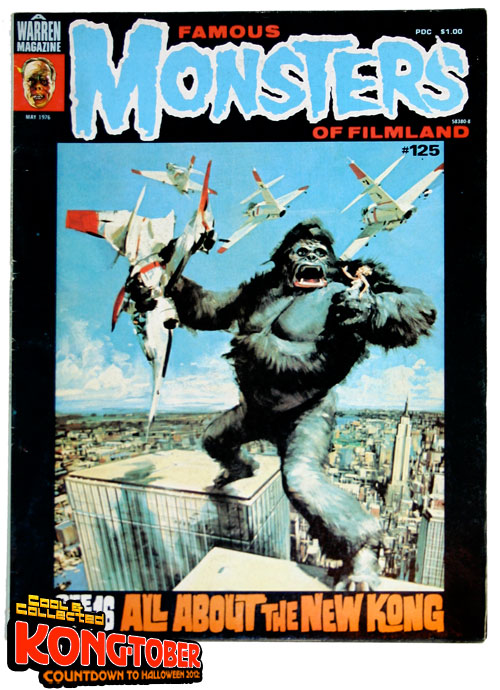 Famus Monsters of Filmland issue #125 features one of the most iconic images in Hollywood movie poster history. This painting is the work of  John Berkey who also did artwork for Orca, The Towering Inferno, Star Wars, and many other sci-fi films. There’s a great writeup about the story behind this painting on the Kong Is King website, so if you like reading about how posters get made, I would highly recommend checking it out.

There were MANY versions of this iconic image produced with variations to Kong’s face, the airplanes, Dwan, and the buildings. The original sketches actually had the beast climbing the Empire State building, but that evolved to having him straddling the twin towers of the World Trade Center–or is he leaping from one to the other?

“Twas beauty killed the beast.” A popular quote from the film starts off the article. 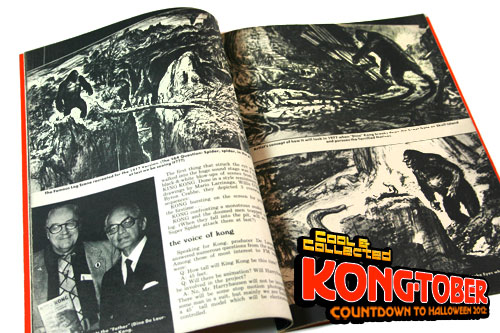 Jessica Lange has the best seat in the house. 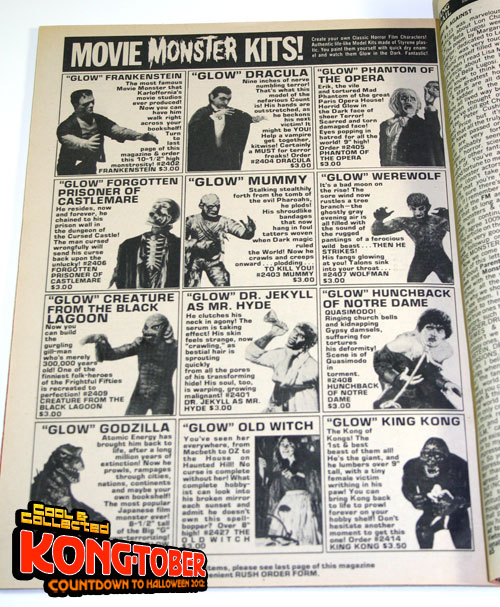 If only I had my time machine working. 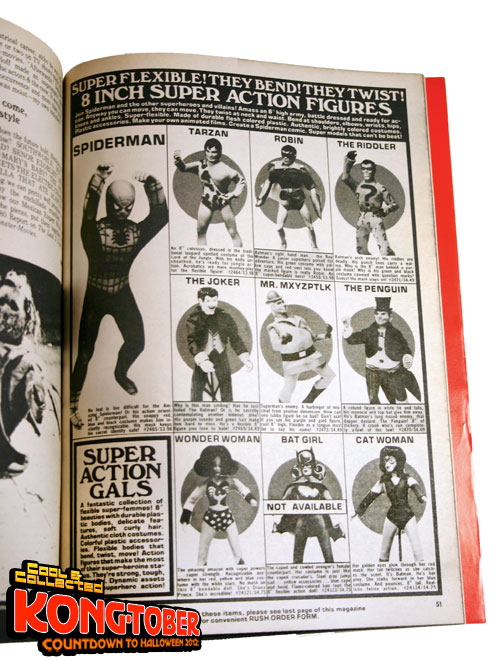 Okay, this ad has nothing to do with King Kong but it’s always fun to see old Mego advertisements.