A couple of weeks ago, I became the proud owner of one of my all-time holy grails, an original 1979 Kenner Alien figure. It is beautiful, with the original dome, working jaws, and arms that can still stay up.  I wanted to display the figure high up on the top of a bookshelf, away from the kids, but was afraid it might fall from that height and break into a million pieces (along with my heart). So, I decided to get a little creative and devised a simple diorama that would securely hold the figure upright and safe.

All of the materials were found laying around the shop. The base is a square of melamine board and the two upright columns are 1/2″ PVC pipe. I drilled holes for the pipes and secured them with glue, so those things are rock solid! I raided the junk parts bin and added bits and pieces to the back and a few low pieces at the front. My main goal was to make a nice presentation without taking away the focus, which would be the figure. 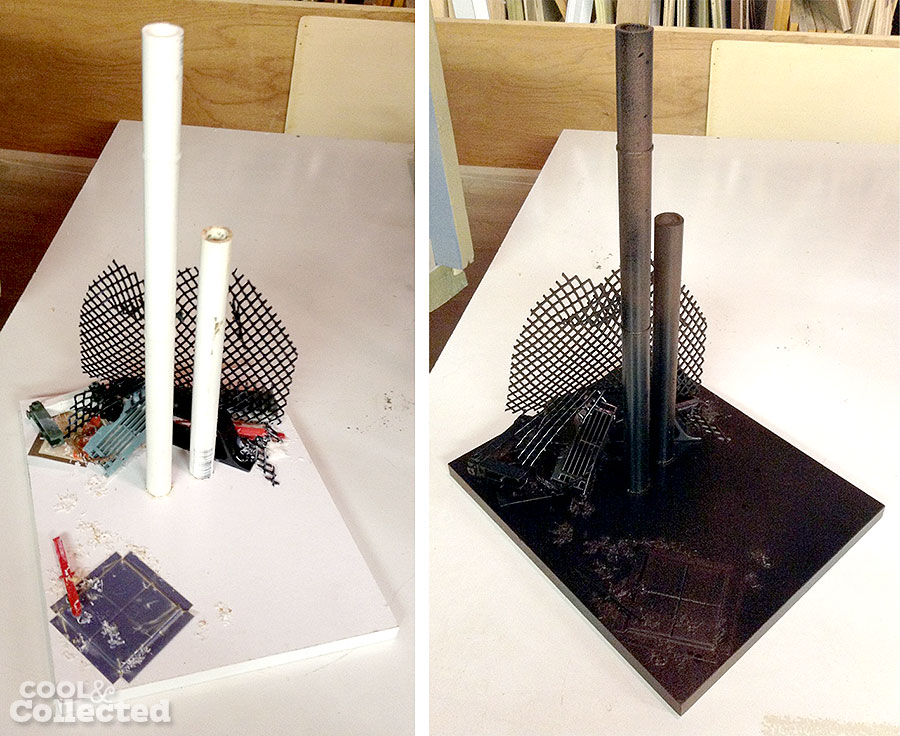 I glued everything down, made a few quick passes with spray paint, a bit of white dry brushing for the highlights, and the display was complete. 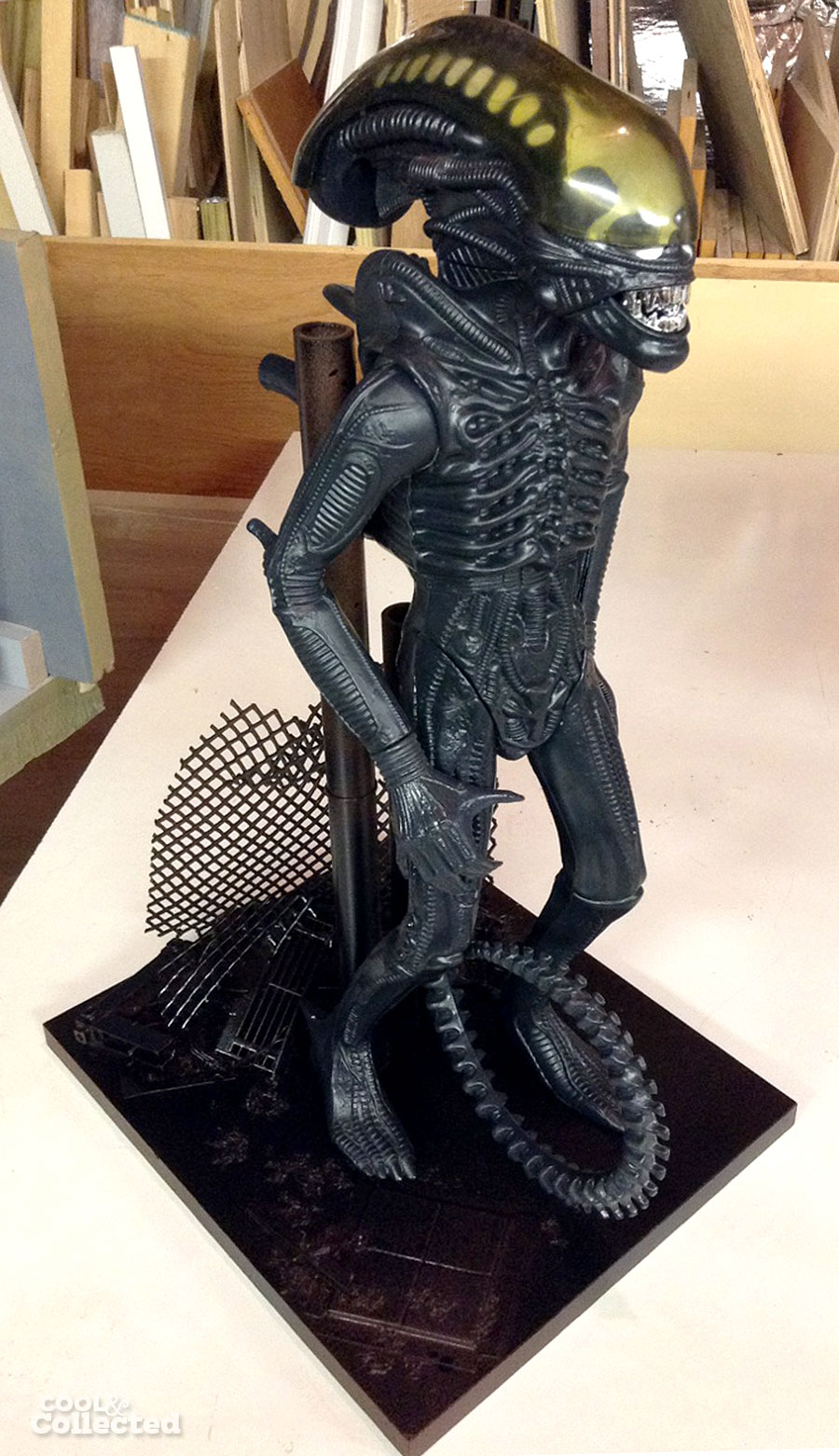 The longer PVC pipe rest securely between the Alien’s arm and back spines, forming a tripod with the two legs, so this guy isn’t going to tip over any more. I planned to run some fishing line up through the pipes and wrap them around the figure, but I ended up using a piece of black wire, which is almost invisible against the dark figure. The wire isn’t even needed to keep the figure upright, but it gives me a whole lot of piece of mind! 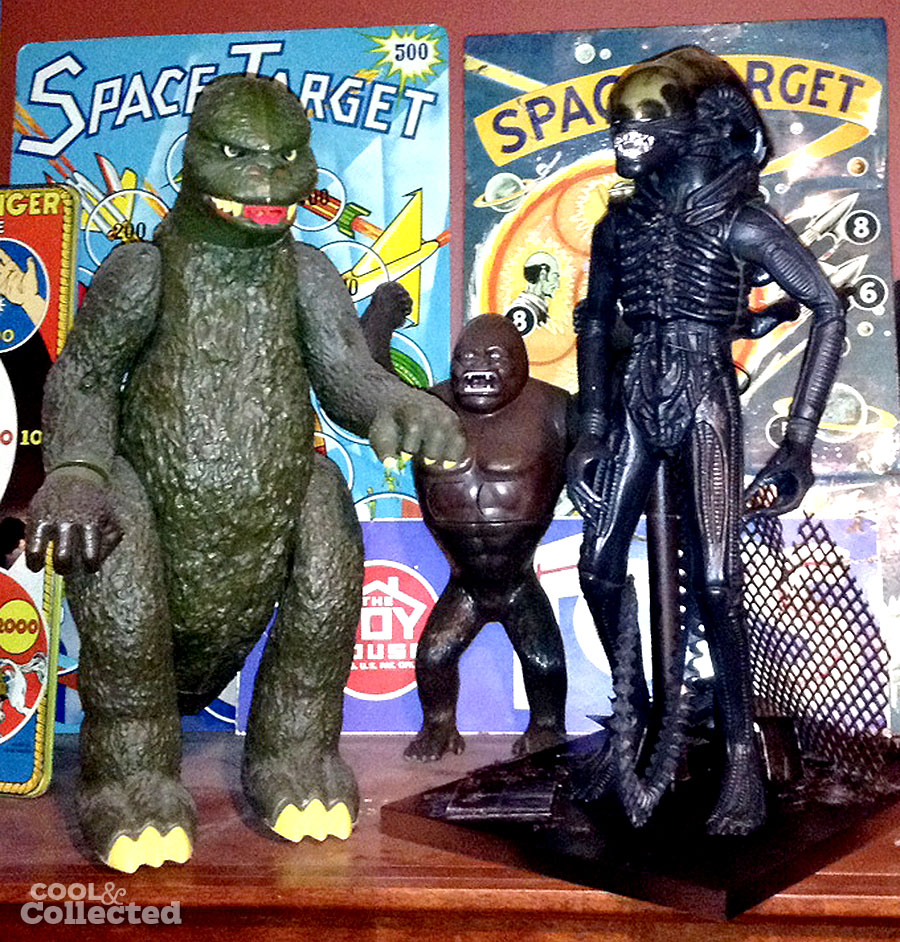 This project was so simple and easy to build, I think I might have to do another one for some of the smaller figures that tend to tip over with the slightest breeze. I’m happy with the way this turned out, but more importantly, I don’t need to ever worry about that beautiful toy falling off the shelf.

The League of Extraordinary Bloggers is making stuff up this week. Check out G.I. Jigsaw, Mike Bartley, and more!