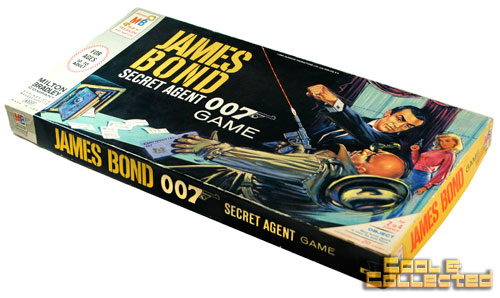 The James Bond Secret Agent 007 Game is the first board game based on the James Bond character. The game was produced by Milton Bradley in 1964, and still ranks as one of the greatest boxes in board game history. It holds true to the Bond franchise as Sean Connery’s Bond takes out the bad guy with a left hook while a pistol fires and a buxom babe looks on admiringly, revolver in hand. 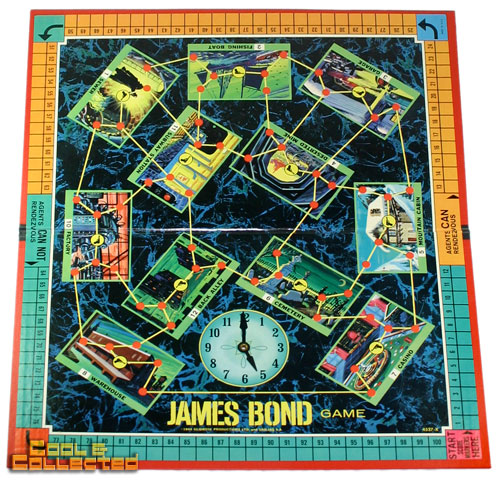 The game board has a clock with an hour hand that spins.

There must have been some licensing issues with Connery, because nowhere on the box is he credited as being the man in the suit. There are actually two versions of this game–one with Connery’s face and another with a generic spy taking out the villain. The Connery version is obviously the more highly desired of the two. 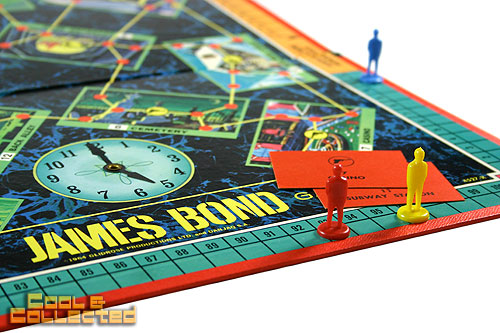 Like the Thunderball board game, this game is fairly common, and can usually be found for $20-30 on eBay

. It is a great addition to any pop culture collector’s shelf.