The pop culture community lost another legend recently, with the passing of artist Jack Davis, known for his illustrations in Tales from the Crypt and MAD Magazine, and also for his numerous efforts in magazines, advertisements, and movie posters. I grew up idolizing his style and knack for skewering society with his pen and ink, and he will be missed dearly.

Coincidentally, Hollywood auction company, Profiles in History, is currently auctioning the Frank Darabonte collection, and one of the items in the auction is this incredible King Kong drawing: 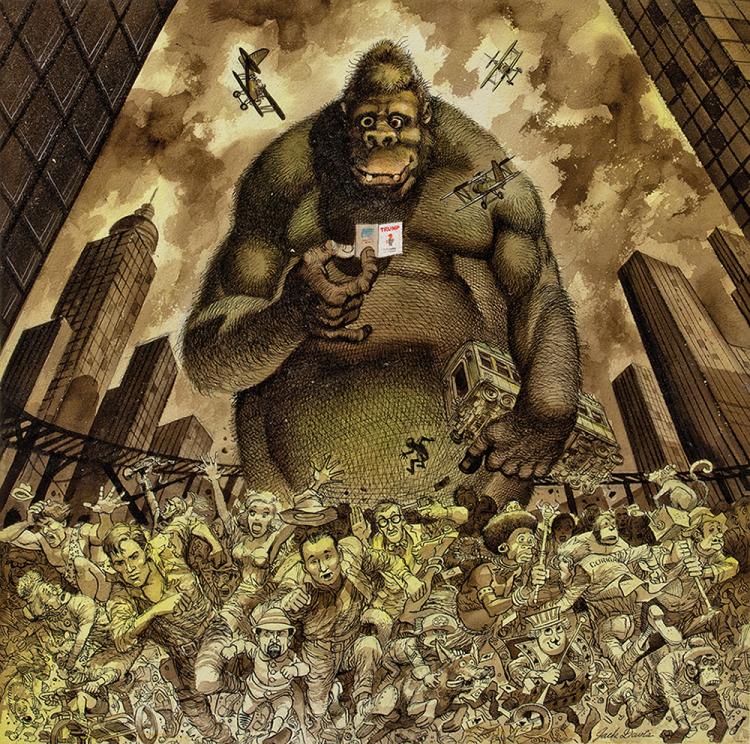 This drawing was created in 1957, but if you look closely, you’ll see that the cover of the magazine says “TRUMP,” while the mob of people flee in terror. (Okay, so it may not have been referencing “the Donald” but I’m going to just imagine that it was.) Jack Davis was the king of social satire, and apparently, maybe a little prophetic. RIP.