Just kidding! According to my “SEO for Dummies” book, that headline is sure to be web traffic-generating gold! I also thought it would be fun to see if it would cause Dex to have an aneurism over at AEIOU and Sometimes Why.

This week’s challenge from the League asks you to reboot and recast one of your favorite movies with today’s Hollywood stars. While Star Wars should never be rebooted, the movie I selected definitely could use a remake…

I love, love, love this movie and have seen it dozens of times. The movie is a classic adventure story, heist flick, buddy cop movie mixed in with a dash of comedy. If you haven’t seen it, I advise you to stop reading now and go watch it, because the rest of this article is going to ruin some of the major plot points– and there is a MAJOR spoiler in this movie, so don’t let me ruin it for you.  (Some wonderful soul uploaded the whole darn thing to YouTube so go watch it now!) 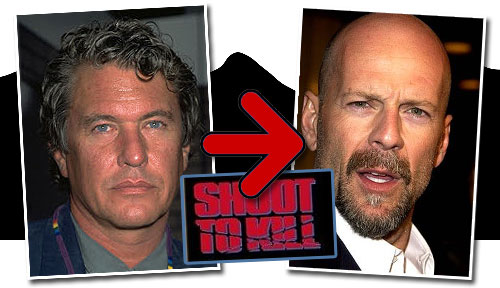 Tom Berenger was probably the weakest link in the original cast, but that is going to be corrected in the reboot–his hiking boots will be filled by none other than Bruce Willis. Willis is the most versatile actor in Hollywood and makes everything better. He would play the ill-tempered, rugged outdoorsman with a soft spot for his girl better than anyone out there. 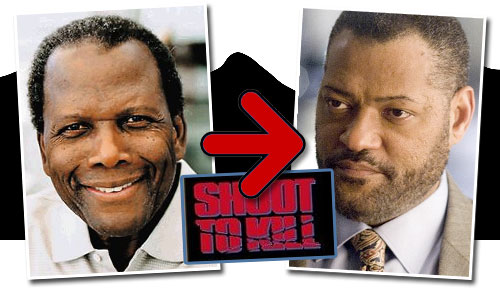 This character was originally portrayed by the incomparable Sidney Poitier. This was the most difficult role to recast, because how do you replace Sidney Poitier? I thought about putting Liam Neeson in this role, but wasn’t sure how he would play with Bruce Willis. I think Laurence Fishburne would be an excellent partner to Mr. Willis and can see them recreating the mountain climbing scenes very well. Neither of these guys is as young and invincible as they once were, which is why they both are perfect for the roles. 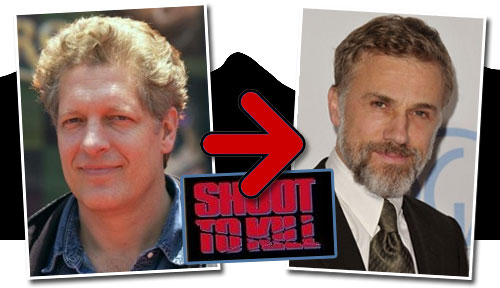 Clancy Brown has always been a great bad guy, and his role as the extortionist in this movie was absolutely made for him. In the reboot, Christolph Waltz would be an excellent replacement–he’s smart and creepy enough to pull off the role with ease and I would pay good money to see any movie with him playing the villain. 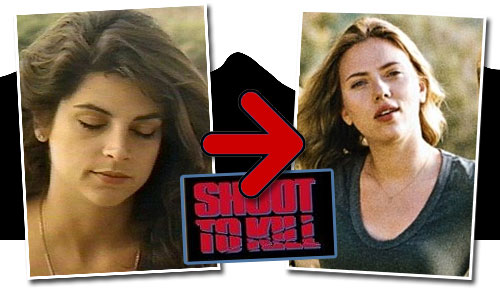 Remember when Kirstie Alley was really hot? Don’t believe me kids? Go watch the original Shoot to Kill movie and let me know what you think. Scarlet Johannssen is at her best when she dresses down, and I’m sure she could rock the flannel in this role. The major plot difference between the reboot and the original would be that ScarJo’s “Sarah” would have to be the daughter and not the girlfriend of Knox because that age difference is just too wide. Having this character as Knox’s daughter would ramp up his determination to get her back safely.

The other hikers could be played by just about anyone. It might be fun to put Seth Rogan or Ty Burrell in the mix.

A reboot is always a tricky thing. No one wants to see a classic movie remade with a whole new cast of characters, because the biggest reason a movie becomes a “classic” is its players. Harrison Ford will always be Indiana Jones, and Sylvester Stallone will always be Rocky Balboa. It should take a generation or two before anyone would consider recasting those characters, but lesser-known movies are ripe for rebooting. Shoot to Kill was a great movie, but it certainly hasn’t appeared on the AFI’s Top 100 movies list, so I’d love to see it remade, and maybe some more people would grow to appreciate the original as much as I do.

This is the latest post in response to the weekly blog challenge presented by the League of Extraordinary Bloggers. I’m not the only one rebooting Hollywood. Check out some other 80’s classics getting the ‘boot: Taxi Driver, M.A.S.K., Beastmaster, Three Amigos, Krull, Apocalypse Now, and Masters of the Universe (and more!).