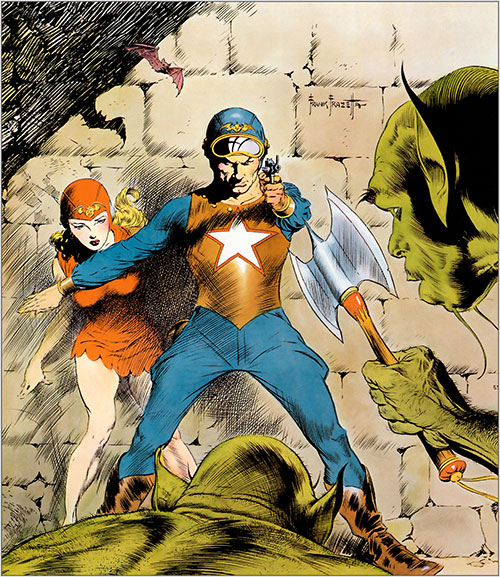 Buck Rogers is a character who has been around for almost a century, first appearing in the August, 1928 issue of Amazing Stories, and I think it’s about time we bring him back once again, in a movie or TV series. For those not familiar with the backstory, Anthony “Buck” Rogers was a WWI veteran, who worked for the American Radioactive Gas Corporation. While inspecting a mine, he was exposed to radioactive gas that sent him into a state of suspended animation for 492 years. In 2419, he wakes up and is confused by his surroundings–this is not Pennsylvania that he knows!

The Buck Rogers franchise has been revived numerous times in comics, and television, but it’s certainly ready for a major reboot. A few years ago, thee was a lot of buzz about a new movie being made by Paul W.S. Anderson, and before that, Frank Miller was supposed to be directing a Buck Rogers movie, but who knows what happened to those projects? Personally, I’d love to see Buck Rogers brought back as a steam punkish, retro TV series, similar to the way Firefly was developed and how it incorporated the old west with futuristic technology. I want jet packs, ray guns, and big bubble-headed helmets! 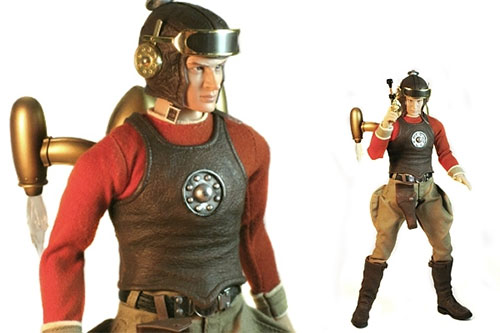 When thinking of this reboot, it was impossible for me to not want Nathan Fillion in the title role. He’d be perfect for it, but the comparisons to Mal Reynolds would be impossible to ignore and would surely doom the series. The actor would need to have that spark of humor while also being able to make the uniform look not ridiculous. Maybe Ryan Reynolds or Chris Evans?

For Wilma Deering, I would love to see Julie Benz, who I have become enamored with after watching her portrayal of Mayor Amanda Rosewater on Syfy’s Defiance. She has the right amount of confidence and capability, and some might say she’s quite the looker (plus, she already has the perfect outfit!).

What do you think? Is the 21st century ready for a revival of the hero from the 25th century?

This post is a response to the League of Extraordinary Bloggers weekly challenge. Other League members want to bring back Captain Power, the Starfleet Academy, Exo-Squad, and the California Raisins, among others.