When I walked into the restaurant, the last thing on my mind was the possibility of finding love, but you can’t plan fate. After placing my order at the counter, I turned around and caught a glimpse of fire engine red out of the corner of my eye. I played it cool and headed to my table, where I stole quick looks at her while other men approached. Honestly, I did try not to stare, but she had curves that challenged you to look away.

After mustering up enough courage, I approached her with more than a little trepidation, still questioning what I was going to do. This was a new experience for me, and I didn’t want to blow the opportunity. I walked slowly towards her and my hesitation almost cost me my chance, as another guy got to her first. It was obvious that he had done this sort of thing before–his moves were one fluid motion and before I could revise my plan, he had moved on, obviously satisfied with the outcome.

I glanced over my shoulder to see if anyone else was hoping for a chance, and seeing that it was clear, I made my move. I stood there for what seemed like hours, trying to form a cohesive thought, as all the possibilities flew through my mind. I fumbled a bit at first, but then everything just seemed to come into focus, and I delicately pressed all the right buttons. The results were magic.

Sadly, my time with her came to an end all to soon. I would have liked to have stayed by her side all night, but it was time for me to leave.

Many before me have fallen victim to her siren’s call, and I would certainly not be the last. I have gone back to visit her often and think that this might truly be love… 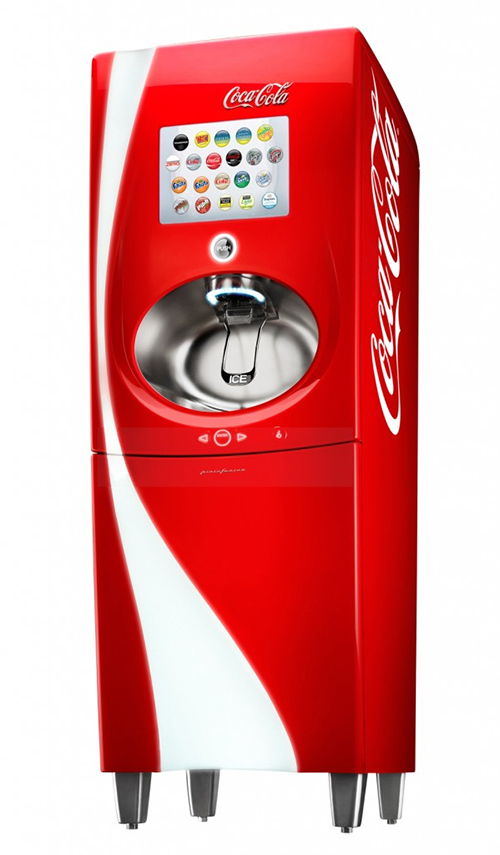 This week, the League of Extraordinary Bloggers is talking about their first experiences. Check out what Nerd Rage Against the Machine, Space for Rent, and Pop Rewind had to say.