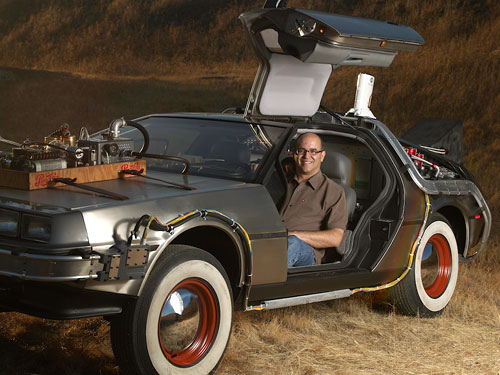 Desi DosSantos is a collector who managed to turn his passion into a successful business venture, ScreenUsed, an online marketplace for screen used movie props. Mr. DosSantos was kind enough to answer a few questions about his collection and the business side of buying and selling movie props and memorabilia.

You have amassed an amazing collection of movie props and memorabilia, and were even featured on Syfy’s Hollywood Treasure last year. What is the market like these days for movie prop collectibles? Are there any particular areas that are generating excitement?

Thanks for the compliment on my collection, but realize that it has taken about 16-17 years to finally acquire many of these pieces. The market is really still in it’s infancy. We have new customers every month, and many of them are first time collectors. I have not seen new names trail off ever since we started ScreenUsed in 2003. So that is a positive sign to me that there is not only continued interest, but interests do tend to scale across many areas. 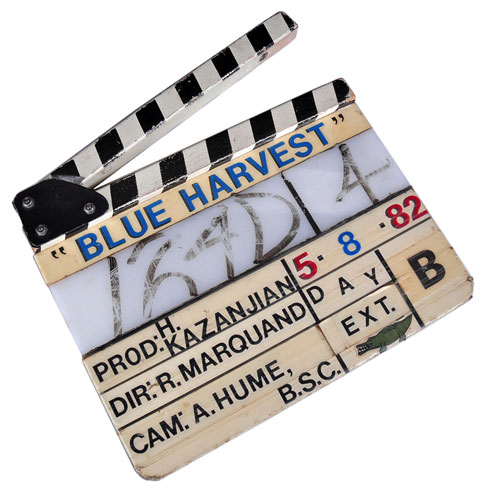 There were times when certain movies or franchises were just taking over the market – when the first Spider-Man movies came out, when the first X-Men movies came out, etc. There was a time when the Blade movies with Wesley Snipes had the hottest costumes and props. Over time, a lot of that settles in. Lately, and I can’t explain why, it is the time of clapper boards. For whatever reason we are getting many customers looking for production used clapper boards. They have been around for almost as long as movies themselves, but all of a sudden they have come to the forefront lately. Funny enough, we have recently run across some crew members with some cool clapper boards, like the Blue Harvest board in our upcoming auction. As most Star Wars fans know, that was the fake name of the production during some of the filming of Return of the Jedi.

What was the first piece of movie memorabilia you bought?

My personal favorite films of all time are the Back to the Future trilogy. Back in the mid 1990’s, I had tossed around the idea of somehow getting a hold of a real hoverboard that was used by Michael J. Fox in the second movie. I knew they were just props, and didn’t work, but thought it would be cool to have. This was around the time eBay was just starting up, so I took a stab and typed in “Mattel hoverboard” in the search field on ebay. I was stunned when one came up that was available for sale! It was all scratched up and it was $2900, and if I recall it had no bids. I immediately emailed the seller to understand how this could be the real thing. Turned out he was a prop/costume dealer and had a store where he sold this stuff. He explained how he acquired it from the production, and guaranteed it was real, and would supply paperwork he called a “COA”, which I had never heard of before. Within minutes he had my credit card info and it was shipped to me over night.

At this point, my wife thought I was insane spending that much on what looked like a pink wood skateboard deck. However, I do have to warn people all the time, this hobby is like an addictive drug – gotta have more. I was on the phone with him in about a week, purchasing some of the other hoverboards used in the chase scene over the water. My goal was to acquire all 5 styles of hoverboards. It took me almost a year, but it eventually was completed – and I still have a set of all 5 hoverboards to this day in my collection. 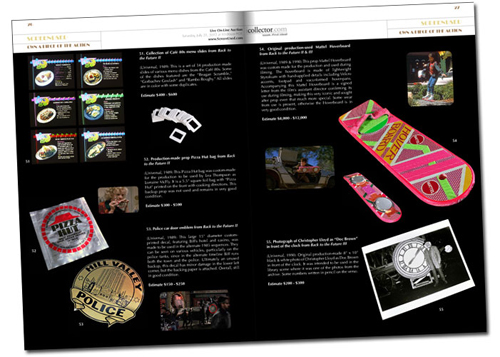 Don’t you also own another little prop from Back to the Future 3–the DeLorean? What do you do with something like that? Do you ever take it out for a spin?

Well the key here is “used to own”. It was actually co-owned by my business partner, Jeff Castillo and myself. Over the years, in our hobby and eventually our business, you get to meet many production crew folks. One day Jeff gets a call from someone asking if he was interested in buying the DeLorean used in one of the BTTF movies. It turned out Universal wanted it out of the way as it was sitting on the back lot for many years. We jumped on the opportunity, and then 8 years later, after a long extensive restoration that my brother, Brian, performed on the car, we sold it at an auction in Hollywood in December 2011. It is now under the care of a great family that plans on taking it to select events in order to help raise awareness for the Michael J. Fox Foundation for Parkinson’s Research, along with awareness for selective veterans organizations in Massachusetts.

However, to answer your question, once the restoration was done, I would drive it up the street and back every once in a while to keep everything lubricated, but I never took it even around the corner. It was just too valuable to take the chance. It was parked in my garage most of the time, covered up. With work and other life obligations, I didn’t have the time to show or display it anywhere. And if I did, I would have been worried the whole time. We eventually displayed it in the San Diego Air and Space Museum for a few weeks, then we showed it at Comic-Con last year, and finally at a museum in Monterey during the big Pebble Beach Concours d’Elegance car week last year. During these events we were able to let fans see the car in person, take a picture with the car, and also raise funds for the MJF Foundation for Parkinson’s Research. It was rewarding to do, but very expensive, time consuming, and scary for us as owners of this piece of history. It was time to turn over stewardship of this cultural icon to someone else that would take the same care of it, and continue to let people experience it.

I have to ask–are you married? I have a tough time justifying a $50 purchase to my wife, let alone a million dollar piece of Hollywood history!

I have had that question before – yes I am married, almost 31 years now. The first pieces were tough to get by the capital committee, but she started coming around once I got into the typical collector mode of sell something to buy the next piece. She was realizing that almost none of the piece went down in value, and in many cases they went up. That $2900 Mattel hoverboard I purchased as my first prop would easily sell in the $20K to $40K range today, depending on condition. Over the years, the collection has turned into our retirement one day. Or at least it better, because I have spent our future retirement money on it already! Also, it helps that she owns Maverick’s helmet from Top Gun.

Ha! You are a very lucky man. On a personal note, I’m a huge Planet of the Apes fan. Have you got any ape suits hanging in your closet that are looking for a new home?

There are actually quite a few Planet of the Apes fans out there. Over the years, we have had several costumes, guns, clubs, masks, etc from the movies and even the television shows. Lately we have not run across as many, but they are always out there and do show up in auctions from time to time.

Is there a “holy grail” item you would love to have in your collection?

I think I may have gotten over the “holy grail” thought. The problem is, there is no “holy grail”, it is usually a list of items. Most collectors are never “done”, the collection is never really complete. I have acquired and even sold some of my holy grails. As a collector, your preferences can change over time. As well, there is usually a price that can possibly turn that grail into a sale. In my collection, I had what I would consider to be the best Indiana Jones fedora in existence. When the Indy DVDs finally came out, I was able to match it on Harrison Ford’s head by stains, loose threads, specific wrinkles in the bow, etc. There was no doubt about it, it was the one he wore for about 80% of Raiders of the Lost Ark. It has moved on to a good friend in his collection when he called me one day and made an offer I could not refuse. 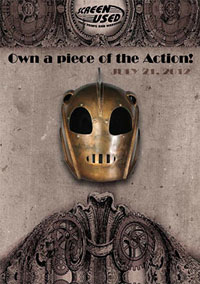 Continue reading the second part of this interview >>

Check out the catalog for the upcoming ScreenUsed auction.