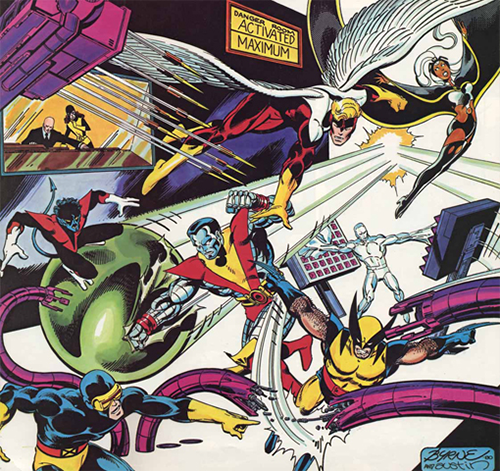 This week’s challenge from the League of Extraordinary Bloggers asked where you would like to spend a night in the world of pop culture. As a kid, I devoured comic books, and I always wanted to visit Westchester, New York’s Xavier Institute, from the X-Men comic books. Sure, the house and grounds are pretty extravagant, but the reason I want to visit is the Danger Room.

The Danger Room is basically a paintball course on some serious steroids. The room throws challenges at you that you are supposed to counter with your mutant abilities. The early version of the room used real physical attacks, but I don’t want any of that, I want the later version built with the Shi’ar holographic technology, so in theory, I won’t get killed. Of course, the safety measures were often compromised, but let’s pretend for a minute that wasn’t a possibility on the night I stayed over.

How much fun would it be to be tossed into dangerous situations without the possibility of actually dying? It would be the ultimate immersive first person shooter video game. Load up the Halo module and take out the covenant forces, or pop in the Call of Duty mod and track down a nondescript terrorist cell.

I’m not sure if the Danger Room caters its challenges towards your particular skill set, but if it does, I’d probably be pitted against a group of rowdy 5-year-olds who want to play with all the vintage toys in my display cabinets. shudder.

My fellow League members have chosen other pop culture destinations for their sleepover. Jason is headed to the ‘Burbs, Daniel is headed to Mockingbird Lane, and the Dorkette is headed to a place called Llanview. Read even more selections here.