Yesterday, I visited a local comic show put on by Shoff Promotions. I’ve been out of the comic book collecting game since the late 80’s, but it’s still fun to pick up random comics when the opportunity presents itself. I’m the worst kind of collector though — my purchasing decisions are based on the cover art alone. These comics are not being bought to read — that’s what trade paperbacks are for — and I’m not really buying them to complete a run or a set. Nope, I just buy the covers that grab my interest and will look good on display. Case in point… 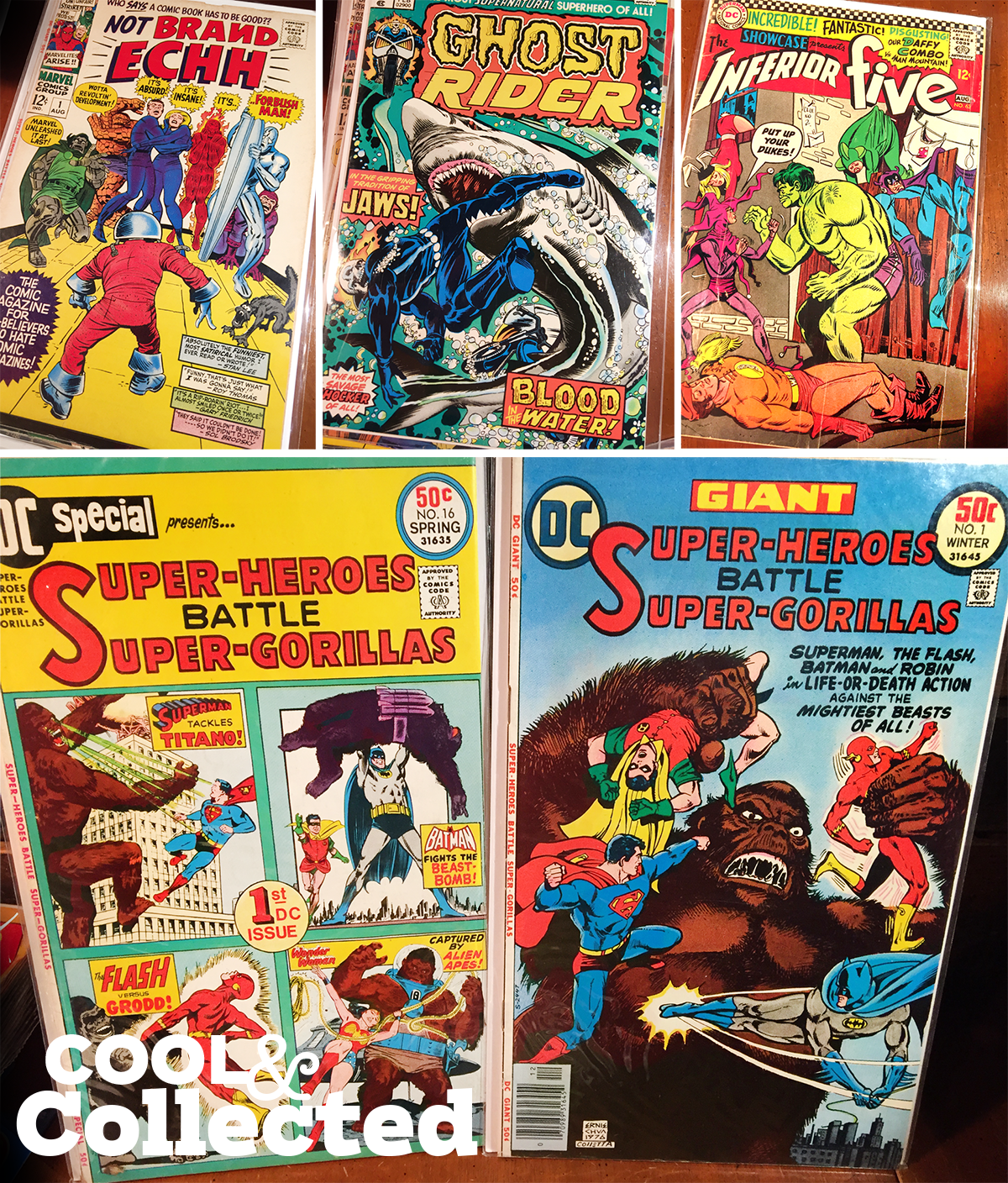 The bargain bins are my friends. You know I’m not going to pass up a comic featuring super heroes AND super gorillas. There were plenty of high-grade, key issues all around the show room, but those comics far exceeded my limited budget, so for me, it’s all about the dollar bins. 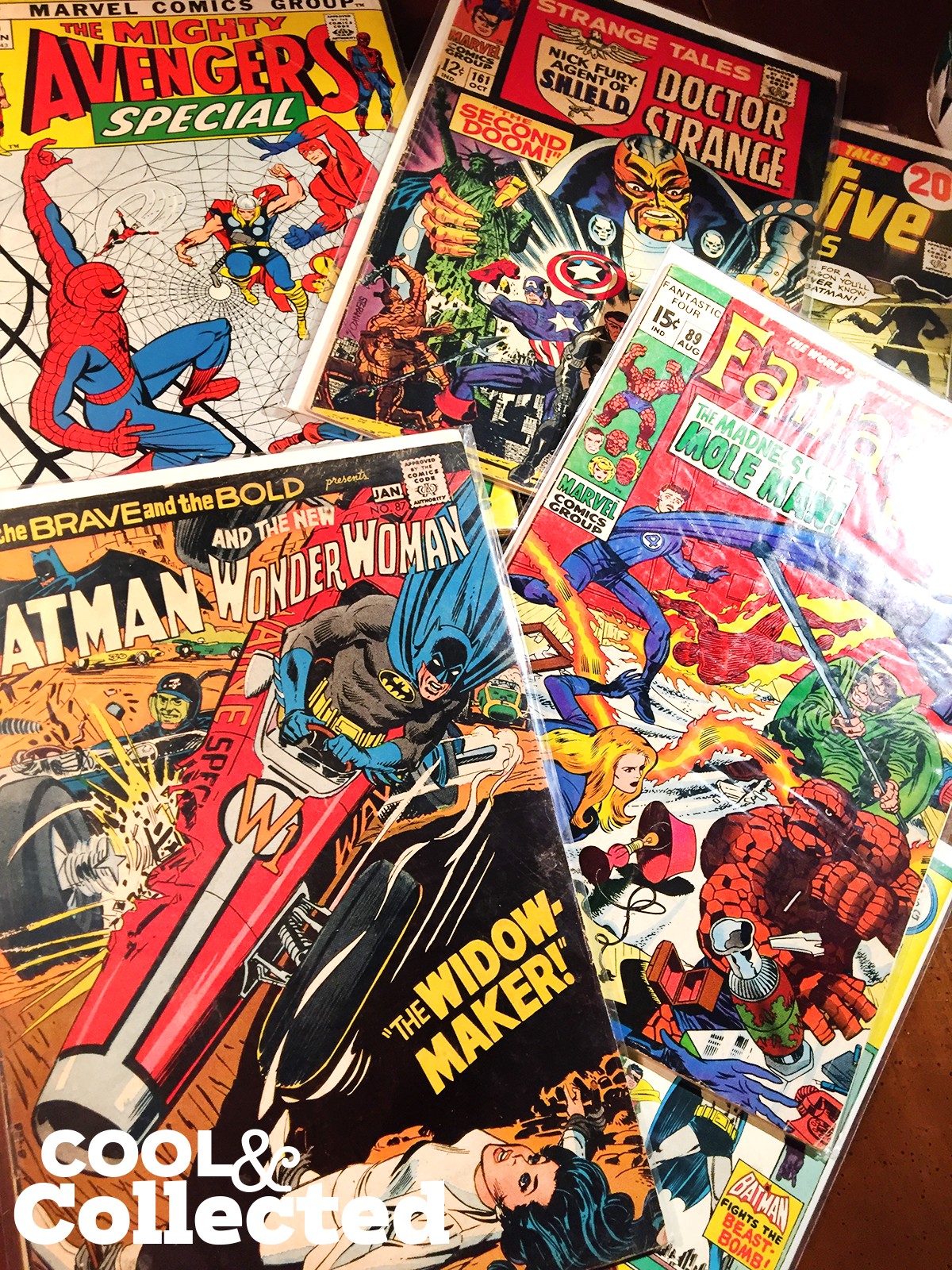 There is nothing better than the cover art on an old comic book from the 60’s. Fantastic Four comics are one of the cheaper titles when it comes to old comics, but they have some of the most action-packed covers of the era. 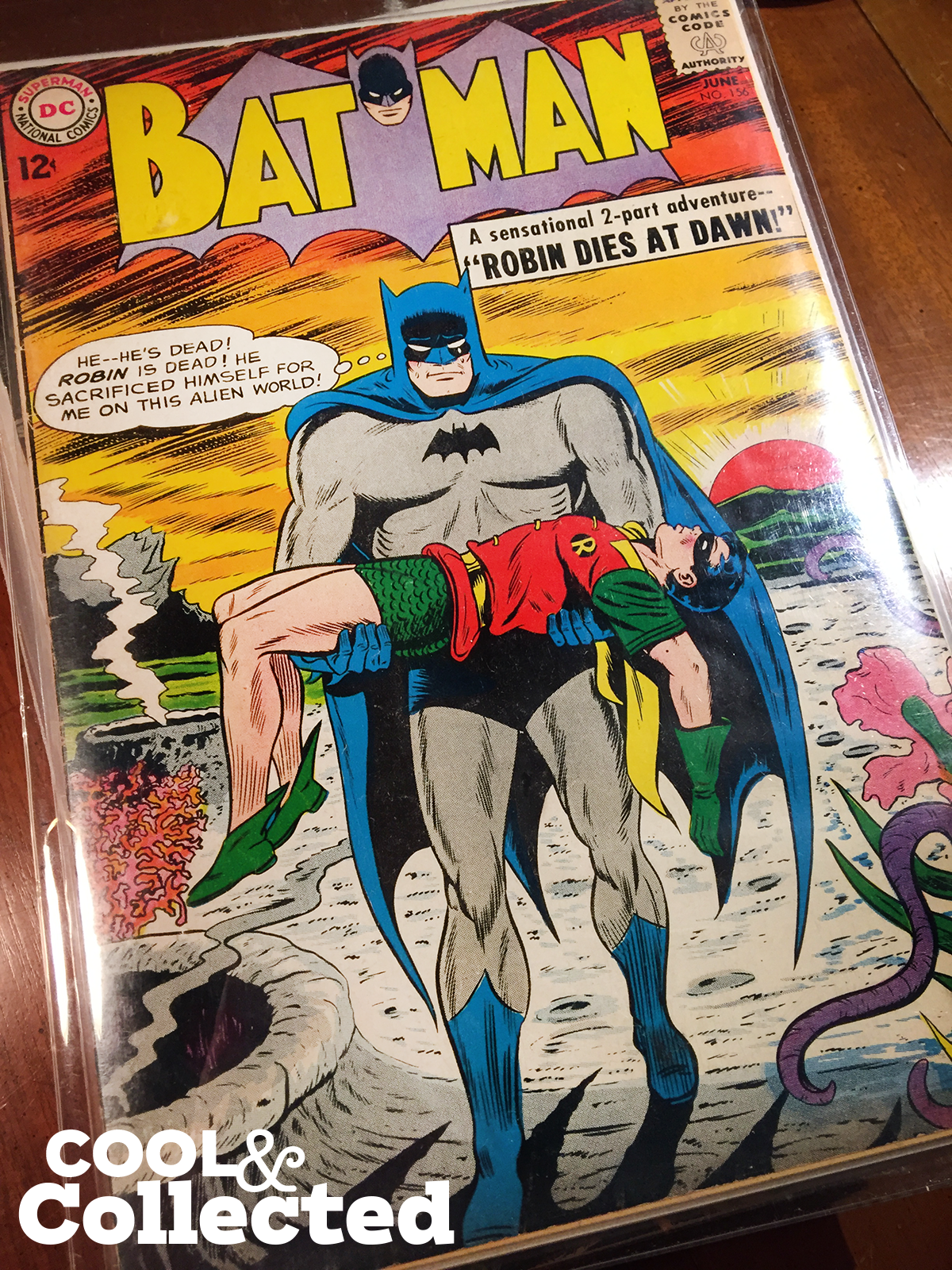 I did bring home one “good” comic for my collection. No, it’s not good because Robin dies, it’s good because it is an awesome looking comic and will look great displayed with the rest of my vintage Batman collection. This one’s not going into a box. 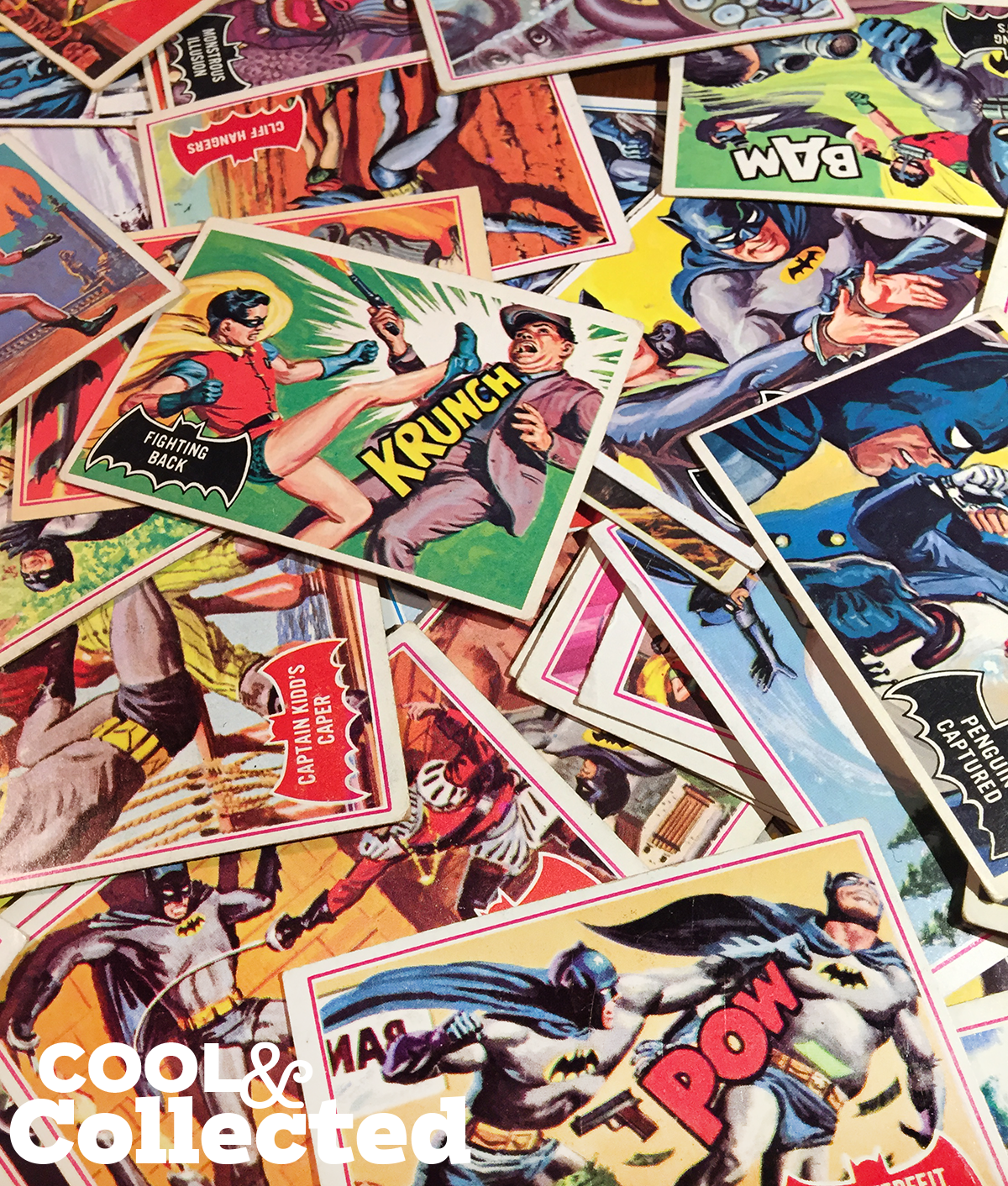 The last thing I came home with was a stack of Batman trading cards. There are already a bunch of these cards in my collection, but I couldn’t remember which ones, so it was just easier to buy the bunch. I really need to start making lists.

Going to a comic show is a rare event for me, but I had a great time this weekend. Next month, there will be another Shoff Promotions show where Neal Adams will be attending, and while I’m not too keen on paying people for their autographs, it would be fun to see the legend in action.

Comic book dealers probably love me for buying comics that have collected dust for years. It’s clear that I’m a terrible collector, but I can’t be alone. What sort of comics do you seek out that might fall just a bit outside of the Overstreet Guide’s heavy hitters?