Joe and Jon are on the hunt for the Cowardly Lion’s courage badge from the Wizard of Oz. They visit John Azarian at his New Jersey home (nice spread!) to deliver the Lost in Space space pod he won in the first episode.

Azarian has made his fortune in real estate and has amassed an incredible collection. Azarian’s collecting interests perfectly align with my own, but while I might buy a vintage Superman pinback, he is buying an Christopher Reeves’ original Superman costume. 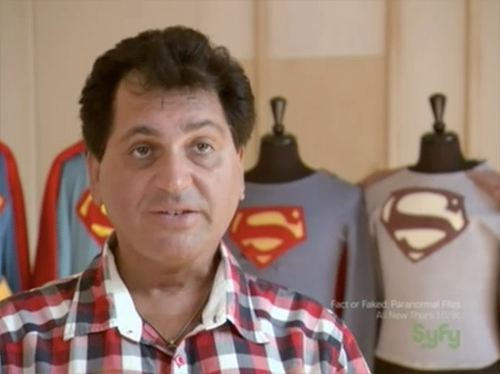 We get to see some of his costumes from the X-men, and various Superman movies. Please, Mr. Azarian open your home to tours. I can drive to Jersey! 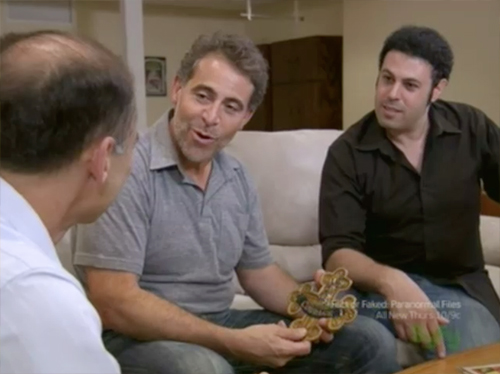 Azarian tells Joe to contact Michael Stein about the Cowardly Lion’s courage badge. Thirteen years ago, Stein outbid Joe for the courage badge, and Joe has regretted it ever since. Stein isn’t ready to sell the badge, even though Joe thinks it might fetch $200,000-300,000.

Richard Lindsay is an avid collector and wants to sell a couple of his items. He brings Joe a license plate from Jurassic Park, and the original Bob Kane art for a 1940’s Batman comic strip. I loved seeing how these items were custom framed with presentation in mind. These were not stowed away in someone’s basement, these were professionally mounted and enjoyed by a true collector. 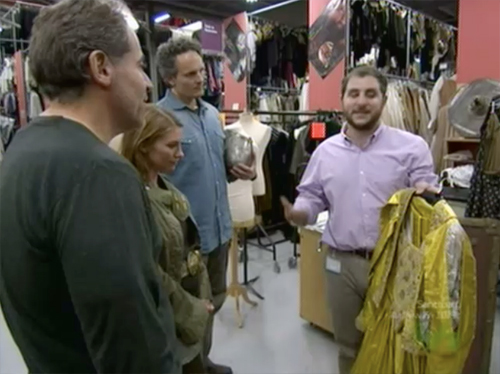 Joe, Brian, and Tracey go back to London to follow up on some of the leads they generated in the Chitty episode. This time, they meet with Jeremy Angel of Angel’s Costumes, which has a massive warehouse of costumes. Angel shows them a few marquee items, such as a Raiders of the Lost Ark costume, and Gwyneth Paltrow’s dress from Shakespeare in Love. Unfortunately for Joe, none of these items are going up for consignment.

Jon tries to authenticate the Bob Kane newspaper strip. He shows how you can see erased writing by viewing the art  under a black light. He is convinced the artwork is legitimate. 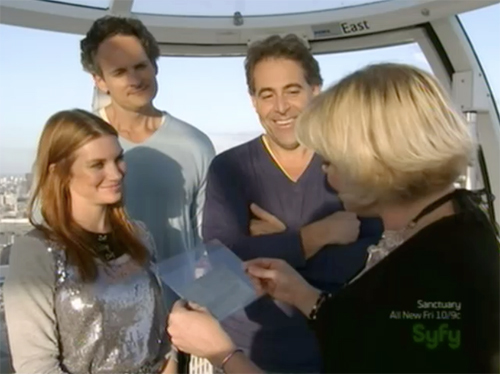 Back in London, the crew meets with Julie Dawn Cole, who played Veruca Salt (I love that name) in the original Willy Wonka movie. They go for a slow spin on that huge ferris wheel, the Eye, where Cole shows them the original golden ticket her character received in the movie. She decides it is time to sell it, and they seal the deal with a champagne toast.

It’s auction day and the Jurassic Park license plate sells for $3,000. It probably cost a third of that to frame it, so the owner isn’t too pleased, but he is pleased with the Batman art, which sells for $37,500. Veruca Salt’s screen-used golden ticket from Willy Wonka sells for $47,500. Not bad for a little piece of paper.

This was another great episode of Hollywood Treasure. What I’ve learned from watching this show is that I need to stop writing this blog and go find a job that gives me the income to buy Bob Kane art and Superman costumes. Anyone hiring? Anyone else see anything they liked in this episode?