Over the last 25 years, Joe Maddalena has bought and sold the most important movie memorabilia in the world. The first episode of Hollywood Treasure introduces us to Joe and his employees at Profiles in History, and we get to see how they find all the incredible memorabilia they sell at auction. Joe loves what he does and is always on the hunt, and I am insanely jealous and want his job.

The show begins like an episode of TMZ, with the Profiles in History staff talking about possible leads to follow, with Joe shouting out directions. 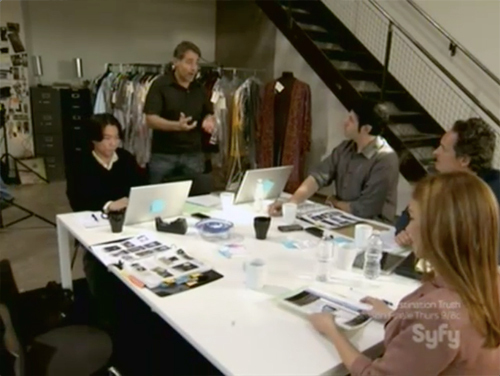 Joe and Brian go to U Pick Parts, an automobile junkyard in California that has the shark from Jaws hanging between some palm trees. They learn that the shark is not the one used in the movie, but is actually from the Universal Studios tour. The junkyard owner is not interested in selling the shark at this time, but I bet we’ll see it again in a future episode. 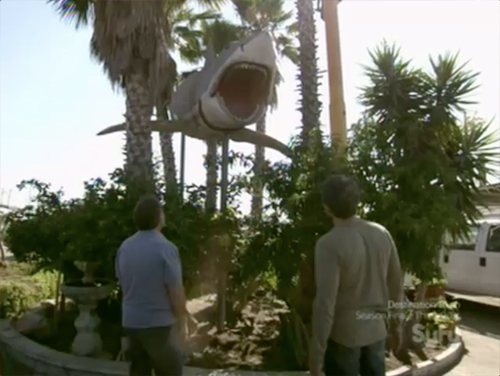 The staff is putting together an auction that will feature many items from the original Lost in Space television show. We meet mega-collector, John Azarian, who looks like a cross between Joe Pesci and the guy on Cake Boss. John has one of the largest Lost in Space collections in the world, and hopes to open a museum one day. John has flown in from the east coast to preview some of the items. I would love to be able to fly across the country to view expensive stuff to buy for my hobby. Where do I sign up for that job? Anyone? 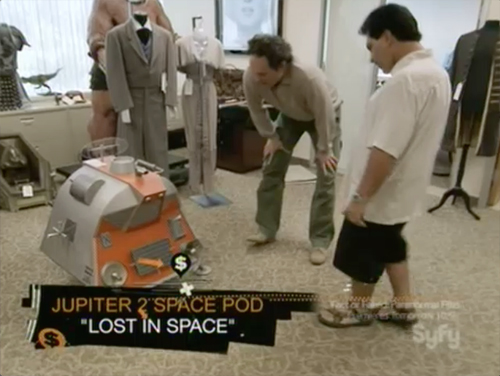 Joe learns of a potential holy grail lurking in a suburban Chicago basement. He meets Eric Rosen and his family, who believe they own Mary Poppins’ carpetbag. Joe wants to be sure of its authenticity, so he takes the bag back to California to study it further. Joe tells the Rosens that if the bag is authentic, he thinks it is worth $10-15,000. 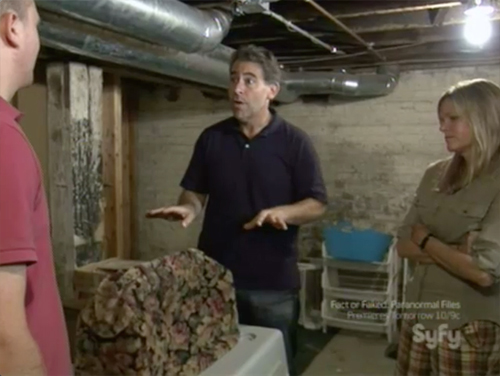 I can’t believe that the Rosen’s had this in a box in their dark, damp basement. They actually even used it as a suitcase when they travelled!

After visiting the Rosens, Joe goes to Bobby Cosi’s house. Bobby was a sculptor for movie studios, and has a fully-functioning replica Batmobile sitting in his driveway. It took him 10 years to build it, and it is freaking awesome. Bobby’s garage is filled with unbelievable Batman costumes from the movies, and a scary-real Heath Ledger Joker sculpture. Bobby has a tiny studio in a “closet” in the basement, but he has churned out some professional-grade props in that small space. 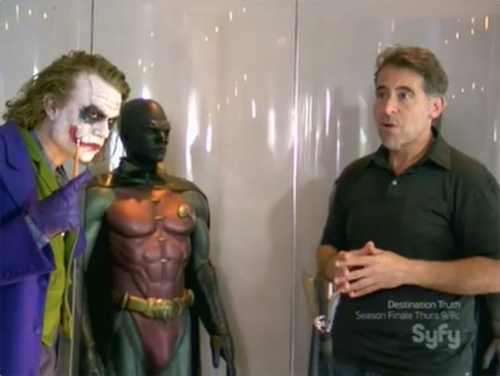 Bobby isn’t interested in selling any of his items, but has asked Joe for an appraisal, and then the two of them go for a ride in the Batmobile. 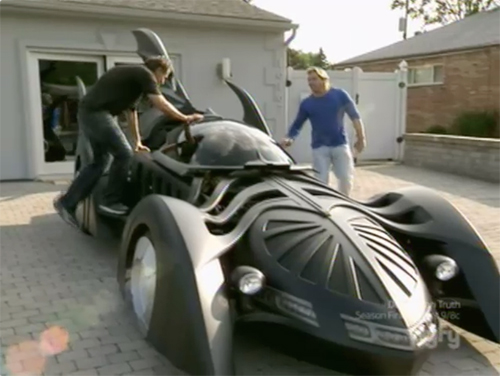 Joe brings the Mary Poppins carpet bag back to his office where they examine it against footage from the movie. They determine it is defintiely the original bag used in the Disney classic.

The show ends with the auction, which has 200 phone bidders, 1,000 internet bidders, and a room full of live bidders. The prices for the items are really high, which is great for the sellers, but not so great for the buyers like John Azarian. An original hero laser rifle from Lost in Space, sells to a phone bidder for $70,000, but John does pop for the Lost in Space Jupiter 2 space pod for $85,000!

The carpet bag from Mary Poppins far exceeds all estimates, and sells for $95,000.

After watching this first episode, I officially have a new favorite tv show. If Joe Maddelena and his crew can keep finding great items like they did in this episode, I will keep on watching faithfully. What did you think? Did you see anything that you would have spent $95k on for your collection?