Disclaimer: I love King Kong. I am going to write a glowing review of this episode solely based on the fact that it features amazing King Kong memorabilia. You have been warned.

In this episode Joe Maddelena is off to New York to view an original Frankenstein 6-sheet movie poster. To brush up on his movie poster knowledge, Joe visits Poster Mountain, a company that restores rare and valuable posters. Poster Mountain’s John Davis shows joe the processes involved in bringing a torn and tattered old poster back to its “original” glory. 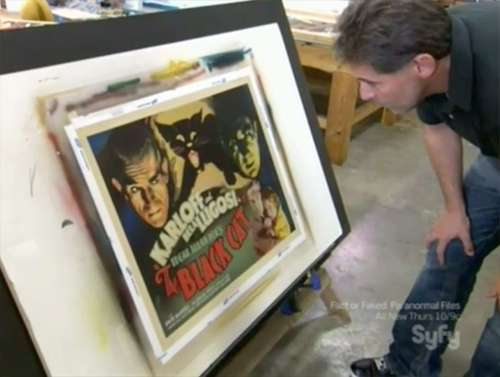 I could watch an entire series based on the efforts of these restorers. Take the hint, Syfy! I have actually linen-backed movie posters myself, and it is a delicate process, never mind the hand repairing and painting. These people are true artists. If you want to see some great examples of the restoration process, head over to Youtube and search for “Posterfix.”

Back at the Profiles in History office, Tracey receives a prop from the Stargate Universe series, a Jaffa head, and now needs to authenticate it. It’s become a recurring motif on this series that Tracey has difficulty with her job and Joe has to light a fire under her. I wonder if Tracey was an employee of Profiles in History before they found out they were going to be starring in a TV show. A part of me thinks she might have been brought on board to lower the testosterone level a bit. I’m not complaining.

Joe and Jon fly to New York and meet with Vincent Zurzola and Stephen Fishler of Metropolis Comics. I thought it was cool seeing Vincent Zurzola, since he’s been all over the news recently after handling the record-breaking sales of Action Comics #1 and Detective Comics #27. 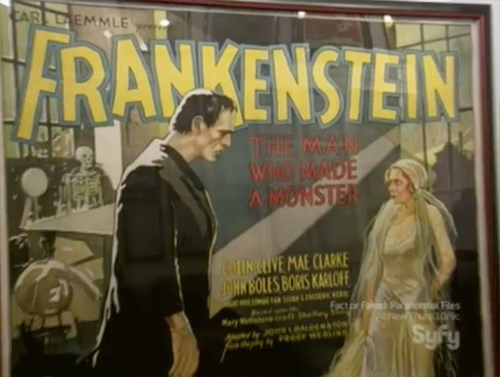 The Frankenstein poster is a massive 6-sheet poster that was found in an old suitcase. Joe is convinced it is the real deal and is easily worth over a million, going as far as to state that it is “the most valuable movie poster in the world.” Stephen Fishler is happy to hear the news, though I’m pretty sure he knew exactly what it was worth before Joe showed up, but he is not interested in selling it. Joe is crushed. He looks like somebody just backed over his cat in the driveway. Stephen assures him that if he ever changes his mind, Joe will be the one to sell it.

Joe goes to the home of Joan Knox to discuss some vintage King Kong photos and negatives that her father, Ernst Bachrach, had taken during the filming of the 1933 classic. Joe hopes to get $50,000 for the whole collection, and doesn’t want to let Joan down, since she is selling her father’s legacy. 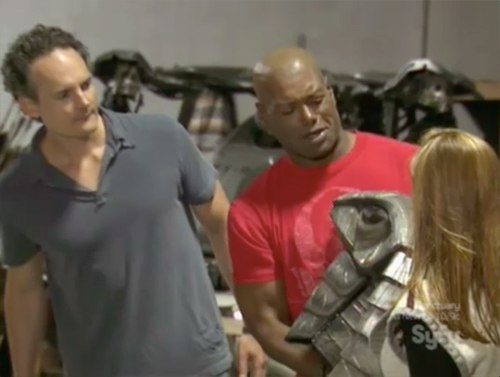 Tracey finaly manages to find someone who can authenticate the Jaffa costume, none other than Christopher Judge, the actor who played Teal’C on the Stargate series. He remembers wearing the costume, which is a pretty convincing argument for it’s authenticity. One of the things I love about this series is seeing the actors outside of their roles, and how they are really just people. Beautiful people with biceps the size of my thigh, but still. It’s just kind of cool to see them in street clothes and not in full-makeup.

Brian tells Joe about Orville Goldner’s King Kong models. Joe goes to visit with Dr. Steve Lazaro in Chico, California. Thirty years ago, Steve bought a collection of Orville Goldner’s original concept drawings and a bi-plane model from the King Kong movie. Like a true collector ( god love him), Steve wants to keep the collection together rather than break it up. Joe estimates the whole lot at $100-150k. 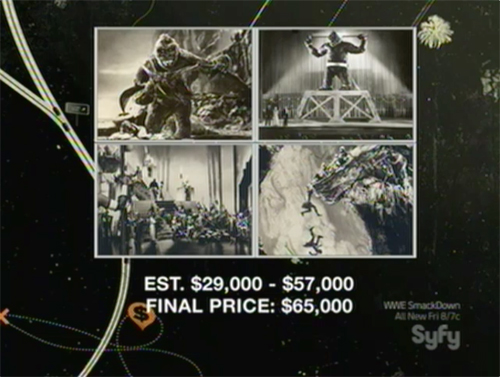 Auction day arrives and the bidding is good, as usual. The nine original King Kong prints and 50 negatives sell for a combined total of $65,000, with one of the photos selling for $27,500 by itself. The Jaffa costume from SG-1 sells for $14,000.

The Orville Goldner King Kong art and bi-plane prop sell for $190,000. Money well spent, if you ask me. I remember reading about this auction earlier this year and even wrote about those King Kong items because they are so incredibly amazing to me. Please, somebody put those things in a museum.

Any other King Kong fans out there. How much would you have paid for those items?