The latest auction catalog from Hake’s Americana & Collectibles hit my mailbox over the weekend, and as usual, I spent a good part of an afternoon poring over the pages, fascinated by the pop culture rarities they unearthed for this amazing event. After browsing though a Hake’s catalog, I like to list some of my favorite items which tend to be Batman-centric — and believe me, there are some awesome vintage Batman items in this catalog to be sure — but this time around, I wanted to dig a little deeper for some non-Batman items that I would love to add to my cave, and here are some of my top picks…

Zoltan! Yes, yes, yes! Anyone who has ever seen the 80’s classic, Big, with Tom Hanks would definitely light up when seeing this vintage fortune teller sitting in your cave, waiting to dispel his wisdom. What an amazing conversation piece this would be, and I want it!

If you’re going to have one robot in your collection, it has to be this one. This particular “Robby the Robot” from Forbidden Planet was made in Japan by Nomura in 1957.  It walks, pistons churn, lights go on, and its antenna spin around — what could be better? Oh, and the box is included too, and the graphics on it are amazing!

Anyone can hang an X-Men or Superman comic on the wall, but how great would this collection of vintage Black Cat comics look as a display? These comics were produced in the 40’s and 50’s and are so much fun to look at, that I would probably just stare at them all day. 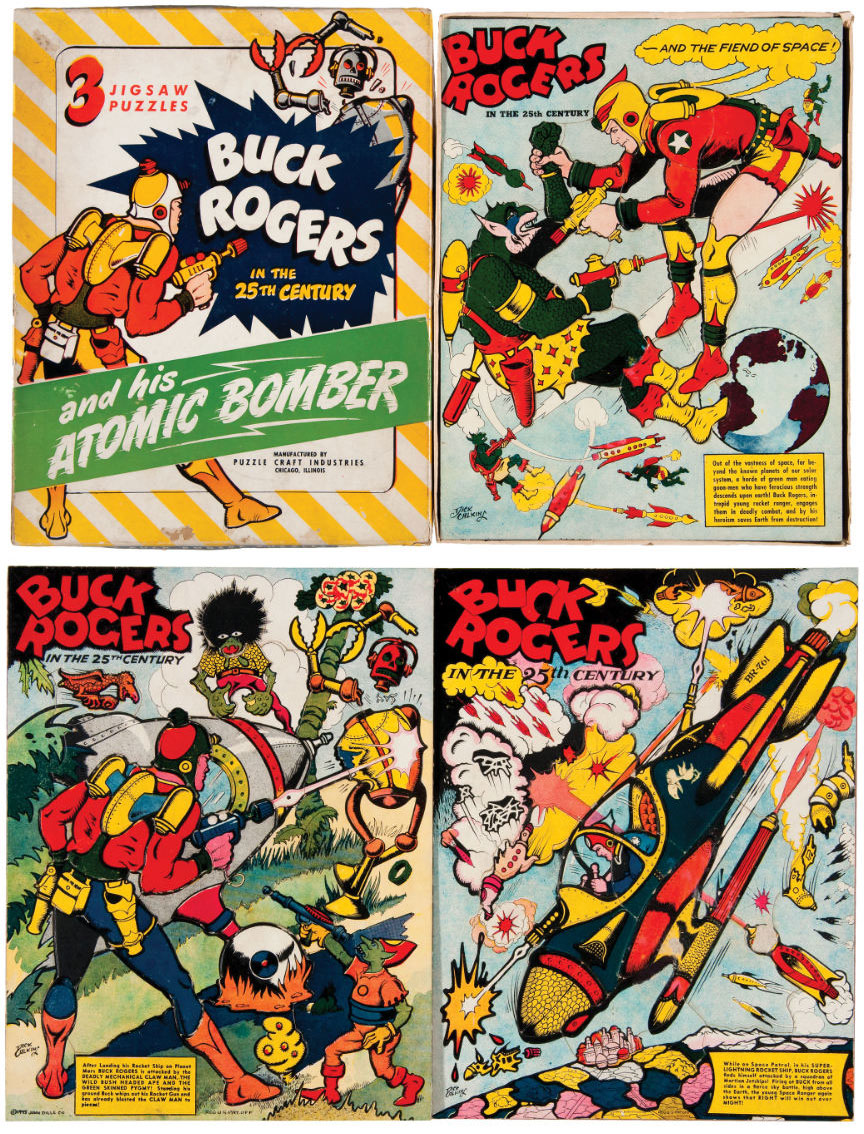 Now, while we’re deciding on what to put on the wall, these Buck Rogers puzzles definitely need to be framed and hung in a place of honor. The style of the artwork on these is incredible, with their think lines and bold colors. I wish someone would use this technique and create art for some of my favorite movies from the 70’s and 80’s. Get on that, internet! 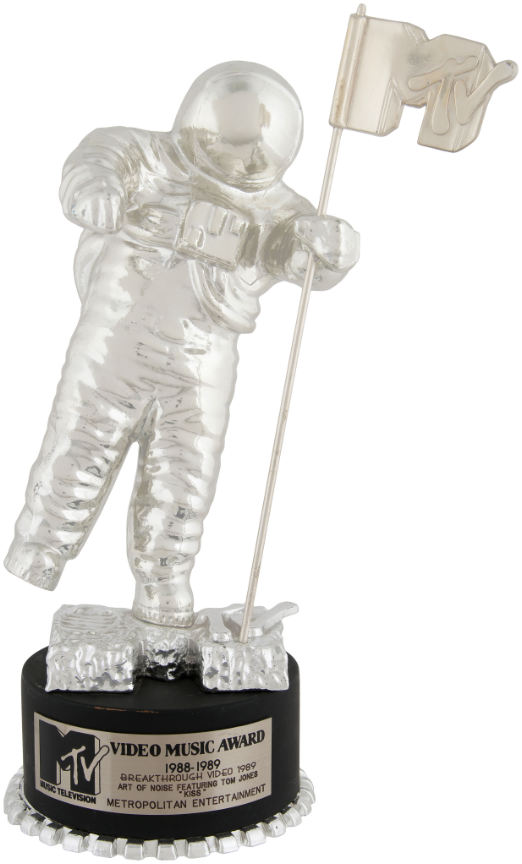 And finally, here is quite possibly the greatest conversation piece of all — an authentic “Moon Man” trophy from the MTV Video Music Awards! I fondly remember watching the awards shows back when MTV ran music videos, and there is no better piece of bling than this guy. As an added bonus, this particular trophy was given for a good song, Kiss, by Tom Jones & Art of Noise.

There’s plenty more to see, so head over to Hake’s and check out the full auction catalog. I’d love to hear what you would buy if money were no object!