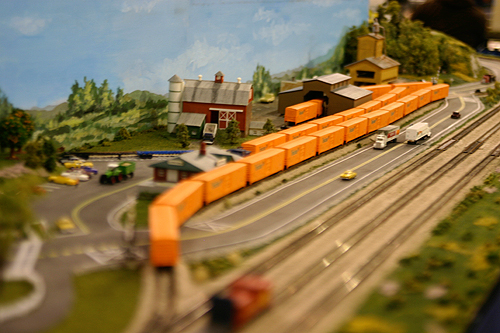 Over the weekend, I visited the Greenberg Train & Toy show on its stop in Chantilly, Virginia. This show rolls through town a couple of times a year and I usually shell out the seven bucks to attend. This time, I left the kids at home so I was able to actually stop and look at the vendor stalls and take a few photos — something that is hard to do with a 5-year-old and a 2-year-old tugging on each hand.

I’m actually glad I left the boys at home this time, since the show had only few things that would have entertained them. The show was more for buying than for entertaining, which is a shame. There were only a few train layouts set up and a single ride-on train to make the show kid-friendly.

I’ve been attending model train shows for years and have dabbled in a layout of my own. The hobby seems to be dying a slow death, as it can be incredibly expensive, and kids just aren’t as interested in trains anymore. I’m in my late 30’s and I was probably one of the youngest guys there. If the model train community wants to survive, they need to do more to energize the youth — have some hand’s on activities for the kids, and bring in the LEGO train builders. A few simple things could go a far way in exciting the next generation about the hobby.

If you are a buyer or collector of trains, there was certainly plenty to see: 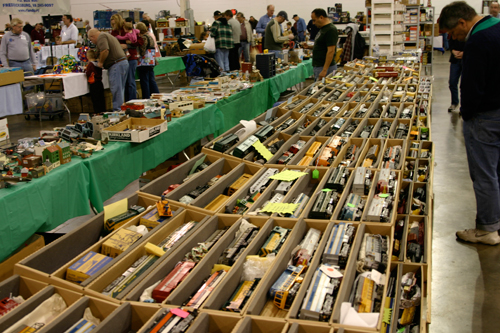 Here’s a vendor who specialized in Lionel trains: 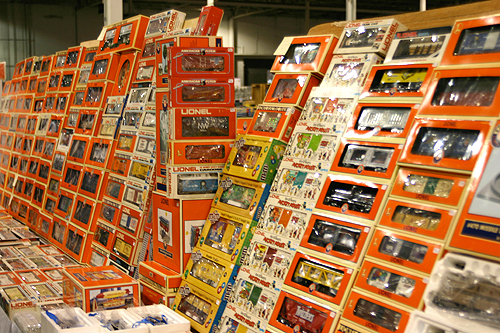 I loved this assortment of vintage built-up model planes: 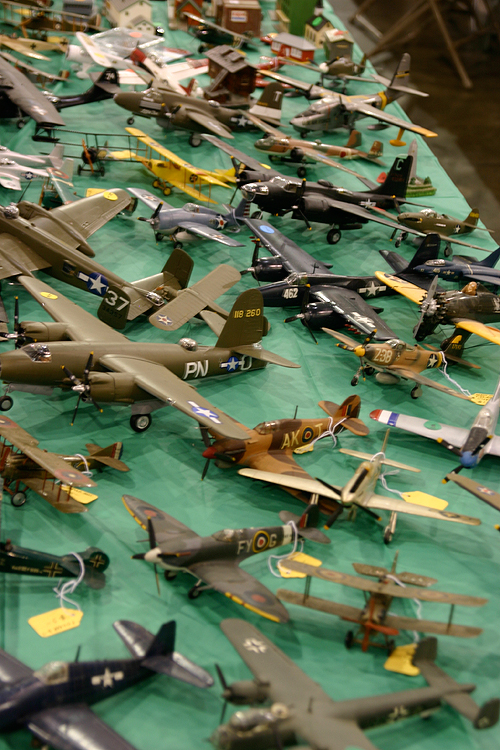 Of course, my reason for going to the show was to find some old toys. There were probably over 200 exhibitors but only five toy vendors, so the selection was a bit anemic. There were two vendors who had a nice selection of pop culture items including this one: 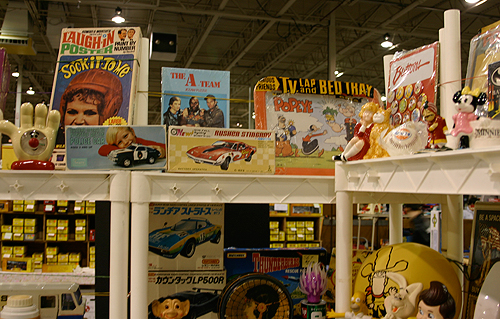 I spoke with the owners of these booths and was particularly interested in one, who stated that he saw the light a few years ago, in that the younger generation wasn’t interested in trains nearly as much as it was interested in toys such as action figures, so he switched his entire inventory. From what I could see, he made a wise decision as his booth was the busiest one around. I bought three items from him and will quickly seek him out at the next show. 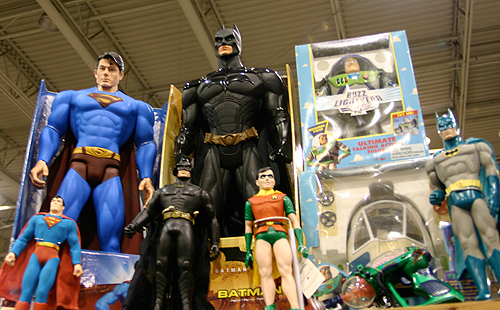 Nestled among all the vendors, there were even a few working train layouts to ogle. As I said, I’ve been to this show many times, and I’ve seen these same layouts many times. Some of the modules are excellent and richly detailed, but I wish the modelling clubs could bring in some new blood and get a little more creative with their displays. I’d love to see a futuristic layout or one based on pop culture (of course). 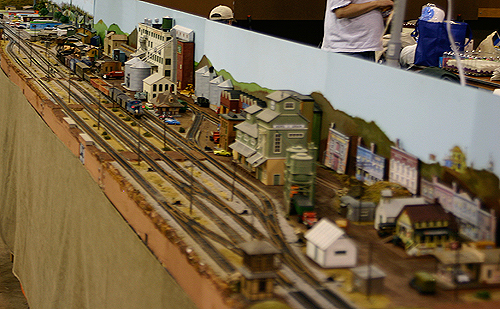 Overall, the show was great if you wanted to buy some trains. I’m sure I’ll continue to attend and will be interested in seeing if more toy vendors start to show up. You can see the vintage goodies that came home with me here. Did you go to the show? What did you think?