Yesterday, I went to the Greenberg Toy & Train Show in Chantilly, Virginia and saw plenty of trains and even a few toys. Here are the toys that found their way home with me…

I instantly fell in love with that Lone Ranger Squirt gun. I have a Batman and a Superman from the same series by Durham, but this one is still in its original packaging, albeit packaging that has been opened and re-taped, but it’s still pretty sweet! The large Batman pinback is from 1966, like most vintage Batman items, and is one of the few buttons I don’t already own. The Godzilla and King Kong are Imperial toys from the mid 1980s. 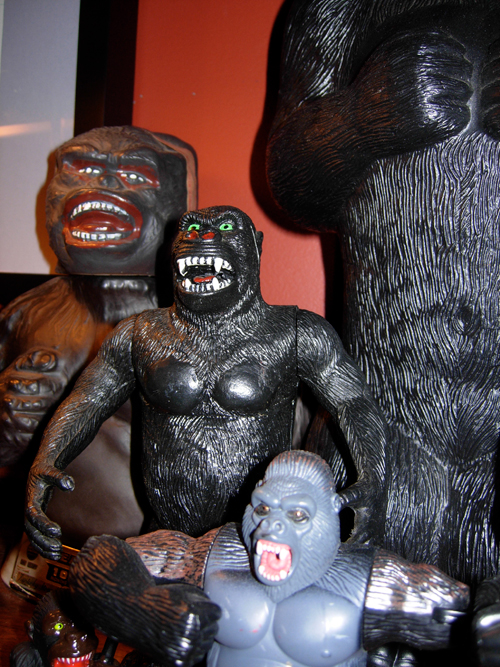 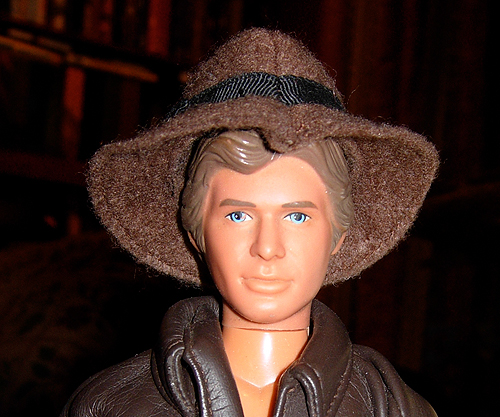 What can I say about this Indiana Jones figure? I don’t get it. This figure has a nice leather jacket, and tailored pants, but that hat! What was going on at the Kenner sweatshops when they made these things? This figure (no, it’s not a doll, I don’t buy dolls) was one of those purchases where I immediately asked myself, “Why did I buy this?” He doesn’t even have his shirt. I guess I just needed to have that hat.