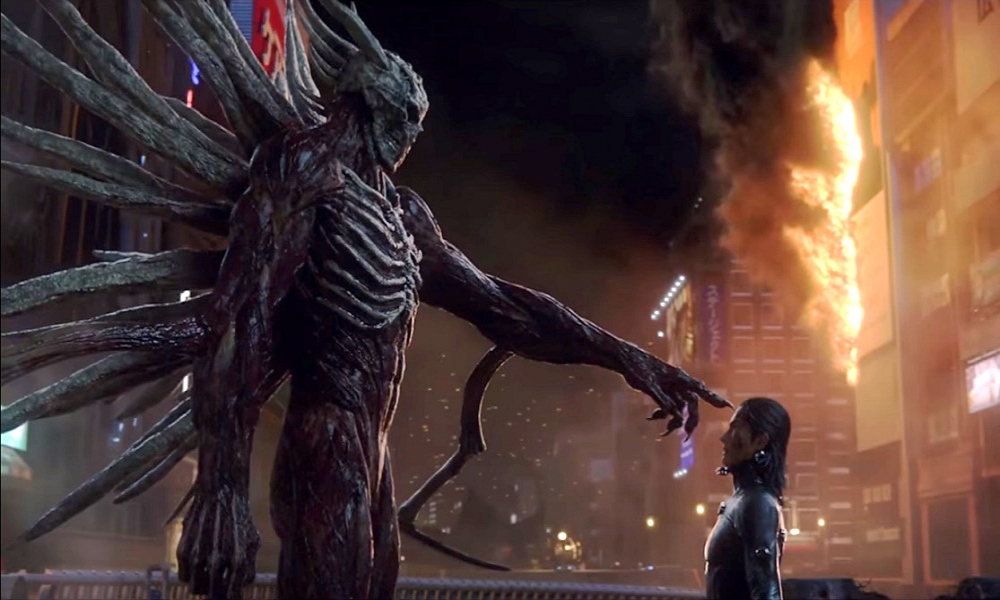 I have NO IDEA what I just watched but it was pretty cool. I fired up Netflix and watched Gantz:O only because I saw Dex from AEIOU and Sometimes Why had given it a positive review. The movie plays like a video game on a Japanese acid trip, with some seriously freaky monsters. I’m not going to try to describe the plot because I’m still trying to figure it out — you will probably need to do some research into the Gantz universe before fully comprehending this glorious mess.

More than anything, the CGI is the star of the show — seriously, can we just do away with actors and celebrities and make all our movies this way? Let’s stop overpaying those blowhards and funnel all that money into mastering the CGI process.

Anime and Manga is a totally foreign scene for me, but I’ve always been intrigued by it thanks to properties like Akira and Ghost in the Shell. Having watched Gantz:O, I would definitely be up for watching some more, but where to begin?

Oh, and one more thing — this isn’t a movie you want to watch with the kids. Giant boob monster alert! Don’t say I didn’t warn you.