One of the best parts of taking part in the Blogging from A-to-Z Challenge is that I don’t need to work too hard for an article title. It’s also much easier to come up with a topic idea, especially when it’s a day like today. What else could I possibly do for “G” than Godzilla? 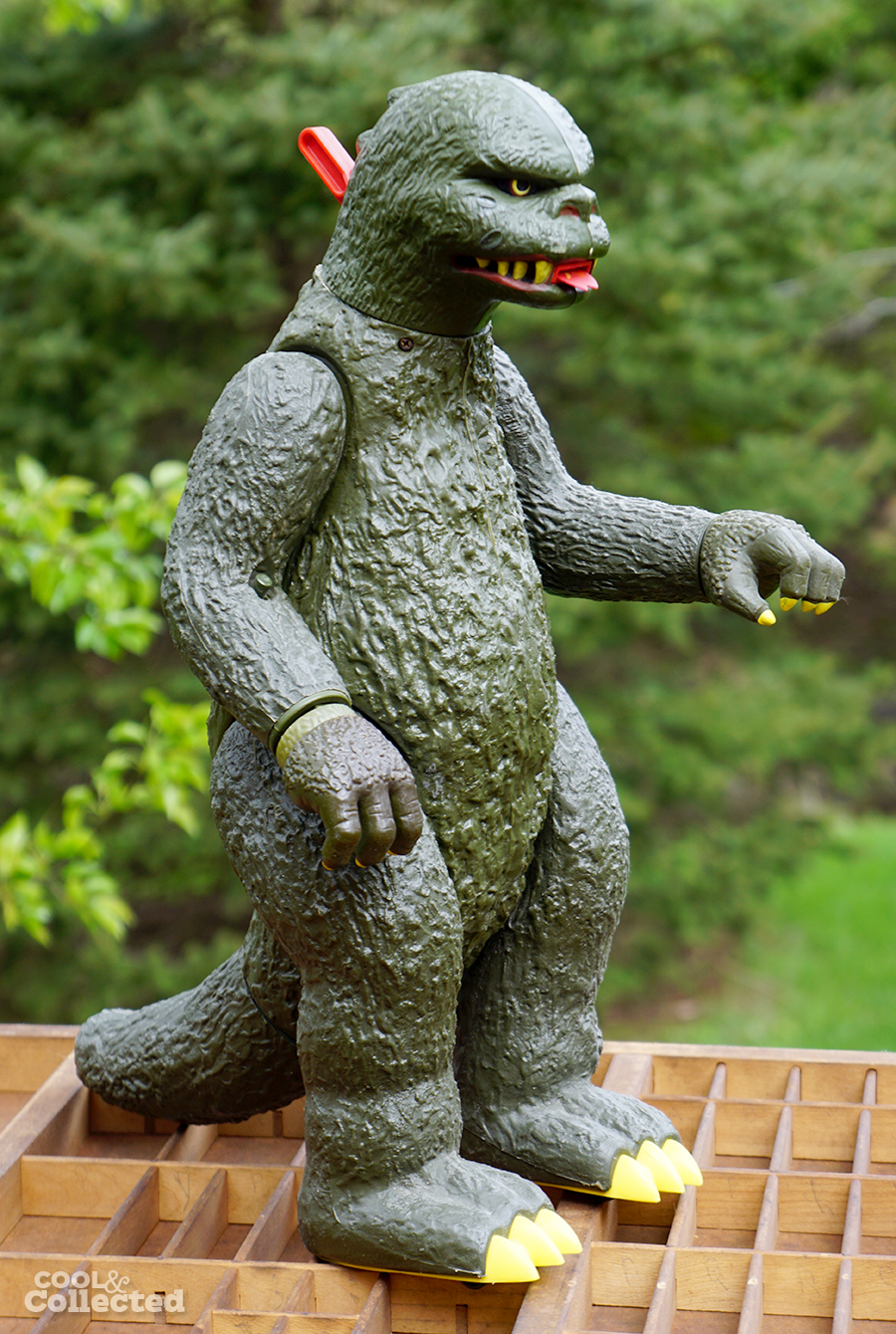 This big guy has been staring at me for years. This Shogun Warriors Godzilla

is one of the first toys I remember owning as a child — I mean, you can’t really forget something like this, right? Sadly, this is not THE Godzilla I owned as a child, but it’s a fine substitute. 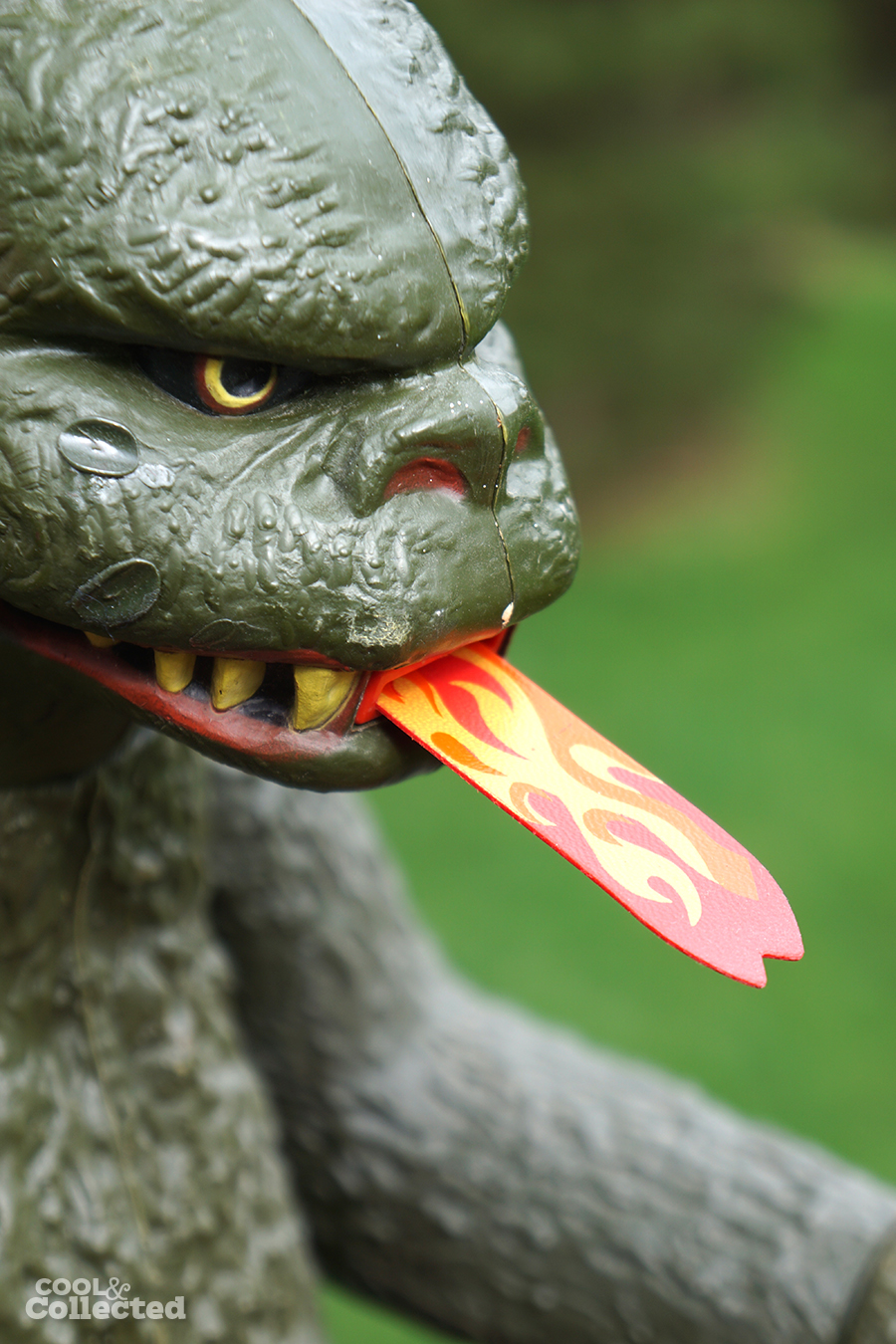 Sure, his fist shoots off, but the best feature has to be the flaming tongue!

Here’s a much more recent acquisition. This Godzilla toy by JAKKS Pacific

is ludicrously large, measuring it at almost four feet long. I loved it as soon as I saw it, but never thought I would buy one because it would take up way too much room in the overly-crowded cave, but fate would not be denied. When a nearby K-Mart went out of business, I found a shelf full of these for $12 each — a deal simply to good refuse. In fact, I almost bought them all, but the thought of trying to convince my wife to give up the guest room to store a half dozen giant Godzilla toys was all that stopped me. I’ll probably have to pay someone to take this off my hands when I decide he’s just too big to stay (and the mess he makes!).

I do love the look of this guy. It may not be the Godzilla I grew up with, but he’s got a quality about him that grows on you. 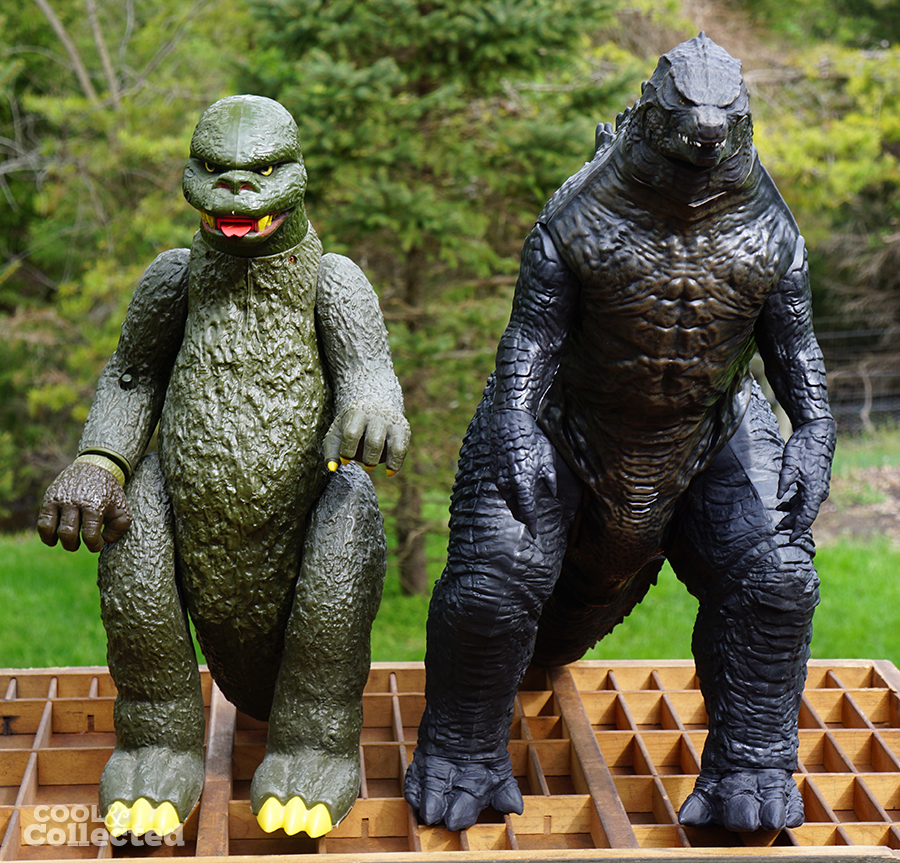 I think I’ll call them Felix and Oscar.

Tomorrow, I’ll be covering the letter “H” and it is sure to be INCREDIBLE! See you then!