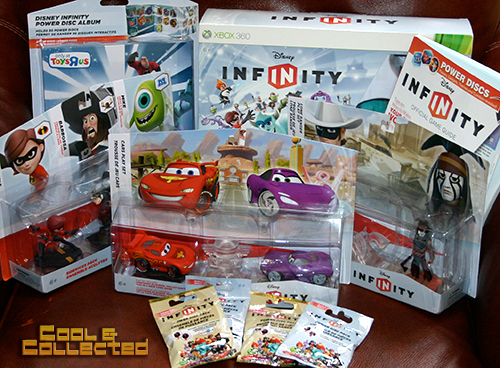 Well, here we go again… After finally completing our collection of Skylanders figures, along comes the next video game with collectible and playable action figures: Disney Infinity. This game was released this past weekend, and appears to be selling very well, with figures and accessories already selling out in some stores. I really wasn’t sure that we were going to dive into this game, especially with the new version of Skylanders: SWAP Force coming out in a couple of months, but dive we did — well, it was more like an all-out cannonball to be honest. 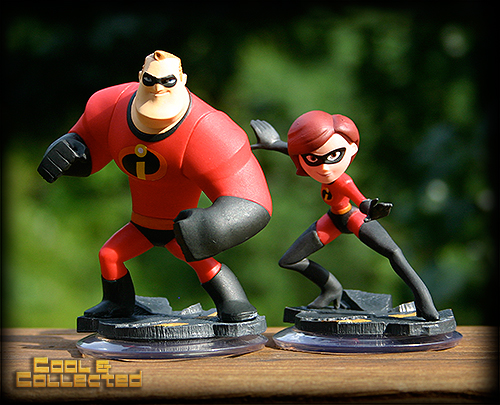 I’m not going to go into full review mode with this post, but I will say that the game is fun but pretty complicated, and uses every button and combination of buttons that you can imagine. My initial reaction is that the game tries to do too much, and it may have been better if they had just concentrated on a single game mode rather than multiple games and the Minecraft-like world building sandbox. My kids are enjoying certain parts of the game quite a bit, but have dropped the controller in frustration at other parts. 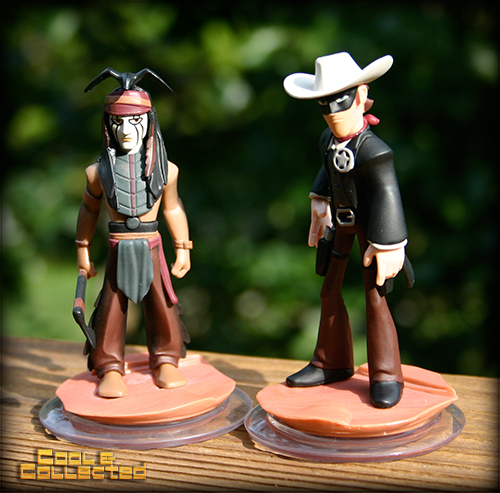 Skylanders might be much more fun from a gameplay standpoint, but there is something incredible about seeing all the Disney properties interact in a single place. The character designs are what you would expect from Disney — top-notch. I totally want to see a Lone Ranger animated movie now. 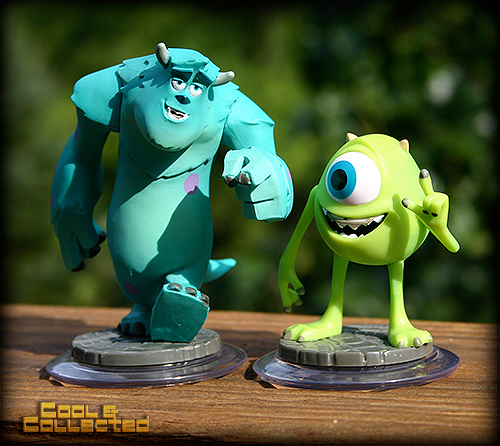 What can I say other than that the figures are awesome. I’m not a huge Disney guy, but I would be sorely tempted to buy these figures even without the game in mind. Disney plans to release these figures over time, and you can bet they will try to extract every dollar they can get by releasing variants and rare chase figures. And think of this: Disney owns Star Wars now. 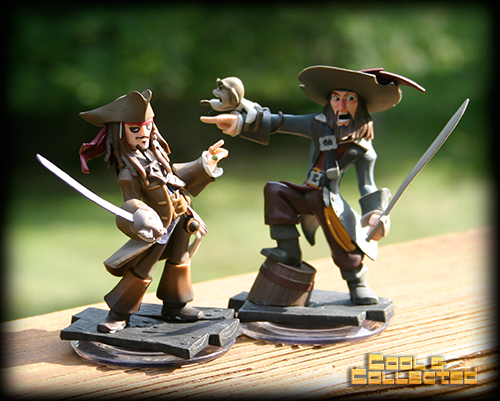 Unfortunately, we got a defective Barbossa figure. When we tried to play the character in the pirate game mode, the game kept telling us that the character wasn’t allowed in that game. Well, we tried him out in the free-roaming sandbox mode and were surprised to see that Mrs. incredible showed up on the screen rather than the crusty old pirate. It appears that the figure had the wrong RFID chip installed. Apparently, this is happening a lot, and we’ll just have to exchange it at the store (if they still have him in stock!). Oh well, glitches happen.

You can bet we’ll be adding more and more of these figures to the collection as they come out, but I don’t think we’ll be completists this time around, and will only get the characters that we really want to play in the game. Do you have any idea how many Disney characters there are? At around $13 per figure, that’s enough to make you think twice about this new obsession!

Anyone else out there playing and/or collecting Disney Infinity? What do you think so far?