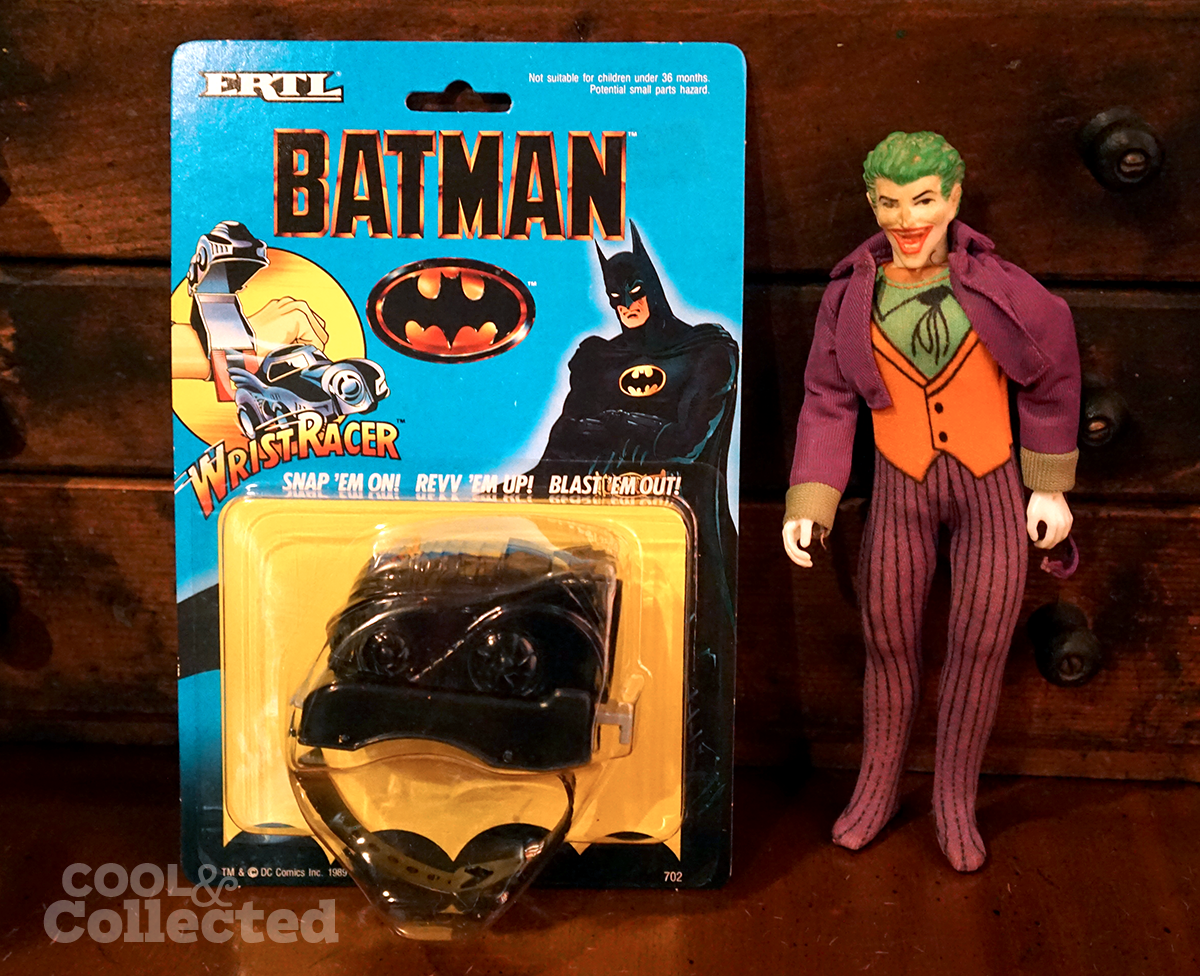 I went to the Big Flea antique show this past weekend and left wondering if it was worth the $10 entry fee, because there were almost no toys to be found. In the past, I have been able to find things tucked away in vendor booths, but it was incredibly slim pickings this time around. I picked up the Mego Joker because it was five bucks, and the Ertl Batmobile Wrist Racer came home with me because, well, Batman.

One thing about the show left a bad taste in my mouth that is still on my tongue five days later. There is a toy vendor that appears at this show regularly and he always has a very nice selection of very nice items. I should be his perfect customer, but I have only bought one item from him in almost ten years of going to the show, because his prices are just laughable. This weekend, I saw a Batman pencil sharpener from 1981 in one of his cases and asked how much it was. He takes it out, starts to tell me how great the condition is and how rare it is to find in such perfect shape. He even ropes his partner into the conversation so they can both point out the fine features. Then he tells me the price: $95. Let me just say that it took a great deal of effort to not unload a string of profanity in his general direction.

Honestly, I don’t know why I even attempt to buy from this guy, because I always feel like he doesn’t WANT to sell anything to me. To be fair, he doesn’t know me. He does not know that I am fairly knowledgable about such things and know exactly how much many of the items he is selling are worth. On a good day, that pencil sharpener would bring in $12 on eBay. This same vendor had a 1977 Alien figure in his booth, so if my calculations are correct, he was probably asking a minimum of $2k for it. sheesh.

Here’s the bigger problem I have. There are hundreds of vendors at this show, and many of them sell items that I know NOTHING about — vintage jewelry, militaria, etc. How do I know that those vendors aren’t pricing their items out of the stratosphere if I were to buy a gift for my wife? I’m fine with sellers making a profit — go ahead and charge more than eBay to cover your travel and booth costs, but come on. In this day and age, every single person in that exhibit hall is looking up prices on their smart phones, so what makes you think you can get away with this?

Who knows, maybe I offended the guy at some point in the past, and he only offers me the “special” rate, but I really doubt that’s the case. So, at future shows, I will continue to visit his booth as I would a museum gallery, where everything is wonderful to look at, but sadly, nothing is for sale.