Being a vintage Batman collector has been putting a squeeze on my wallet lately, not from buying vintage items, but from all the amazing new products based on the classic 1966 TV show. As we near the 50th anniversary of the Adam West and Burt Ward series, the number of licensed products based on the show seems to multiply exponentially every week. One of the greatest outcomes of this resurgence is the fact that we finally have some Julie Newmar Catwoman products to add to our collections. 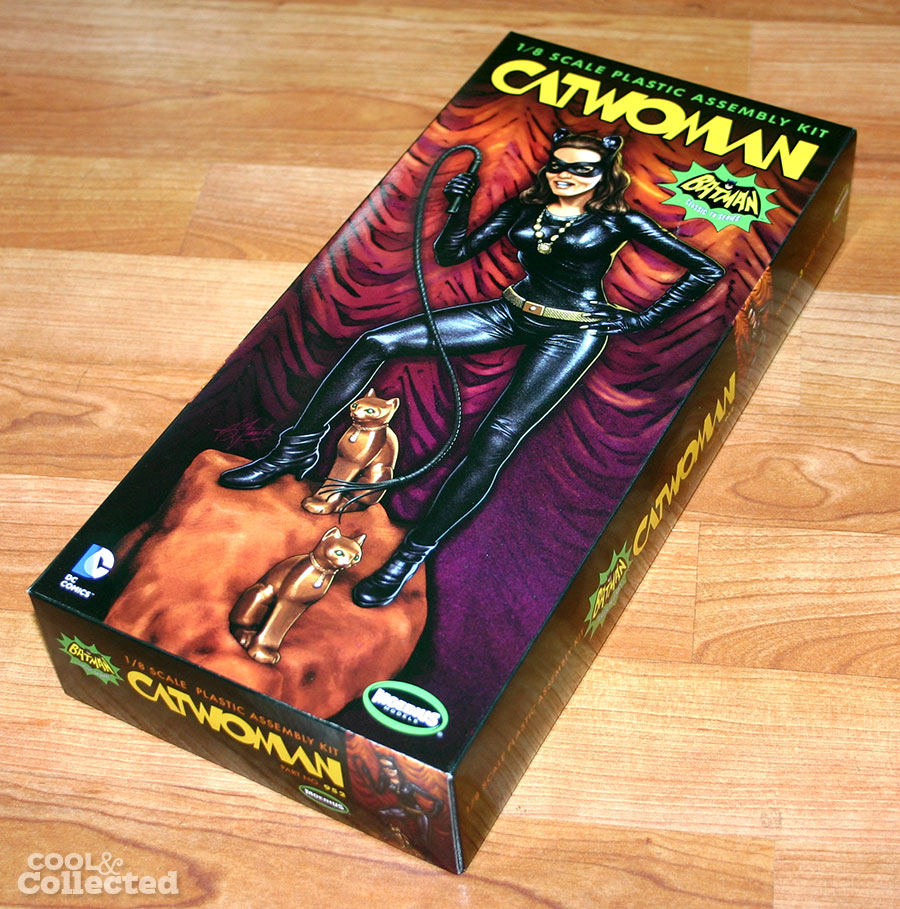 Moebius Models has released this Catwoman model kit that is just purr-fect! (Come on, you knew it was coming.) This is the second kit in the series — the first one, of course, was Batman, and a Robin kit is due out later this month.

When I was a kid, I loved building model kits — military vehicles, cars, ships, planes, and monsters — and painstakingly paint them down to the smallest detail. Of course, then I would usually blow them up, or light them on fire. If I die of lung cancer, blame all those thick black clouds of molten plastic. Well, I’ve matured (don’t laugh), and I promise that this is one kit that will not suffer that cruel fate. 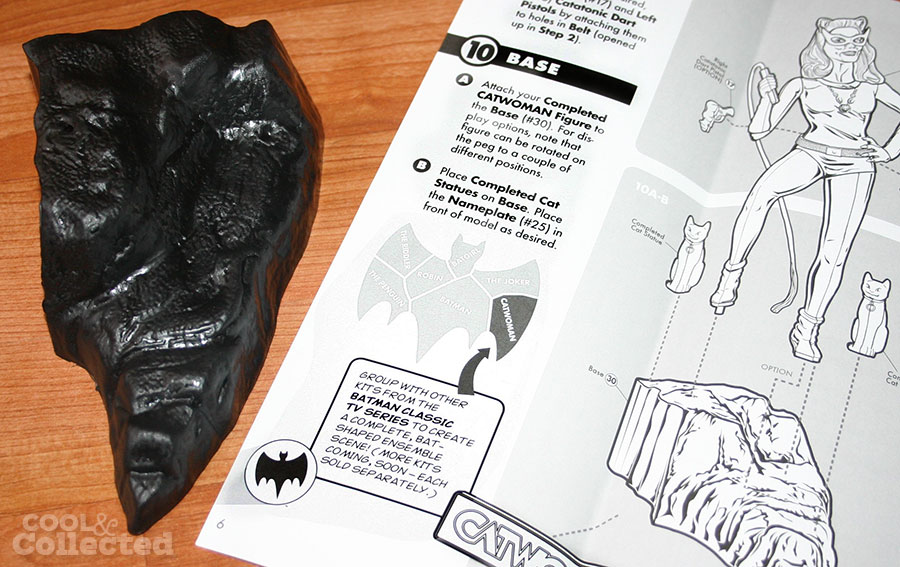 There are seven models planned in this series — SEVEN! And the coolest part, is that their bases will fit together to form a jigsaw puzzle of a Bat symbol. How can I NOT buy the next five!?!

These model kits can trace their roots to the old Aurora models from the 60’s. The boxes are the same size and shape, and fit well in both vintage and modern collections of Batman memorabilia.

It looks like I needed to head to the hobby shop to get some airplane glue! They still have hobby shops right? Once I get this beauty built, I’ll post some pictures, assuming my handiwork isn’t too painfully embarrassing. I just hope it doesn’t end up being a Pinterest fail. Wish me luck!