I’ve often threatened to move to Canada, and now our fine neighbor to the north has upped the ante. In addition to the rockin’ set of postage stamps, Canada has announced a new series of collector coins to commemorate Superman’s 75th anniversary. Waitaminnit, why aren’t we doing that here in the good ol’ US of A? Are we really going to let the Canadians adopt our Kryptonian son? Our government is so mired in political maneuverings, we’re destined to lose before realizing the battle has even begun. 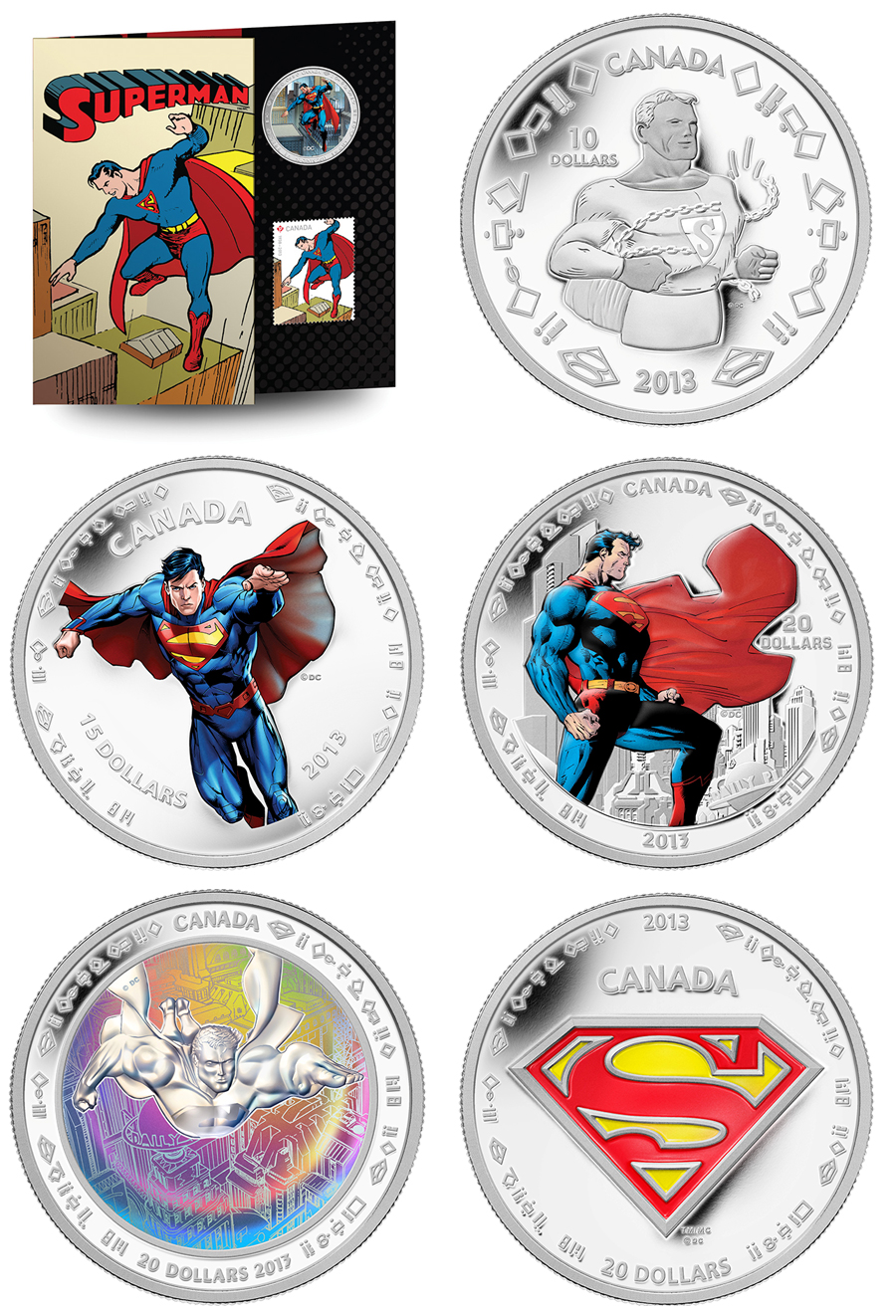 Not only do these coins look great, they also have the writing around the edges written out in Kryptonian! If you want to decipher the wording, you’ll need to speak Kryptonian or use this handy code sheet. Well, politics aside, the coins are pretty cool, and expensive, but since they are made out of silver you could always melt them down when the werewolves rise up. 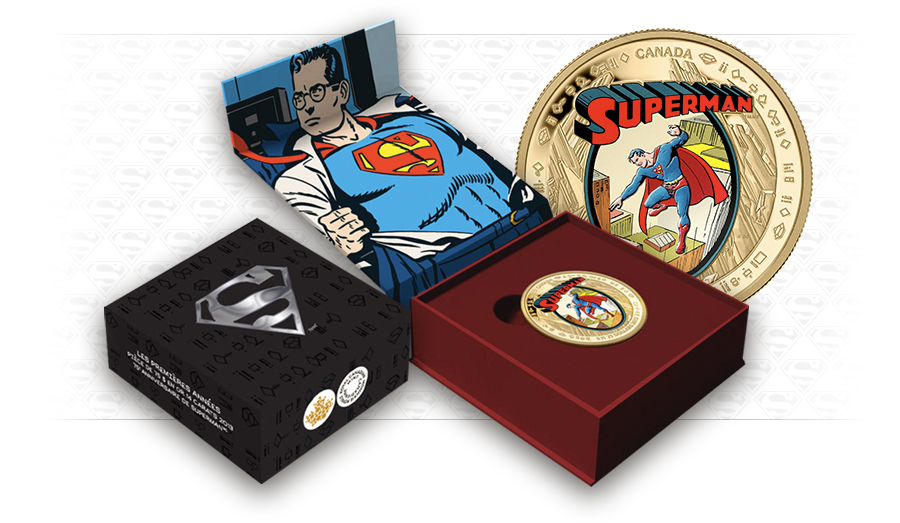 Of course silver is not for everybody, so fortunately there is this gold coin available for a mere $750.00.