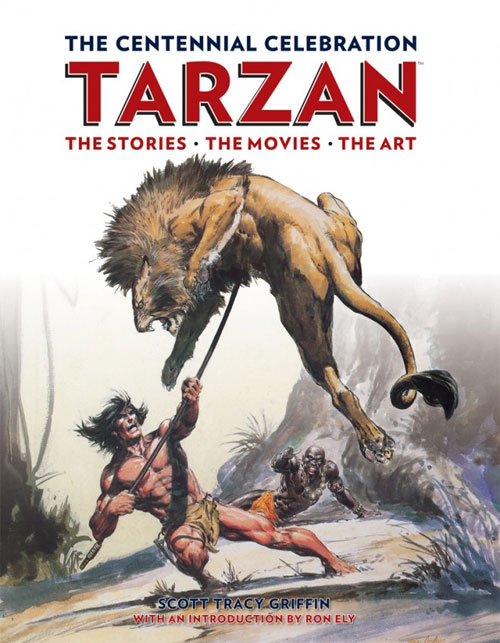 Do you know who’s birthday it is? That’s right, the original vine-slinging, chest thumping, lord of the jungle himself! This year marks the one hundredth year since Edgar Rice Burroughs took us on a journey to the dark jungles of Africa and introduced us to Tarzan.

Titan Books has published a massive book that archives every facet of the pop culture phenomenon. Tarzan: The Centennial Celebration

should find its way onto the shelf of anyone who calls themselves a fan of popular culture. Scott Tracy Griffin has taken on the daunting task of showcasing Tarzan’s appearances in print, on screen, on the radio, and even on the web, and he left no vine unturned in his quest of telling Tarzan’s tale.

I consider myself fairly knowledgable about the lore of Tarzan, but this book introduced me to plenty of stories and appearances that I want to track down. 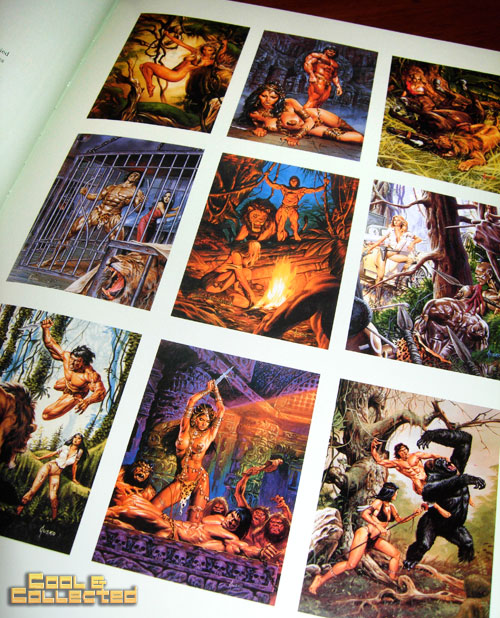 You might think that Tarzan was always hanging around with Jane, but you would be very wrong. 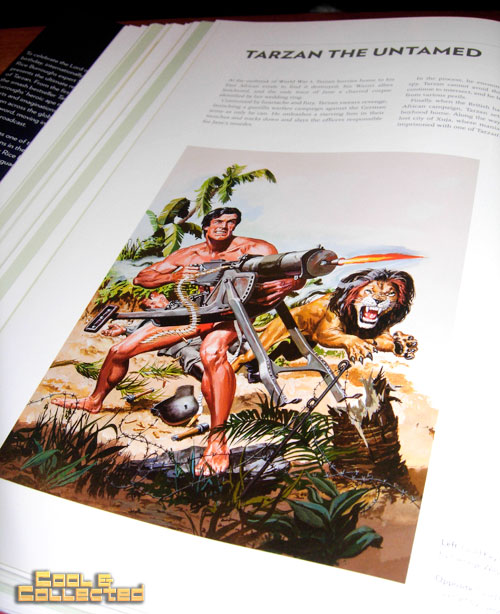 I honestly don’t remember this comic book cover, but it is in a word: awesome. And then there’s this… 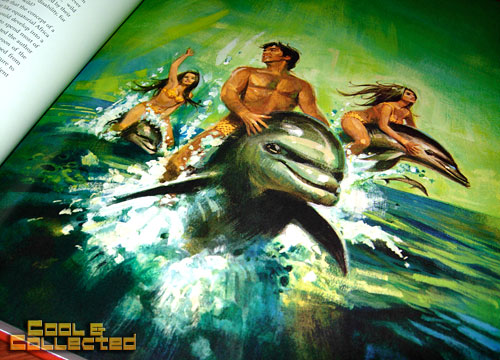 Nobody does it better than Boris Vallejo.

Edgar Rice Burroughs was a master storyteller and this book does an excellent job of telling the story of the author and his creation. If you are a fan of old pulps, pop culture, or muscle bound men of honor, do yourself a favor and add this book to your collection