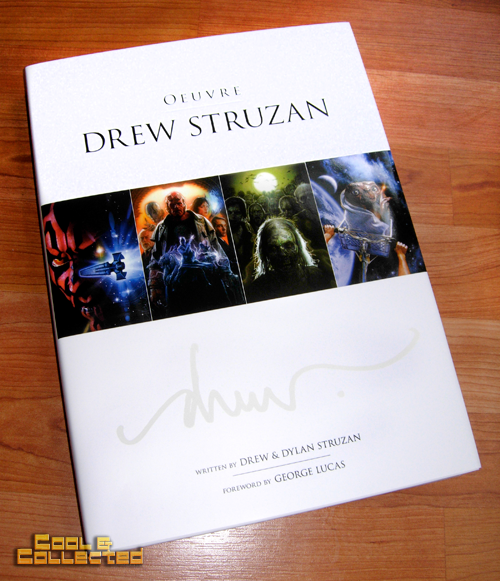 Now this might come as a shock to no one, but I am a huge fan of Drew Struzan’s art. Struzan has been painting masterpieces for decades and when you think of movies like Raiders of the Lost Ark, Star Wars, Back to the Future, and Harry Potter, you can thank Mr. Struzan for the visuals that come to mind.

Oeuvre: Drew Struzan is a new book written by Drew and Dylan Struzan, with a foreword by George Lucas. This is the kind of art book that I love — it’s big, it’s heavy, and there are hardly any words — just tons of beautiful pictures. In fact if there is anything negative I could say about it, it would be that I don’t care for the title: “Oeuvre,” but that’s only because I can’t say it out loud without sounding like a pretentious snot. Despite the title, you need this book on your bookshelf. 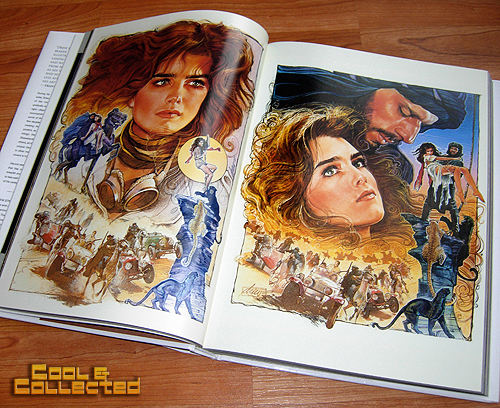 It seems like every major and minor work is present. I was of course thrilled to see Struzan’s iconic paintings, but what I really enjoyed was seeing some of his less-familiar work. Remember the Brooke Shield’s classic, Sahara? Yeah, me neither, but these posters are beautiful. 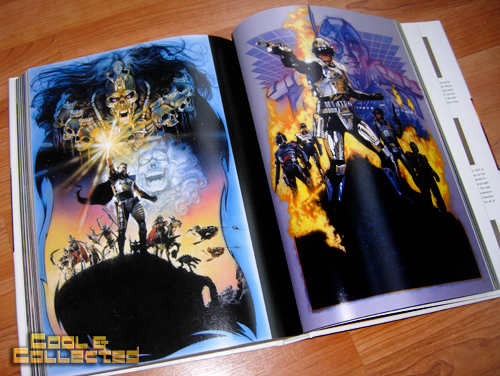 I don’t recall ever seeing these paintings for Skeleton Warriors and Captain Power, but wow! 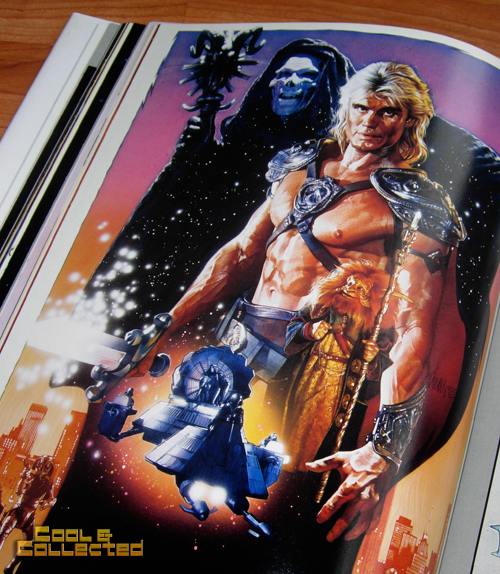 Struzan has the ability to make even the worst movies look like blockbusters. Case in point: Masters of the Universe. 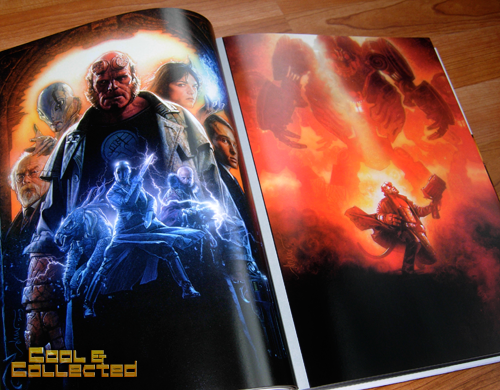 I’d like to meet the studio execs in Hollywood who decided not to use this Hellboy art on the official posters. How can you possibly say no to a Drew Struzan painting? 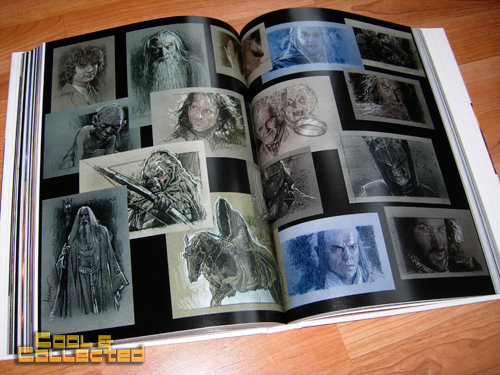 Speaking of missed opportunities, how great would the Lord of the Rings posters have been if Struzan was hired. Here are some illustrations he did for Topps trading cards 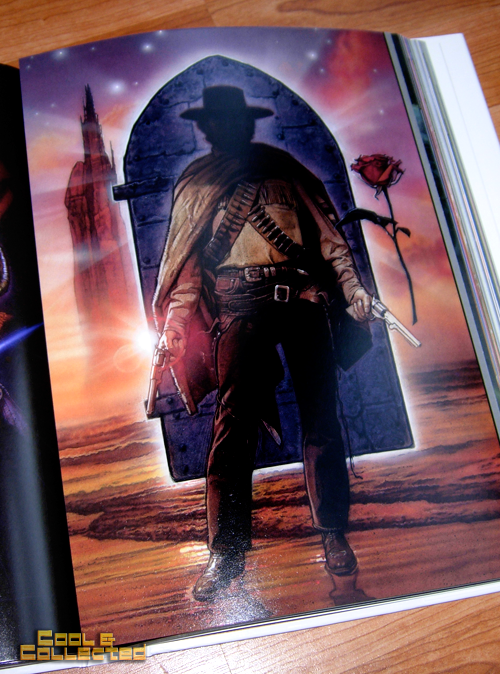 Check out this “mock-up” for Stephen King’s Dark Tower movie that is yet to be produced. The last I heard, they were still casting the actor for the gunslinger, Roland, but Struzan figured out a way to promote the movie without that most essential bit of information. 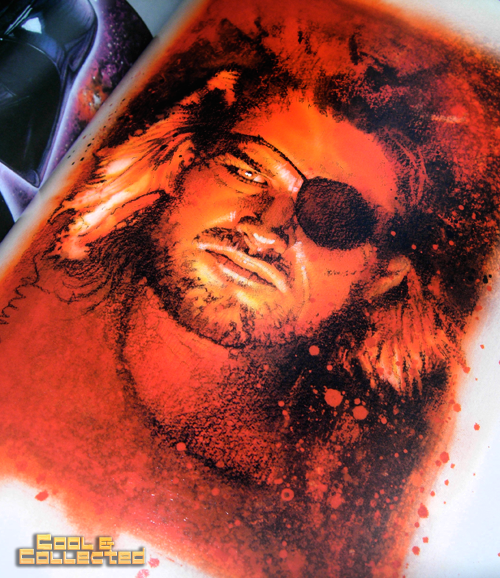 I had no idea that Struzan did some work for comic books. I may need to hunt down the Escape from New York comic with this illustration of Snake Plissken.

I’m still waiting for Mondo to release this Frankenstein print to the masses, but did you know that Struzan painted a poster for the Creature from the Black Lagoon back in 2001? Well, if your pockets are a bit deeper than mine, you can buy the original painting over on Drew Struzan’s site for a mere $120,000. Maybe Mondo can convince him to print some of these and sell them at a slightly lower price. 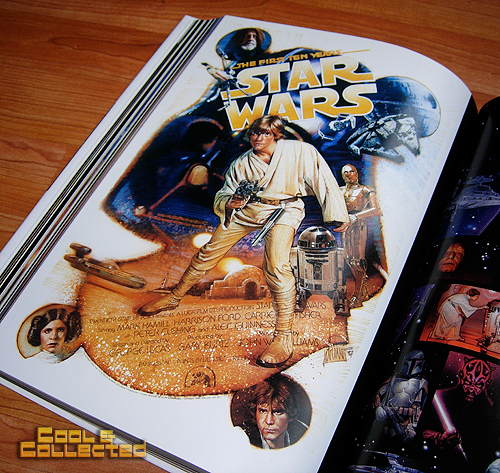 This massive book is filled with all of Drew Struzan’s works. I decided to show some of the lesser known images rather than his most successful illustrations, but believe me, all the big ones are there as well. If I had to pick my single most favorite image in the book it would be this one for Star Wars: the First Ten Years, but playing favorites is no easy task.

Okay, I’ve gushed enough. If you decide to add Drew Struzan’s Oeuvre to your shelf, I’d be much obliged if you’d click the Amazon link below, and help me to save up for another copy, since this one was ruined by all my drooling.