One of the earliest memories I have of watching television as a kid was the Buck Rogers show starring Gil Gerard and Erin Gray. I think this may have been one of the first shows my parents allowed me to stay up and watch, which may be why I have retained a fondness for it over the years. The character of Buck Rogers first appeared in 1928, and has evolved over time, but is in need of a reboot for this millennium. Apparently, Frank Miller had plans for a Buck Rogers revival, but after his movie, the Spirit, tanked at the box office, this idea faded away. I’m not sure if that was a good or a bad thing. 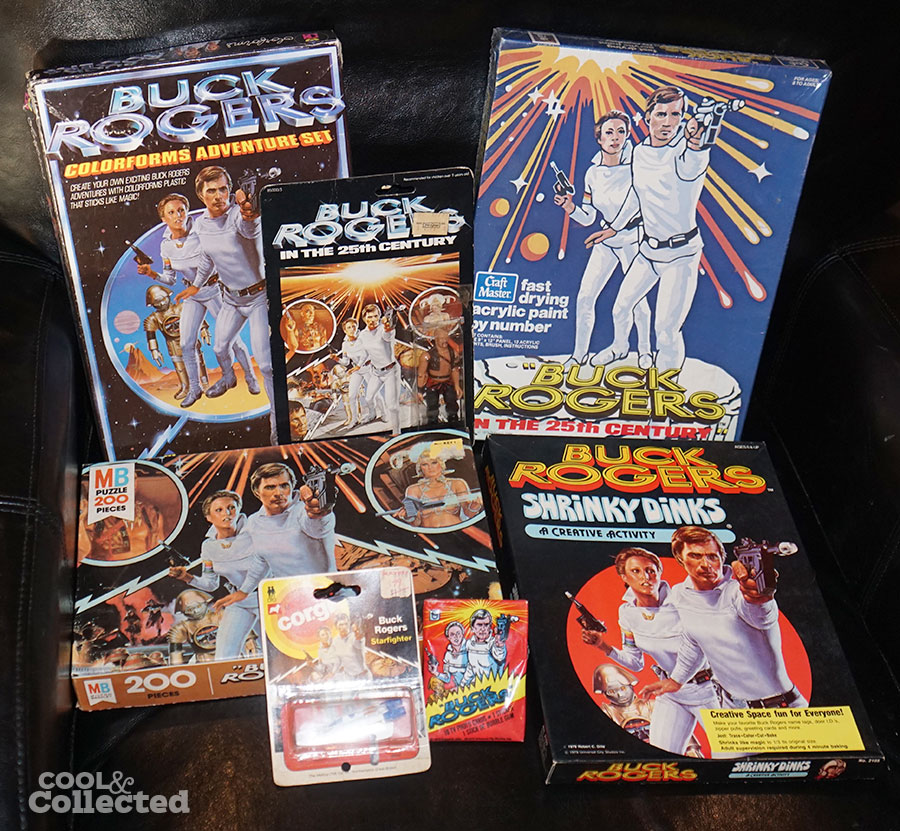 It’s amazing how just about all the merchandise based on the 1979 TV series uses the same artwork. The marketing division either had an amazingly tight grip on the branding, or they were just plain lazy. 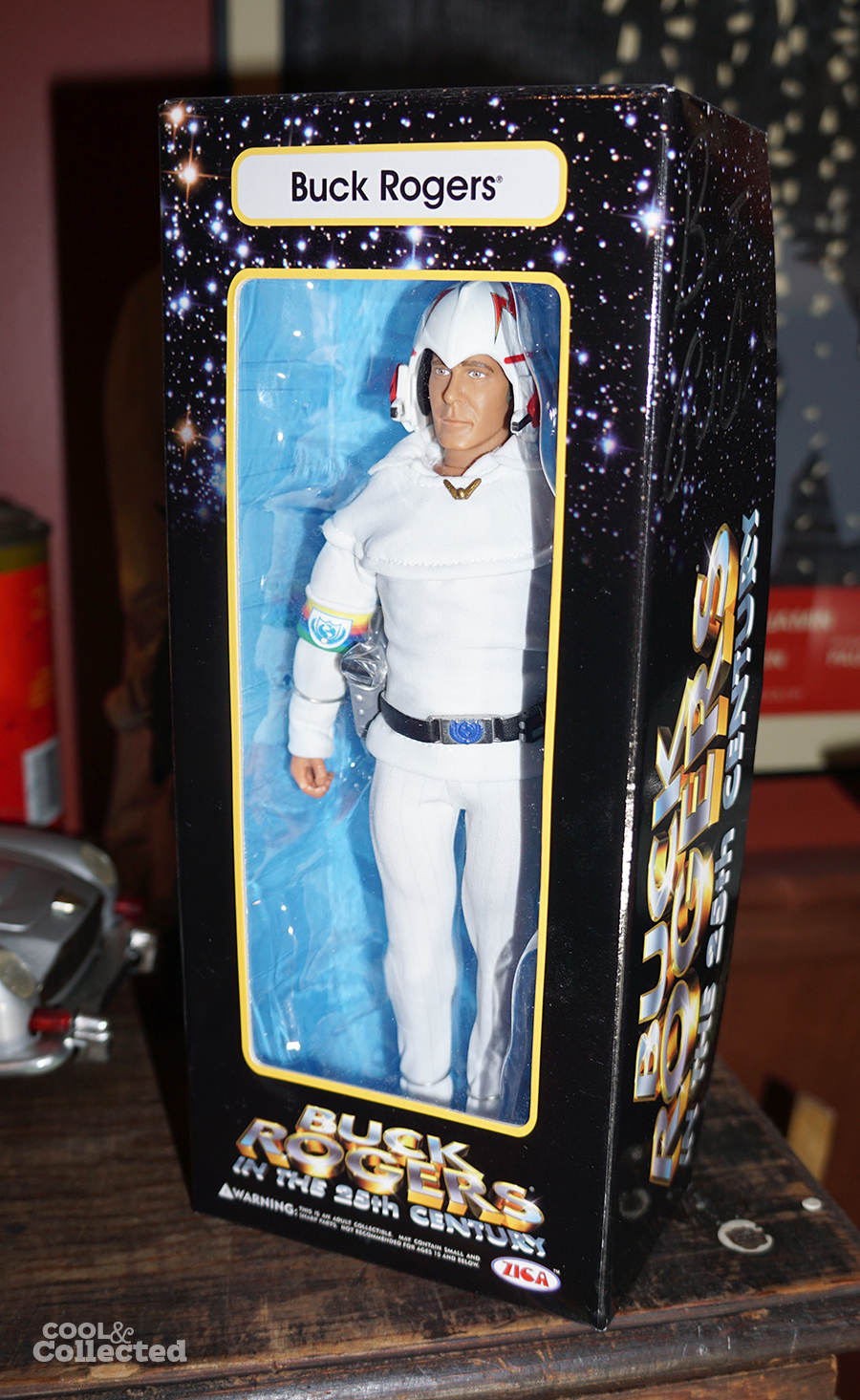 Much to my delight, this action figure was produced by Zica Toys in 2010, and I was able to purchase a signed one directly from Gil Gerard’s personal assistant, who must have had boxes of these things to sell at conventions and shows.

Much like R2-D2, Twiki brought an element of mischief and humor to the show, making him a favorite of fans of the show. 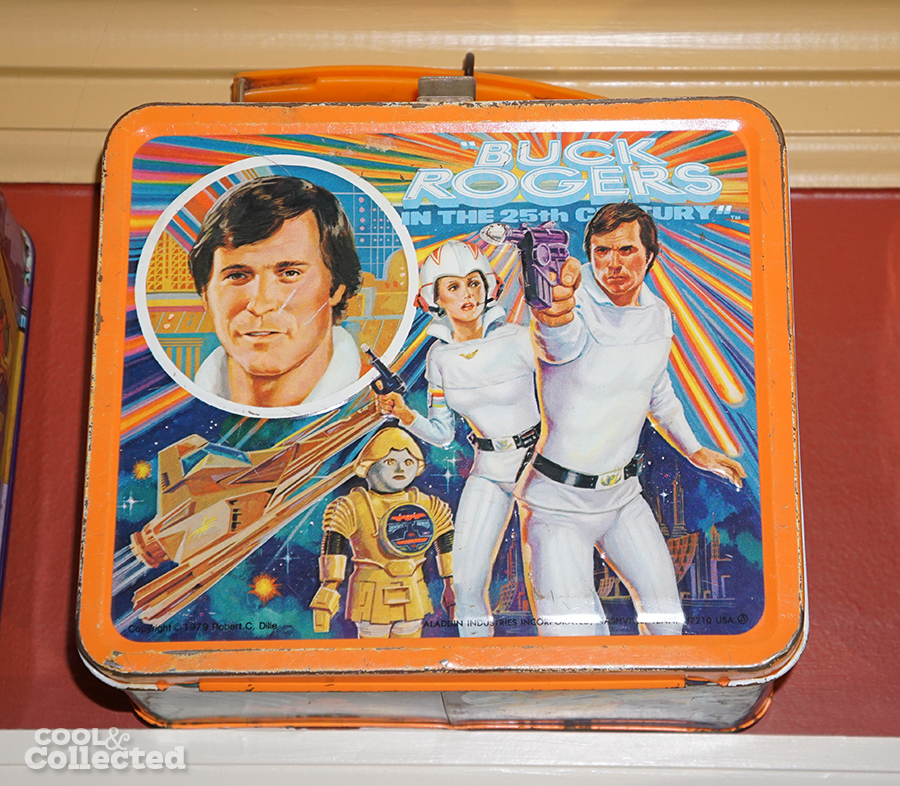 This is another one of the lunch boxes that hangs above the entry door. I’ve never been able to figure out why Twiki is yellow, but who’s going to notice?

This is the glass marquee from a “Buck Rogers planet of Zoom” arcade cabinet. One of these days I will get around to making a lightbox for this so that it can be seen in all its glory. Even better, maybe I’ll get the whole cabinet! 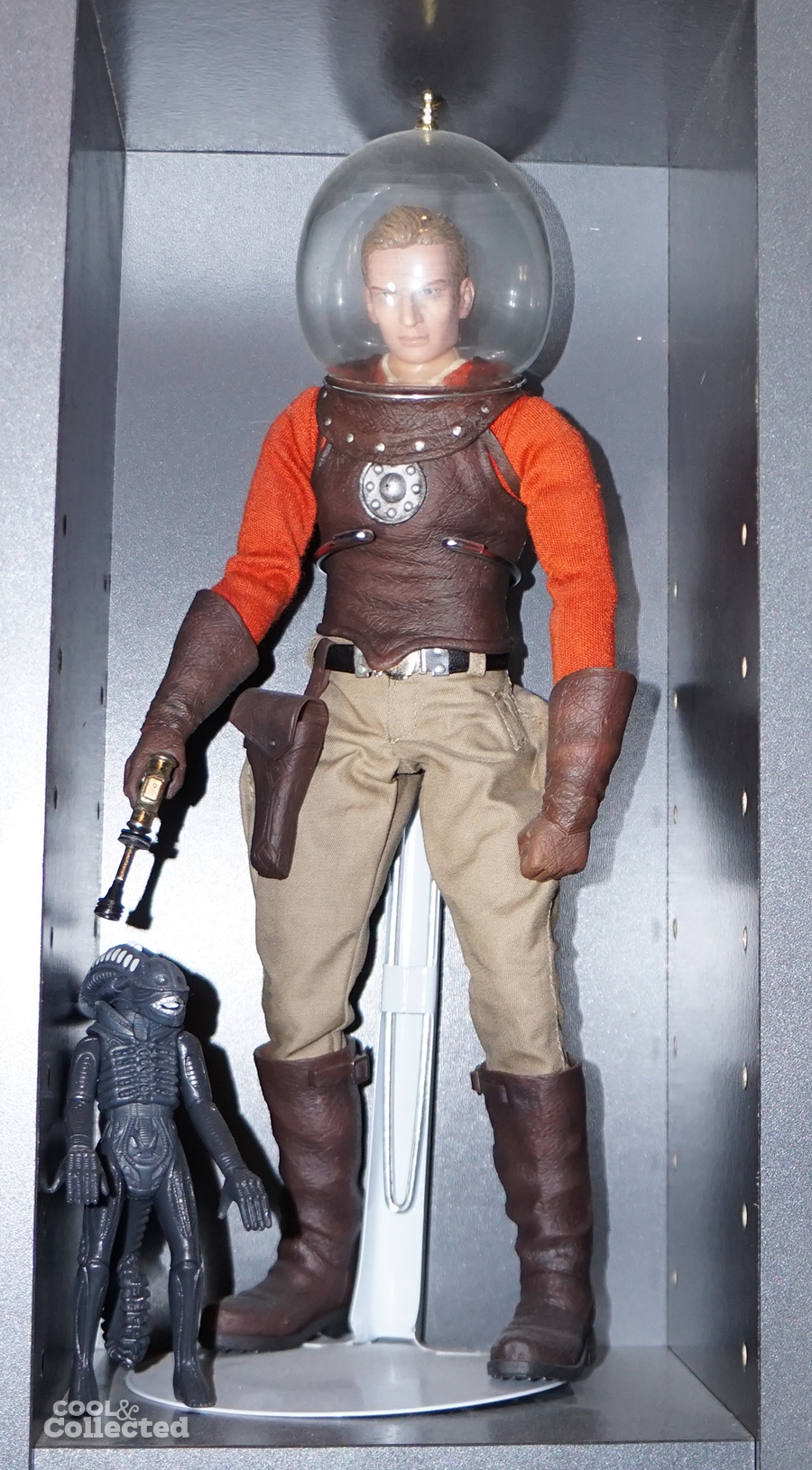 This Buck Rogers figure by Go Hero Toys is one of the only 12″ figures I own, but when I saw it, I knew I had to have it. I always love a good bubble-headed spaceman and this one is the best of the best. Go Hero Toys also made a Wilma Deering figure that I will need to track down one day. 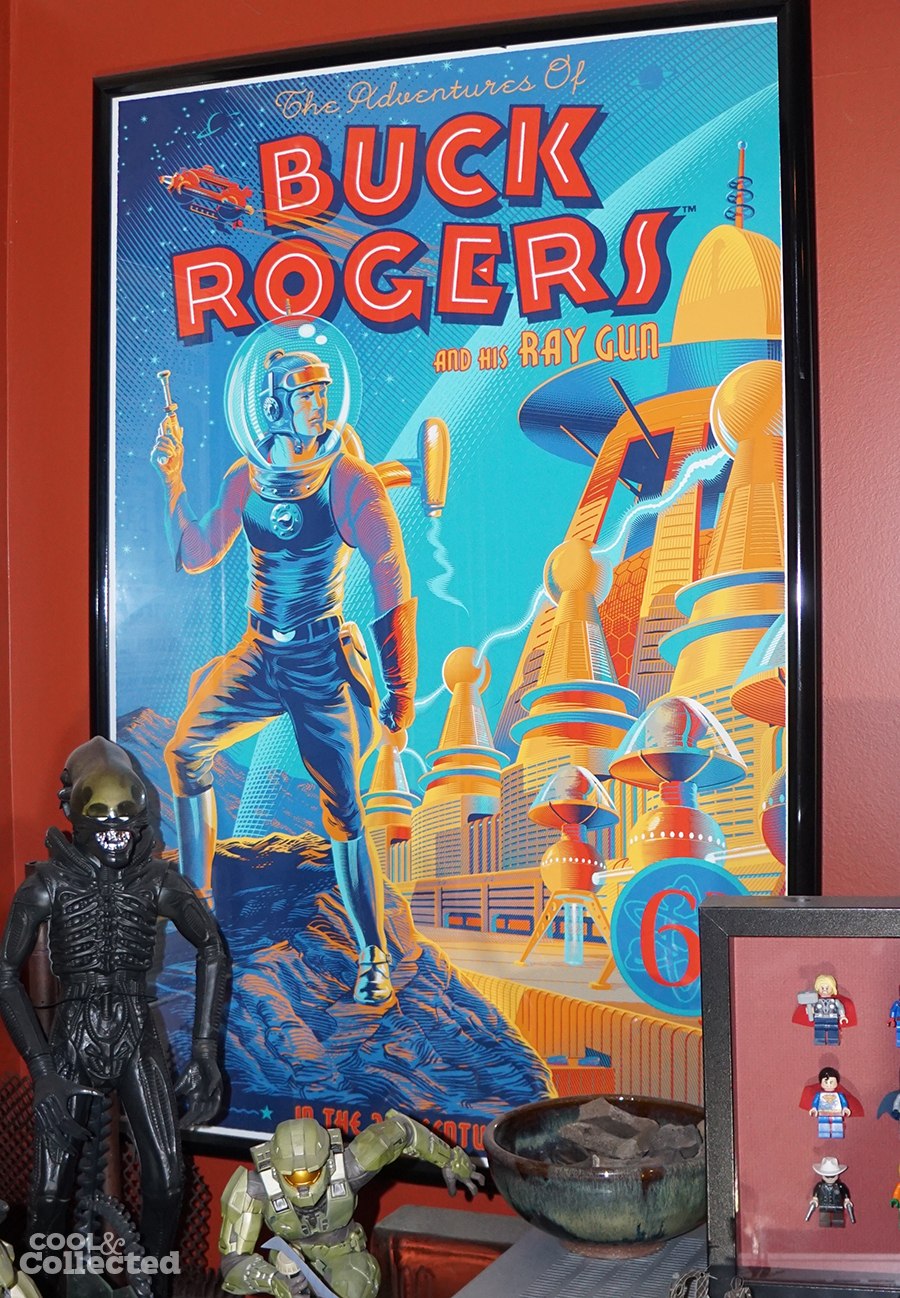 And here’s the classic version of Buck Rogers once again, in a poster by Laurent Durieux.

Vintage Buck Rogers items are pricey, otherwise I would have my shelves lined with them. These crayons and metal cast figures are the oldest items I currently have in my collection, but you can bet I’m always on the lookout!

So, that’s Day 2 of the A-to-Z Challenge. Yesterday, the tour of the cave covered A is for Apes. What will tomorrow hold? Tune in to find out!