I went to an auction this weekend and ended up with a carload of action figures and LEGOs. I’m not an action figure collector (unless it’s really cool, or Batman) but I tend to buy things that I know I can sell on eBay to replenish my PayPal account. Only one other person was even bidding on these and after losing a few lots, she stopped trying, so I think I did alright.

Now, I want to ask you action figure gurus out there: did I get anything good? I’m just curious if I lucked into an ultra-rare figure, or if I’ll be lucky to make my money back. I know there are some crappy Dick Tracy figures, a few GI Joe and Spawn figures, and a bunch of Marvel and DC figures, some of which are pretty nice. I really like that Mysterio figure and those elongated Batman villains, and I have a strange fondness for that Blue Falcon and Dynomutt. 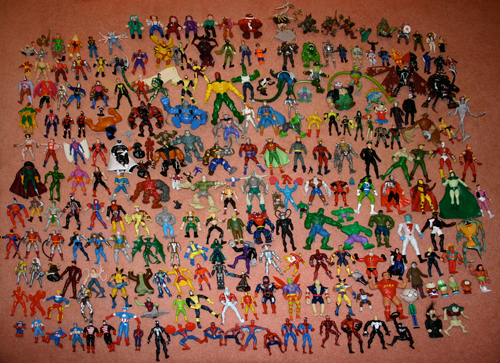 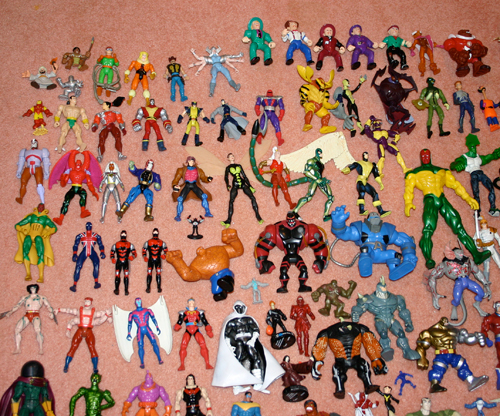 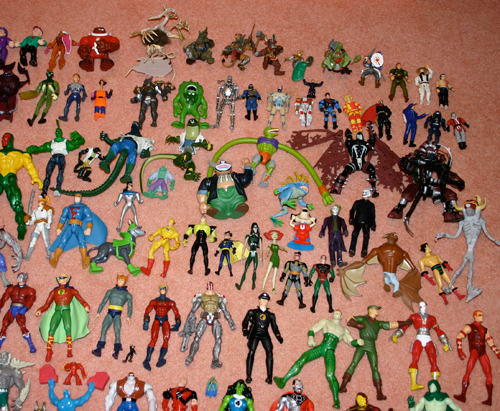 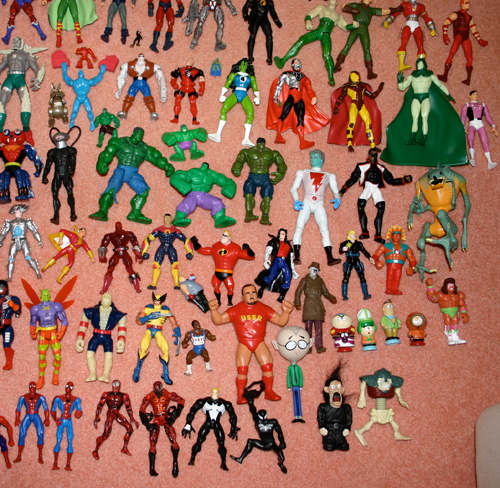 So, what do you think? Trash or treasure? If you see something that would help you fill out your collection, let me know and I’ll make you a good deal.