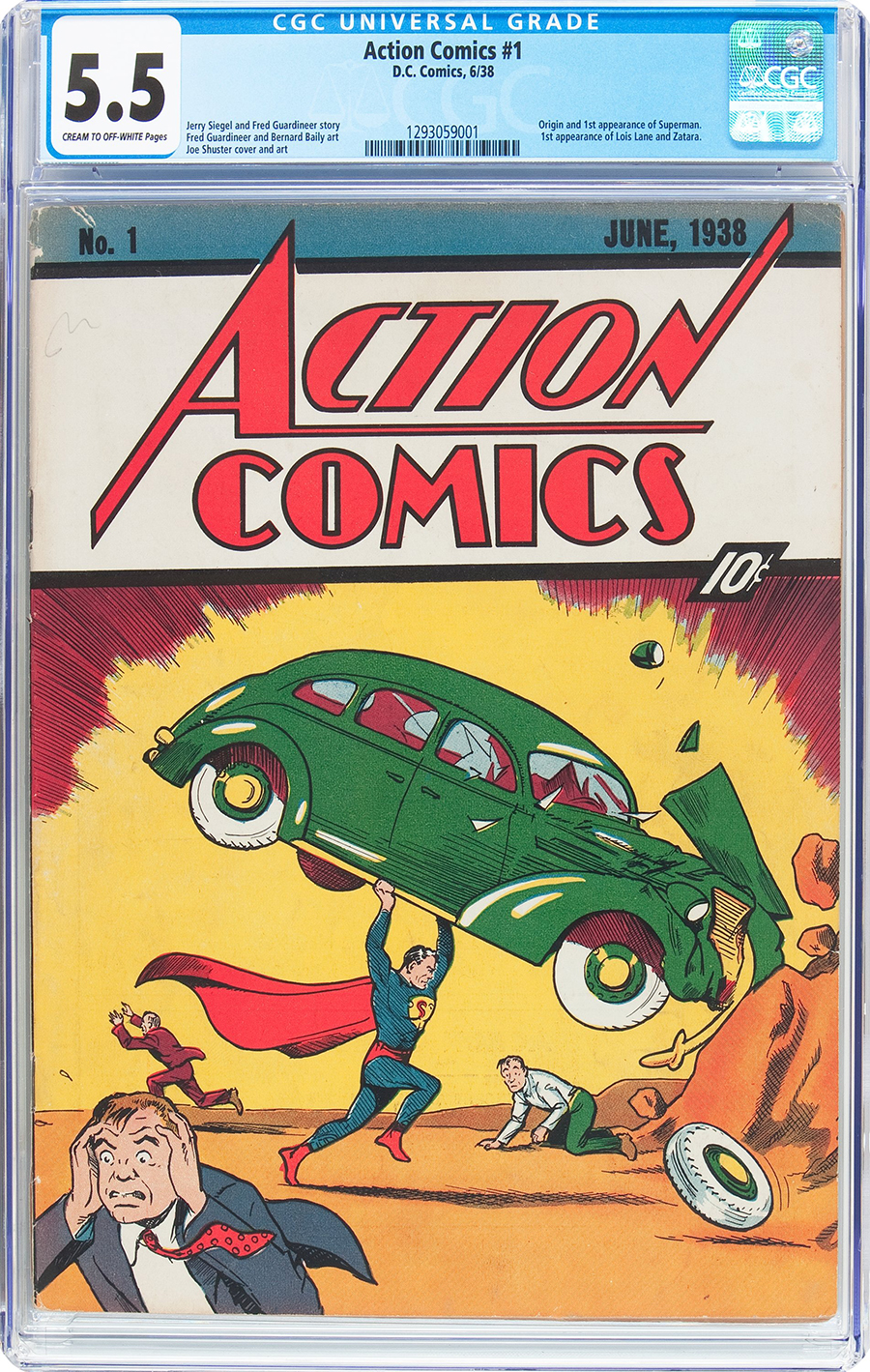 A rare copy of Action Comics #1 – featuring the first appearance of Superman and considered a cornerstone of pop culture — quickly surpassed its $750,000 estimate to sell for nearly $1 million at a public auction of vintage comic books and comic art Thursday, Aug. 4, 2016, at Heritage Auctions. The 1938 comic book sold for $956,000 to set a new record for a copy of Action Comics #1 at the world’s largest vintage comics auctioneer.

“As the bidding went higher and higher we were grateful bidders recognized this copy as the gem it truly is,” said Lon Allen, Managing Director of Comics & Comic Art at Heritage. “Few copies of this comic survive, let alone come to auction with such a bright cover. It displays beautifully.”

The copy is graded 5.5 by Certified Guaranty Company (CGC) out of a possible 10. Action Comics #1 originally cost just 10 cents when it revolutionized pop culture and superheroes when it debuted on comic racks in June of 1938. About 100 copies of the comic book are known to exist 78 years later.

The edition sold Thursday came from the collection of a serious comic book fan from the east coast of who purchased it from a dealer in the 1990s for $26,000. Allen said the copy likely spurred intense bidding because it is very attractive for the grade.