I was alerted to the Blogging from A to Z Challenge by Cal up north in his Canadian Cave of Cool yesterday. The idea is that every day in April, you write a blog post with each day’s topic based on a letter of the alphabet. You skip Sundays, which leaves you with 26 days. The one and only time I did a post every day for a month, I got so burned out that I needed a long break, so this time around I’m going to relax the rules a bit for my own sanity. I will post an entire alphabet’s worth of posts but at my own, not-necessarily-daily pace. This site has been in need of an adrenaline shot to the heart for a while, and maybe this will be the ticket, so here goes…

A is for Apes

If you know me, you know my love for the cinematic simians. I’m no snob when it comes to the primates — I’ll collect any monkey that I think would look good on the shelf. King Kong and Planet of the Apes are featured prominently in my collection, but there are a few other primates that have found their way onto my shelves as well. Here’s a brief tour of some of the apes that surround me everyday. 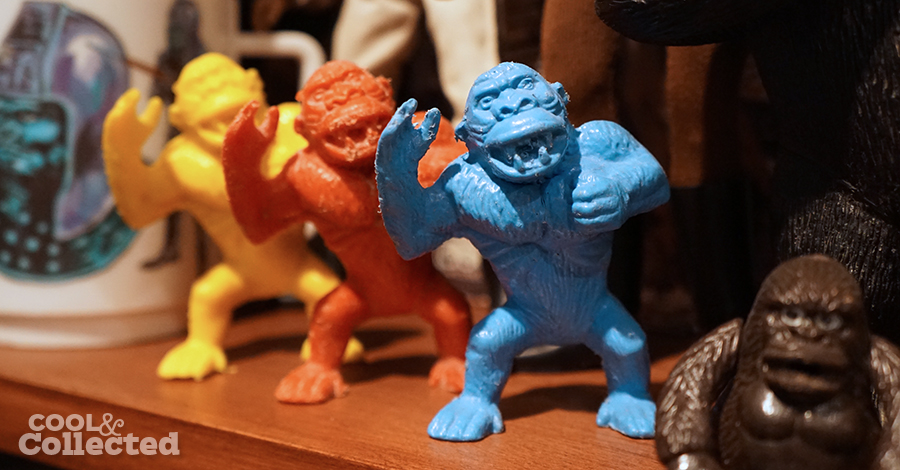 These Palmer King Kong figures never fail to put a smile on my face. They originally came holding a tiny Fay Wray figure, but those might as well be unicorns, because I’ve never seen one. Without their damsel in distress, they just stand there and wave at you all day long.

Look above the doorway and you will see some vintage lunch boxes. The Planet of the Apes lunch box has always been my favorite. 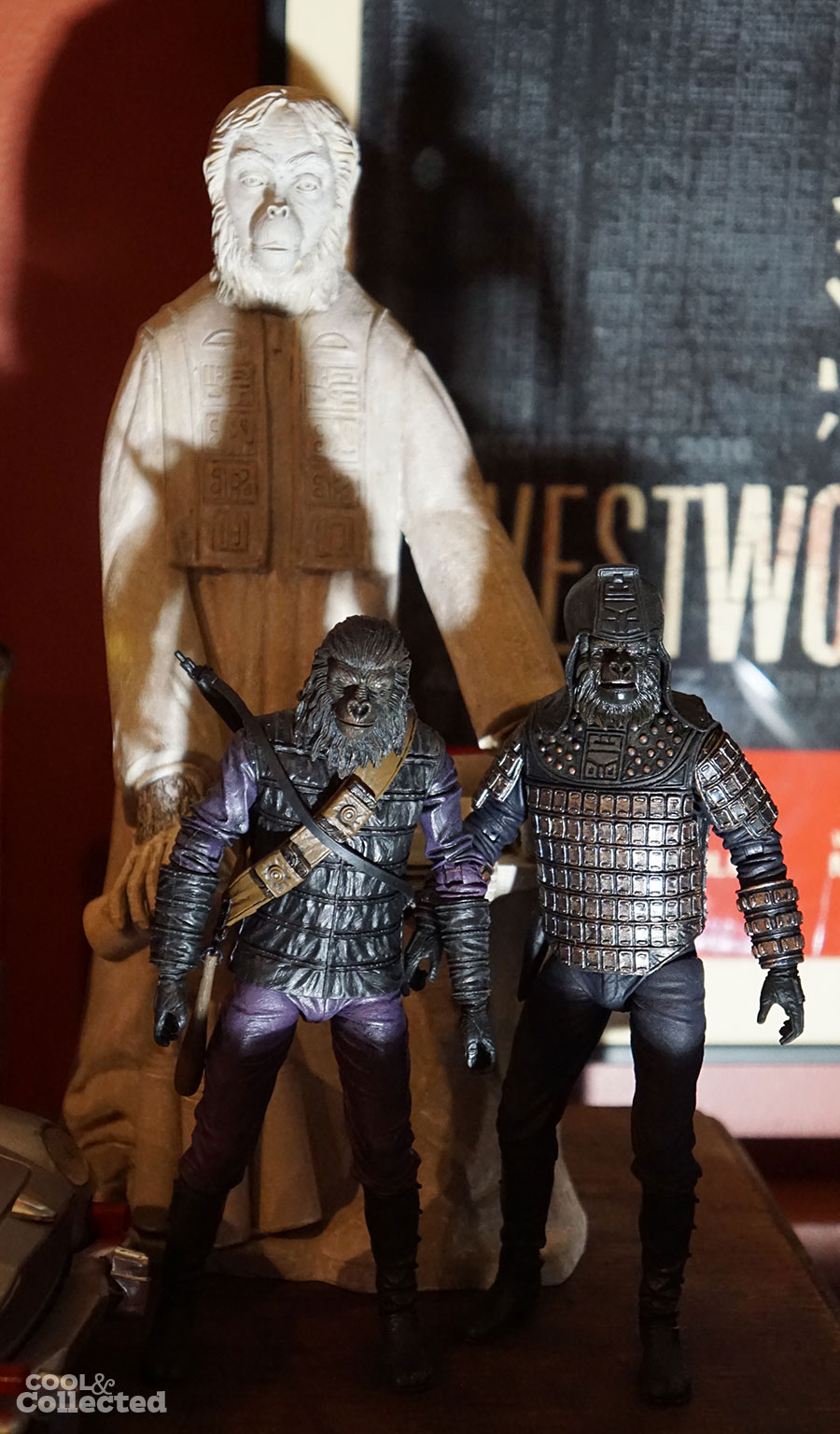 You will find a lot of these NECA Planet of the Apes figures around here. I’m kind of embarrassed by the number of these figures that I bought, especially once I heard that the line had been cancelled. Let’s just say I never really understood the “army building” concept of collectors until these guys started to show up on store shelves. 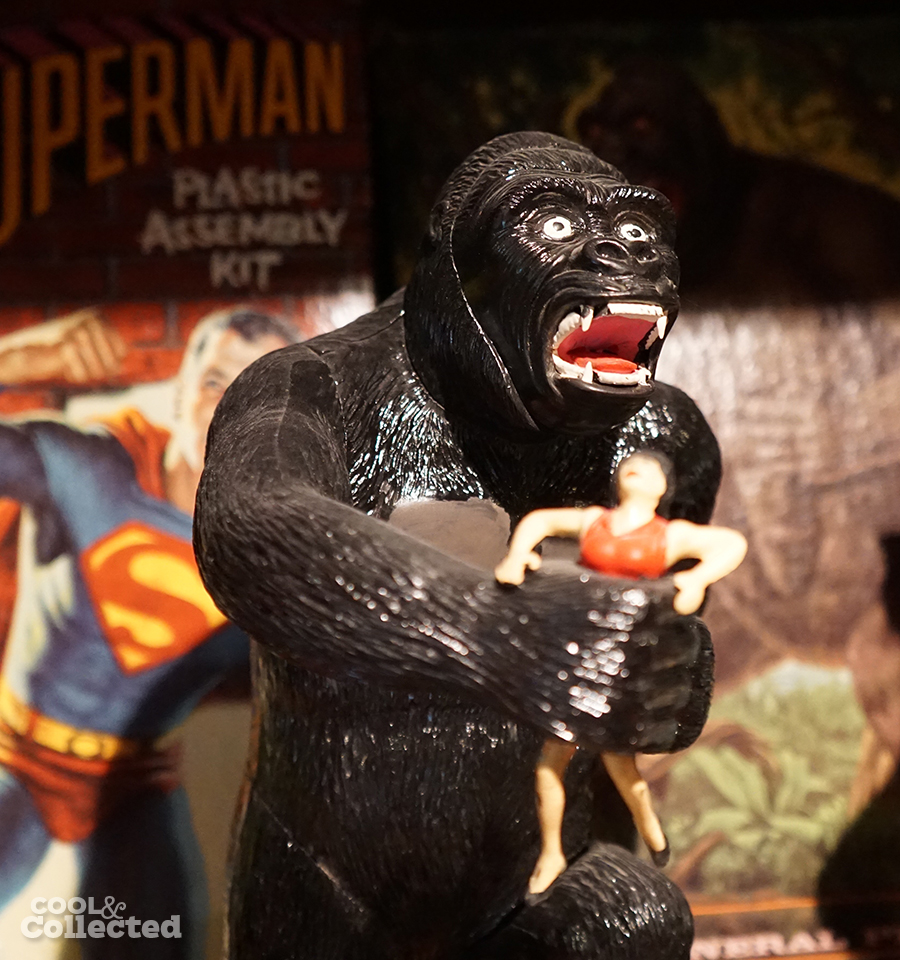 The Aurora King Kong model sits at the top of my collecting Empire State Building. I LOVE this big lug. The box art for the model kit is so amazing, and the thousand yard stare of the ape just gets me every time. 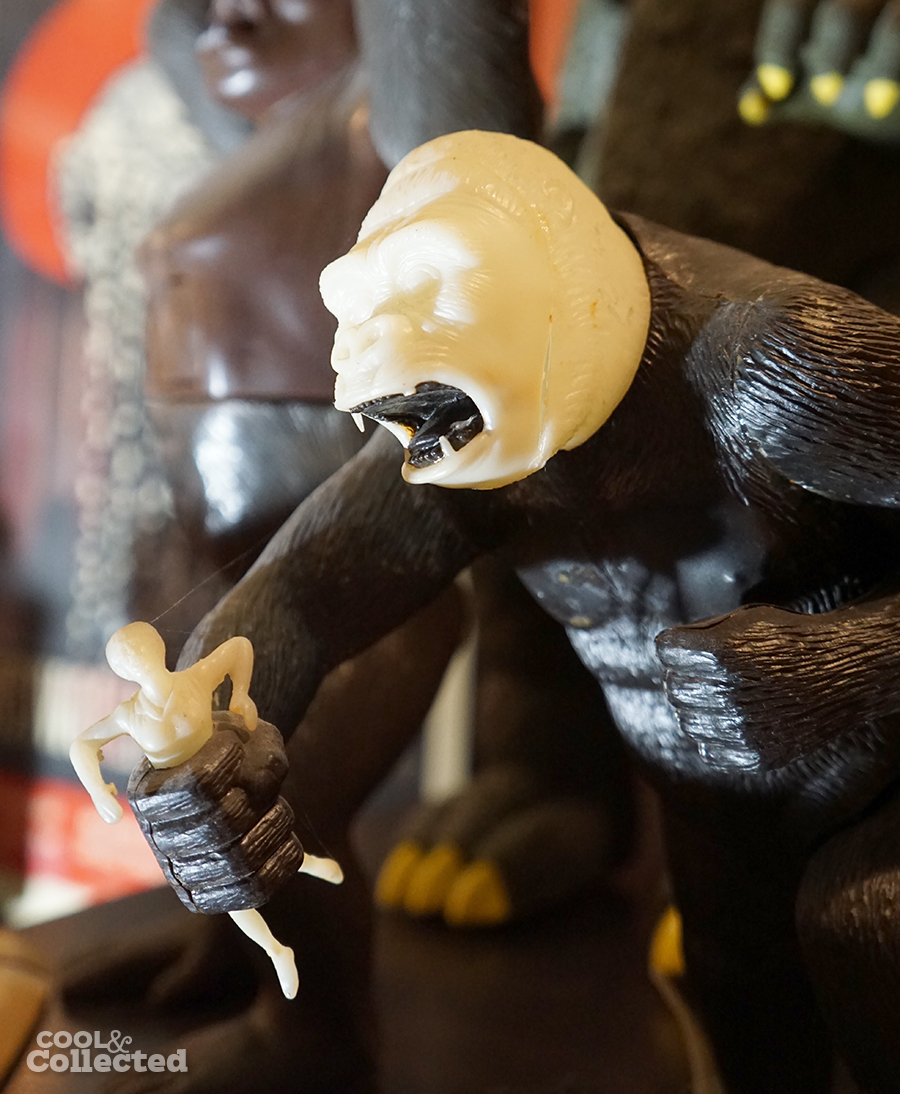 Here’s another Aurora King Kong, but this is the Glow in the Dark version. Every night when i shut off the lights to the cave, this guy still comes to life with his low level luminescence. 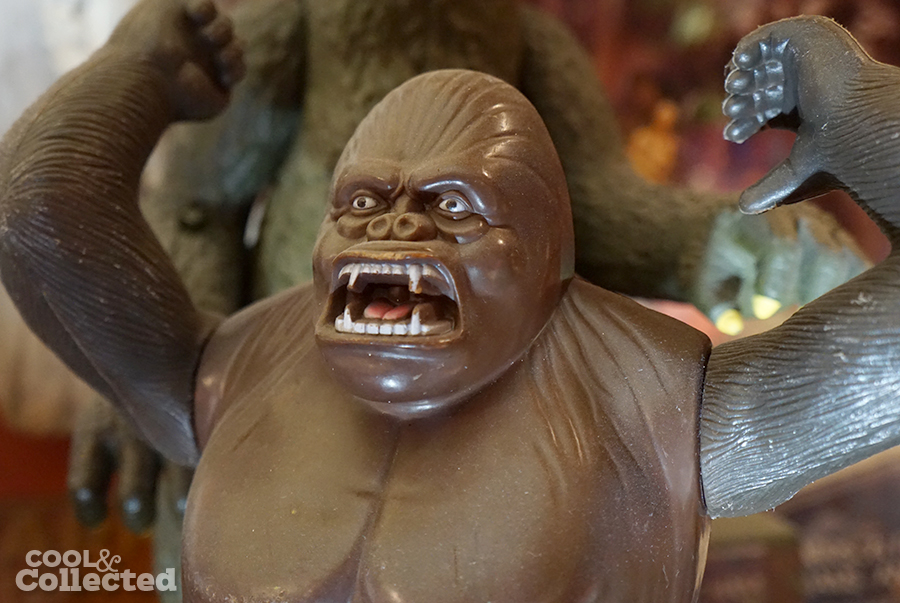 I’m one of those guys who thinks ugly is awesome. Case in point. 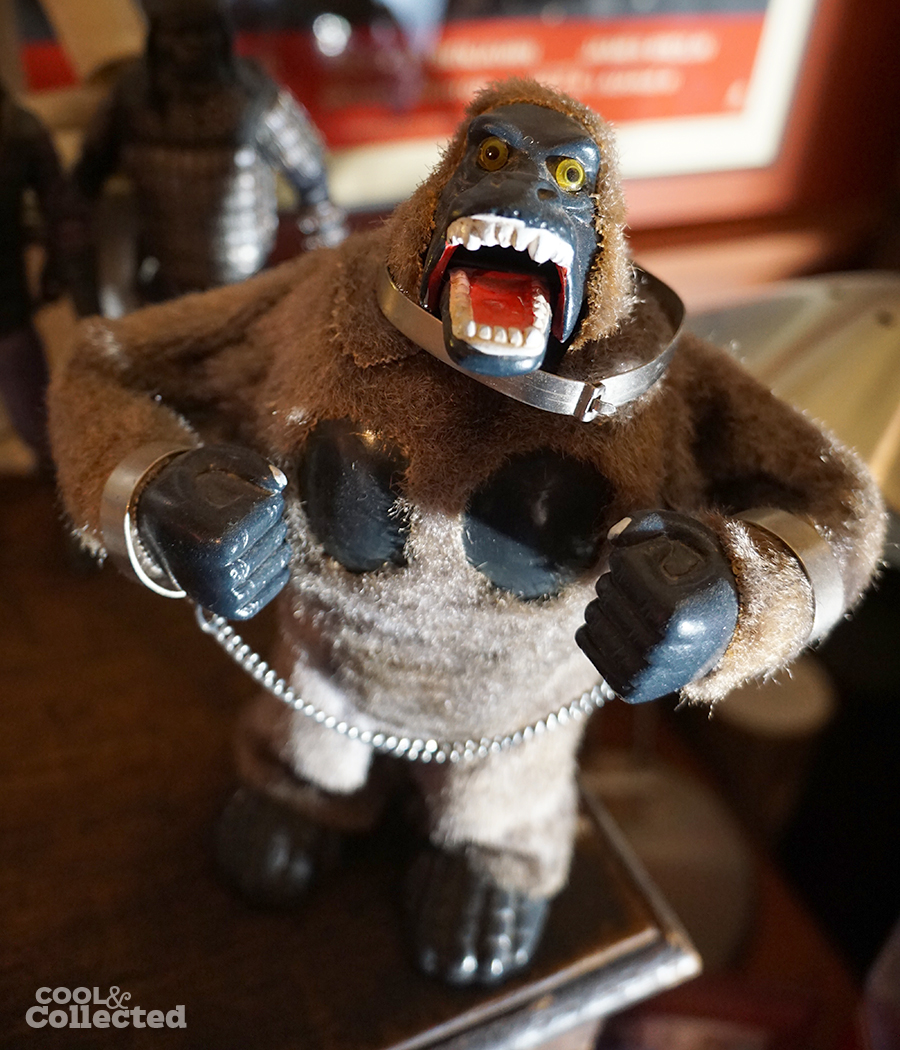 How could you not love this nightmare fuel? Wind him up and the magic really happens — he walks and beats his chest while the chains that bind him rattle. Nice.

So, that’s Day one of the A-to-Z Challenge. Next up is B, and I promise that I will NOT pick the low hanging Batman fruit (that sounded worse than intended). Tune in next time!