Man, it’s been too long since I’ve written anything! When I don’t show up around here, it’s actually because I’m busy with work, which is a GOOD thing, or I’ve been hit by a bus, which is NOT so good. I own my own graphic design business, and the work load is constantly ebbing and flowing. When you see me post articles every day, you can bet that business is slow (which is BAD). Lately, I’ve been been busting my hump, and this site has been nothing but crickets, but I’ve had a break in the action and you can see that I’ve been rearranging the furniture again… the site has yet another new look. I liked the old layout but it just seemed too highfalutin’ for what it is. Let’s just cut out the fluff and talk about cool stuff, okay? 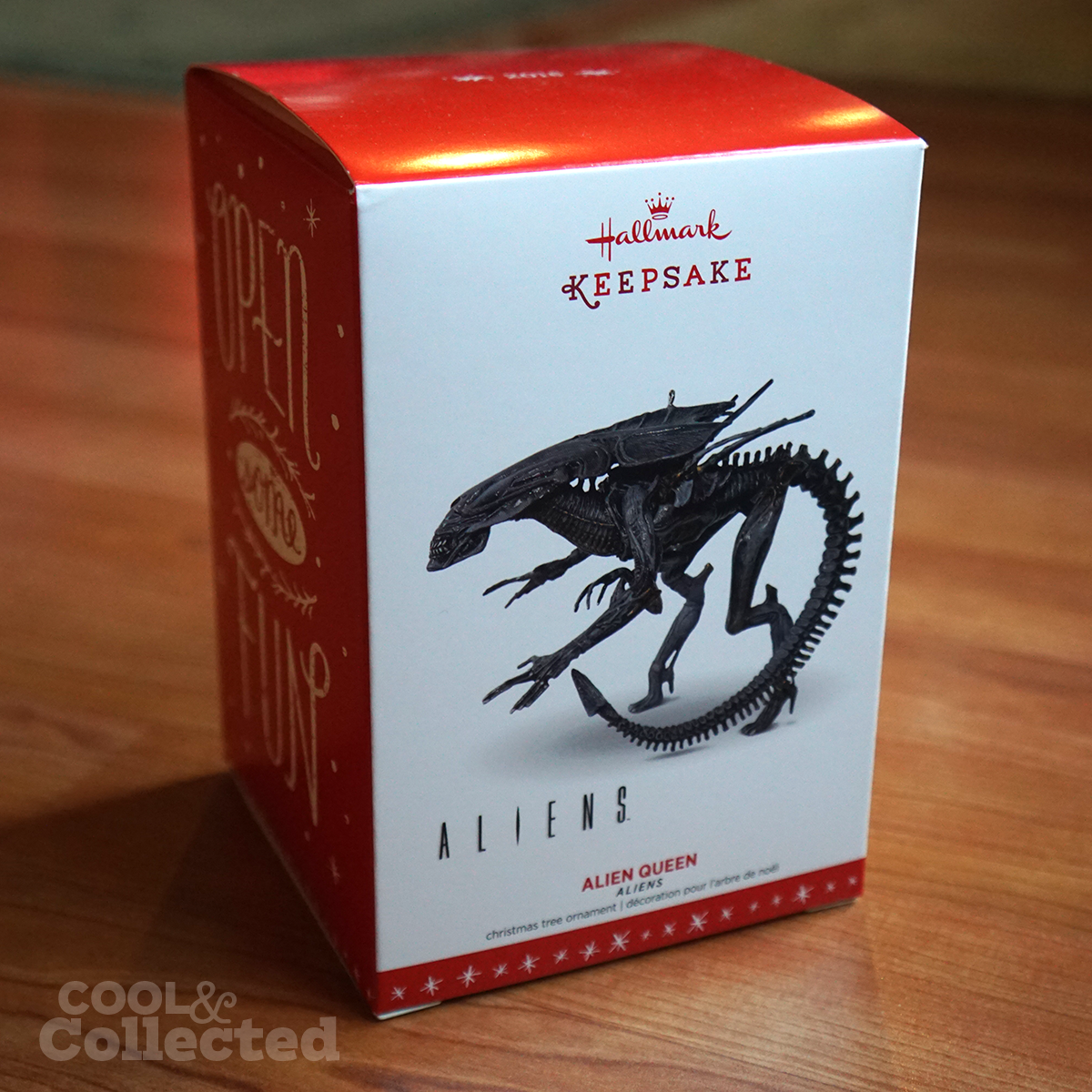 This has got to be the most religious Christmas ornament ever made, right? Thanks, Santa! I’m sure there’s some correlation between the Virgin Mary and the Alien Queen but it hurts my head to think about it. There is sooooo much Alien merchandise being produced these days — there are figures being made by NECA, Hiya Toys, Funko ReAction, Minimates, Eaglemoss — it’s too much!

Over the holiday break, I decided to rearrange the cave completely, and part of the process was putting a good chunk of my collection in storage (and possibly selling it off entirely). I’ve decided to pretty much stop buying anything new (gasp!).* No, no, it’s true. After spending some serious time thinking about what I really enjoy collecting, it became apparent that all the money spent on new items could be better served if it went towards vintage items. We’ll see how long this “resolution” lasts, but with all the toy companies looking to cash in on the nostalgia factor, there is just way too much out there to keep up with, and I just can’t do it.

For example, the new King Kong movie is coming out soon, and some of the toys and merchandise is already starting to appear, but I will not be buying it just to have it. I’m also on the fence about the  new LEGO Batman Movie minifigs and sets because there is simply too much, and it would cost a fortune to try and complete a set. I’ve never been a big collector of new toys, but man, I don’t know how you guys do it. Spending $25 on an action figure might seem like a little thing, but when there are a dozen figures in the series… ouch.

*Having said all that, there is one thing that I will continue to buy in stores — Hot Wheels. The Entertainment and Screen Time cars are just too great to pass up for a buck. When I saw the Halo Warthog on the pegs, I was blown away — I want a whole fleet of these!

At the start of a new year, like many people, I take stock of my life and where things stand. I’m not big on resolutions, but when it comes to my collection, this year I want to focus even more on super hero toys and collectibles from the 60’s and 70’s, and seek out more uncommon items rather than the standard things you find regularly on eBay. I’d like to find more collectors who would be willing to trade, because that really is one of the best aspects of collecting anything.

What are your planning to collect in 2017? Have your collecting passions shifted lately?