The yard sales have really been kicking my tail this year. I have yet to make “the find” — most of what I’ve found so far are smaller items that I will probably have to sell in large lots. The past two weekends have been no exception. Here are the “highlights”…

This is the meager haul from two weeks ago. I don’t know how many variations of the Batman action figures were released in the last decade, but I seem to find different ones every weekend–there have to be dozens of those guys! The Hex Bugs were a fun find for $2. If you are under 5-years old, those bugs are the funniest thing ever! 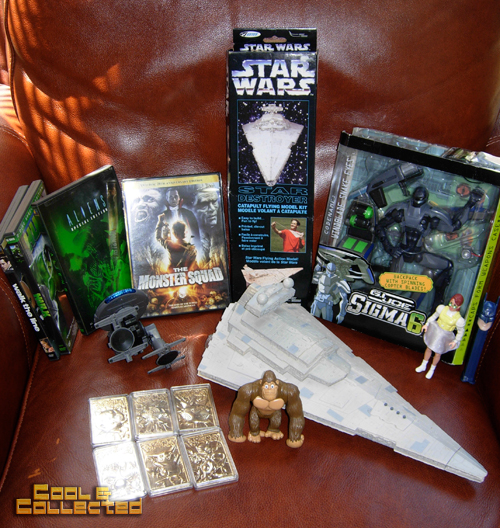 This weekend’s finds were a little better. By some strange coincidence, I found two Star Wars Star Destroyers–one wooden kit, and a battery operated plastic vehicle. That plastic one set me back just a dollar but is actually fairly valuable–I could probably sell it for $25 without its missing stand. My favorite find of the day was the anniversary DVD for the Monster Squad. I’ve been looking for that movie for ages, and now I can finally catch up with some old friends. 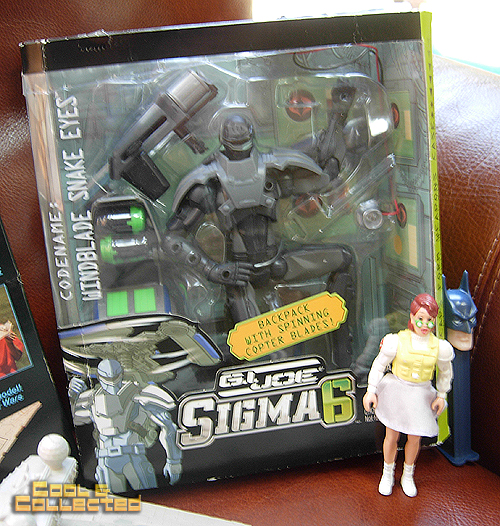 This G.I. Joe Sigma 6 Snake Eyes is unopened but for some reason is missing the top and bottom caps which served as a weapons case. 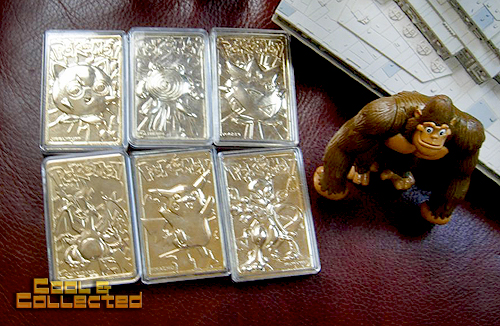 I had no idea what these gold Pokemon “cards” were, but I knew my son would be thrilled to have them, so I popped for the 50 cents. A quick Google search showed that these were Burger King toys that are fairly collectible. That King Kong (Donkey Kong?) figure was just icing on the cake!

Anyone else have any luck at the yard sales this weekend? Any diamonds in the rough?