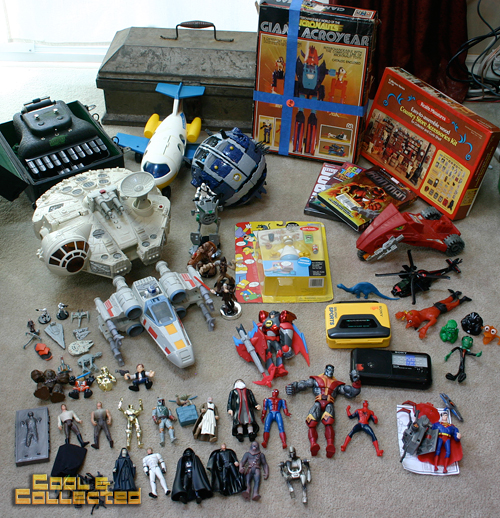 The yard sale gods finally shined down on me this weekend. It’s been tough to find anything really great so far this year, but today the tides turned and I found a great assortment of fun stuff. I went to two large church sales and one yard sale. The church sales are great if you get there when the doors open, but if you’re ten minutes late, they are picked clean of anything worthwhile. 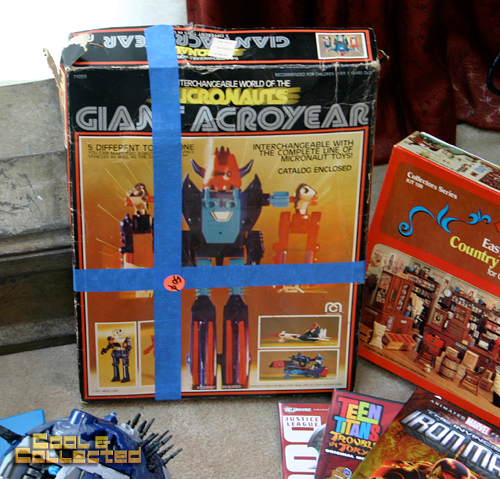 The highlight of my day happened within the first 20 seconds, when I found this Micronaut Giant Acroyear

in a pile of board games! You don’t find 35 year old toys in their box very often at yard sales. The blue painter’s tape came off without damaging the box, so for me, this was a mega-score for 50 cents. 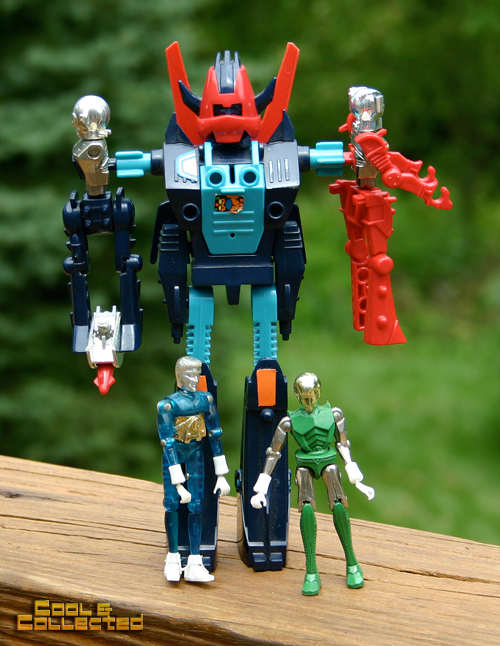 After opening the box, unfortunately the Giant Acroyear wasn’t complete, but it had most of the pieces to form the large robot. A bonus inside the box were two figures that weren’t supposed to be in there. The figures alone are worth about $10-15 each. Score!

All these Star Wars action figures were in a ziploc bag and cost 75 cents. The big score was the Marvel Legends Collossus

figure, which sells for $20 on eBay. Not a bad return on my 25 cent investment. 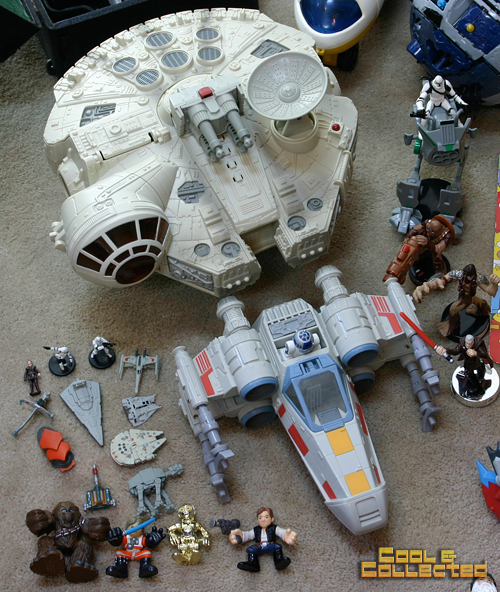 More Star Wars toys! These Galactic Heroes vehicles and figures are a lot of fun — not too valuable by themselves, but I’ll sell them in a lot and can probably make a tidy profit. 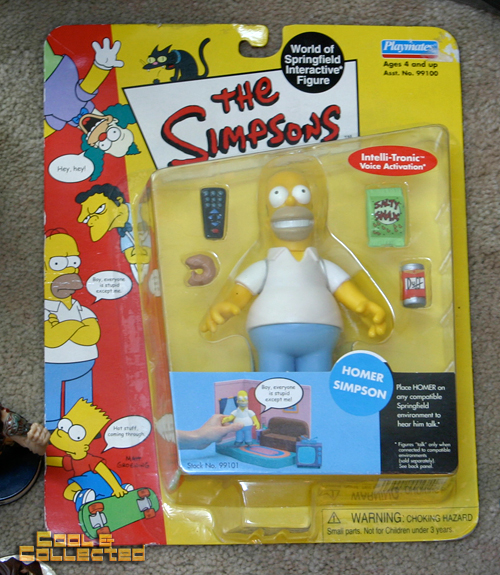 This was a fun find that will stay in my collection. I never bought into the World of Simpsons figure line, but if I did, this would have been the figure I would have wanted the most. Playmates released so many figures, they pretty much saturated the market, and as a result, most of the figures aren’t worth very much, which is too bad, because they really are pretty great. This figure was in a box filled with unopened Spawn figures and a really tempting McFarlane Snake Plissken

Somebody help me out! I have no idea what this big transformer-looking toy is, and I can’t find any markings on it. I thought it might be a Star Wars Death Star but now I don’t think so. I figured it was worth at least a buck. 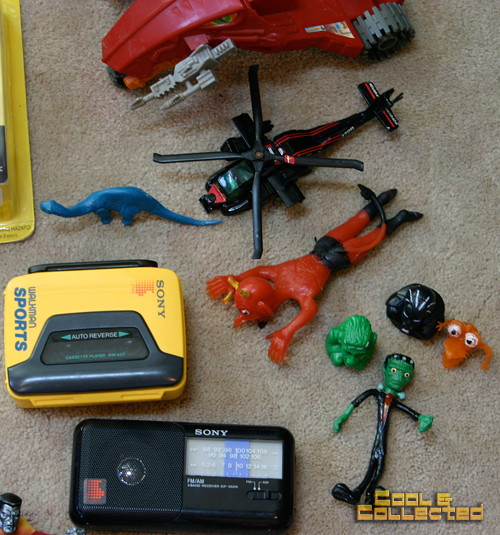 The irony of finding that devilish Ben Cooper jiggler

at a church sale is not lost on me. That guy is awesome and will stay with me unless someone wants to trade me a Batman or Planet of the Apes jiggler for it! The Go-Bots Warpath helicopter is in pretty good shape, and look, a He-Man Laser Bolt vehicle! For some reason, I keep buying Sony radios and Walkmen. One of these days I will put up a huge lot of them on eBay. 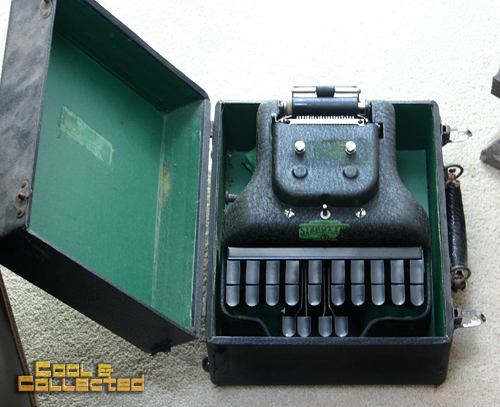 Certainly not pop culture, but this antique stenography machine just called to me. After talking with the seller, I learned that it was used by his father when he was a military court reporter in the 40’s. This thing is in great shape, and old mechanical items always get my interest. There are two of these up on eBay

I found some great vintage toys but my favorite find of the day is this antique toolbox. It’s painted metal and has a copper handle and latch. This thing has seen some action and is going to look great in the cave.

So, it was a fun day of treasure hunting for me. Anyone else have any luck? What did you find?