St. Patrick’s Day is approaching, and for some reason, it got me thinking about wrestling a pot of gold away from an annoying little leprechaun. Of course, I’d have to spend my new fortune quickly before it all faded away, as Leprechaun gold is known to do.

Lucky for me, there are still a few days left in Hake’s current auction. Last week, I wrote about the amazing vintage Batman items up for bid, but my wish list certainly didn’t end there. When I reach the end of the rainbow, here are a few more items that I would add to my collection… 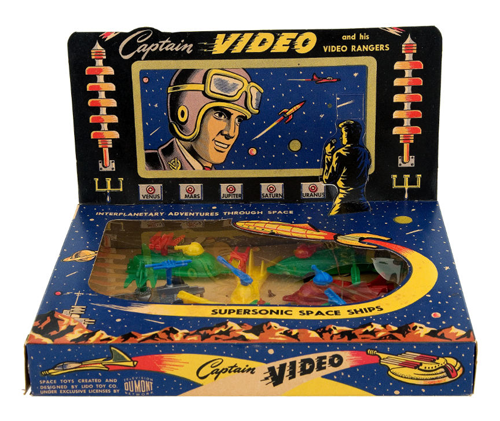 Despite the fact that I wasn’t even born until a few years after we landed on the moon, the allure of pre-moon mission space toys is undeniable. There’s just something about the optimism and excitement of the toys depicting space flight and exploration that really gets my collecting engines revving on full throttle. This colorful Captain Video box is an excellent example of the toys produced in that era, and would be the centerpiece of any vintage space toy collection. (Estimate – $400 to $700) 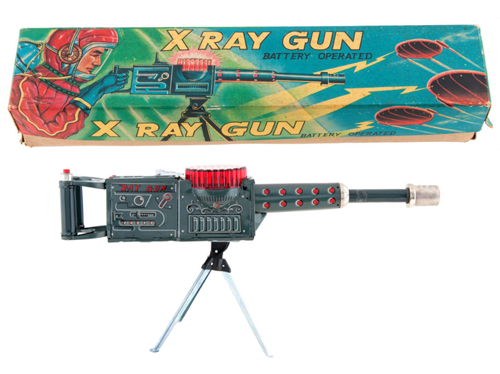 Forget the gun, I just want this box! When I look to add an item to my collection, one of the key factors in an item is its “displayability.” I don’t buy items to hide them away in a drawer or in a box, I want to look at them and enjoy them on a daily basis! This X-Ray Gun box would be an awesome backdrop to a collection of space toys. (Estimate – $200 to $400) 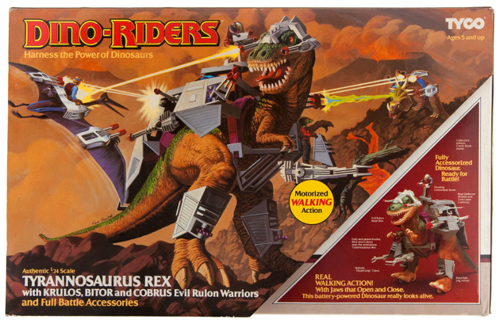 “Dino-Riders” is hands-down the coolest line of boys toys that came out of the testosterone-packed 80’s. Battery-operated dinosaurs with rocket-firing capabilities and laser beams? ABSOLUTELY! While the toys might not have seen the success of some of its contemporaries, there’s no arguing the fact that these toys were pulled right out of every little boys’ fantasies. The king of the product line was the Tyrannosaurus Rex, and if you have this guy sitting on a shelf, you can be sure it will make a powerful statement. (Estimate – $400 to $700) 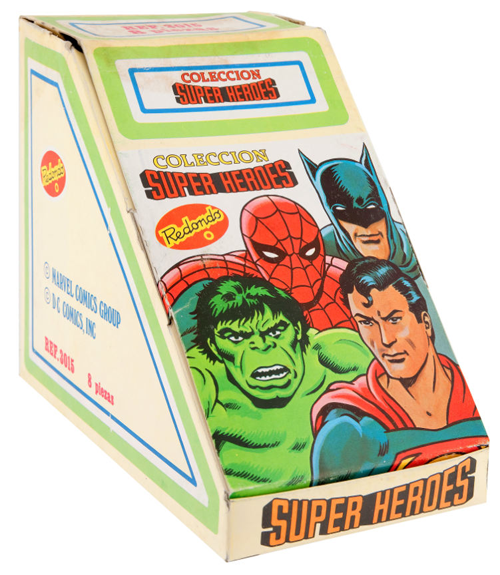 It’s no secret that I collect pop culture icons, and among the characters I collect, there are four super heroes: Batman, Superman, Spiderman, and the Hulk. Well, what do we have here? A display box full of cap guns based on those four! There aren’t too many items that depict both Marvel and DC characters, and this 1970’s package from Spain is awesome!  (Estimate – $200 to $400) 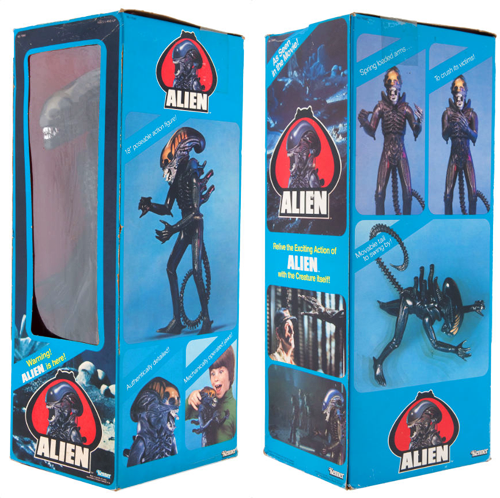 This cute little fella is on just about every toy collectors’ list of holy grails. Finding a loose Alien figure is difficult, but finding one in a nice, clean box is near impossible. I don’t know where Hake’s found this one, but it’s easily one of the best examples I’ve ever seen!  (Estimate – $200 to $400)

Now if I could just find that rainbow…