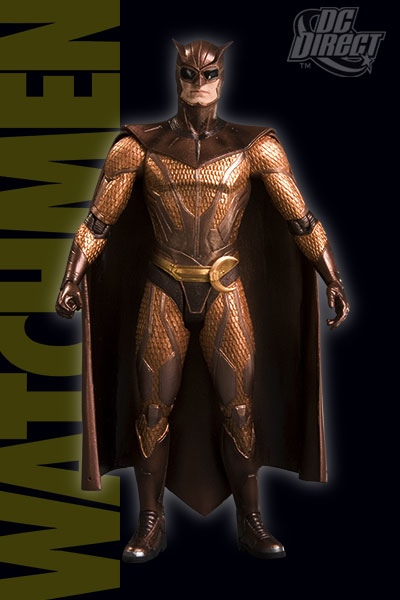 Back in 2001, to celebrate the 15th anniversary of the Watchmen graphic novel, a series of action figures was almost introduced to market. A few of the prototypes were showcased at toy and comic conventions, but the figures were never mass produced. Well, your wait is finally over. DC Direct has announced their initial Watchmen line-up, which includes action figures and a series of cold-cast porcelain busts, available in January, 2009.