It’s no secret that I’m a huge fan of the posters Mondo has produced for the Alamo Drafthouse over the past few years. Last week, they unveiled the Mondo Archive, which is an online gallery of all their posters. I have spent a ton of time revisiting these old friends and created a list of my top ten posters.

Remember, opinions are like a-holes, and everyone has one. This is mine (opinion, that is). I tried not to pick more than one image from a series, otherwise Olly Moss’ and Tyler Stout’s Star Wars posters would have accounted for most of the list. I also prefer the blockbuster movies over the art films or cult flicks. So, here goes in no particular order… 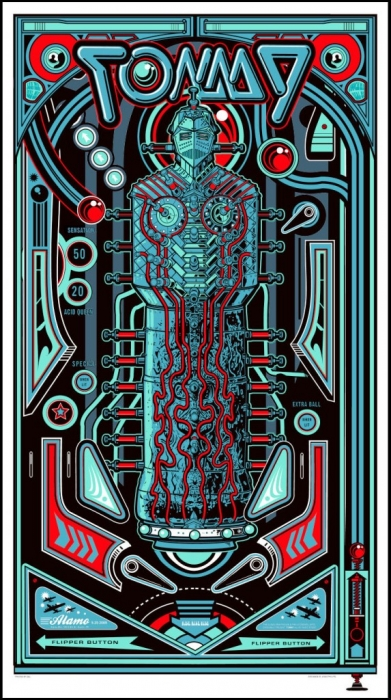 Tommy by Jesse Philips (2010) – This would look great in any game room! 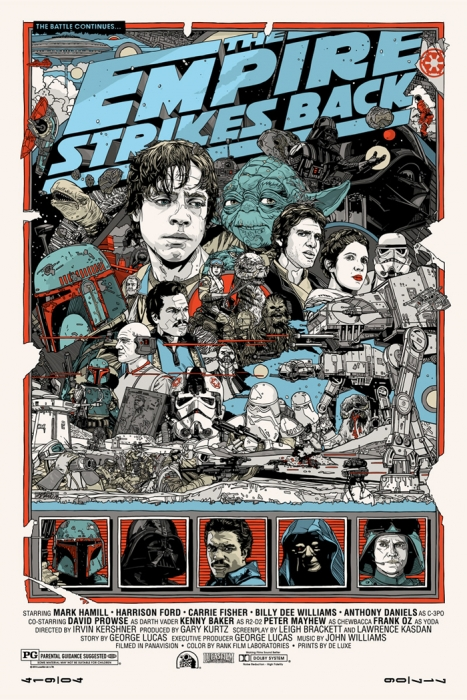 The Empire Strikes Back by Tyler Stout (2010) — This series of posters is awesome, but ESB is my favorite. Love those AT-ATs. 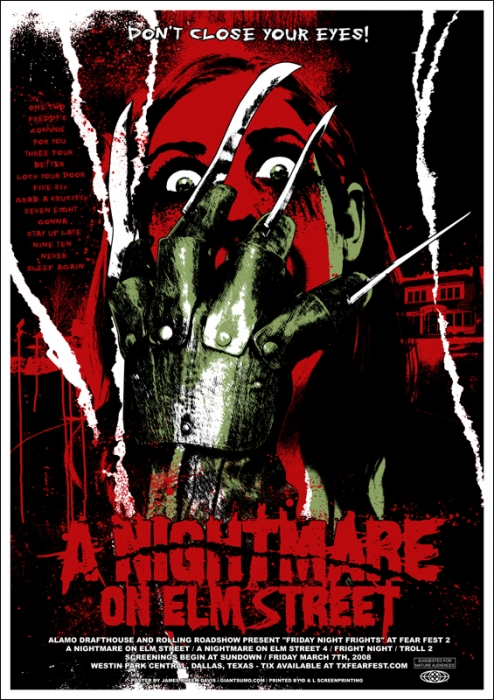 A Nightmare on Elm Street by James Rheem Davis (2008) — Now THIS is how you advertise a horror movie! 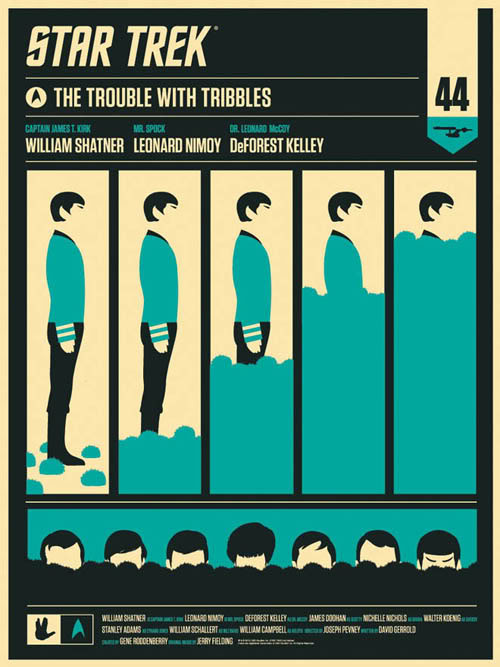 Star Trek: The Trouble with Tribbles Spock version by Olly Moss (2010) — This is the one that started my Mondo fascination. 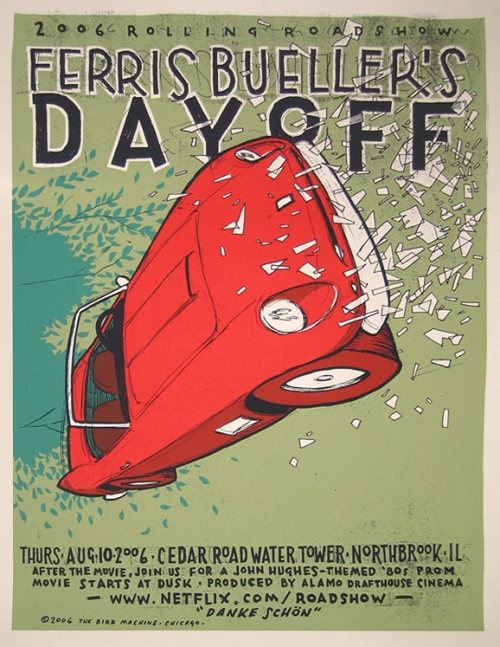 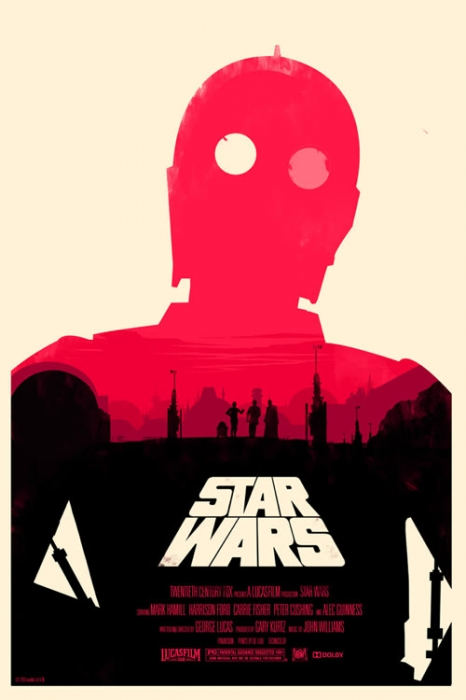 Star Wars by Olly Moss (2010) — This is possibly the best poster ever made.

Iron Man 2 variant by Tyler Stout (2010) – This one gets bonus points for being printed on metal. 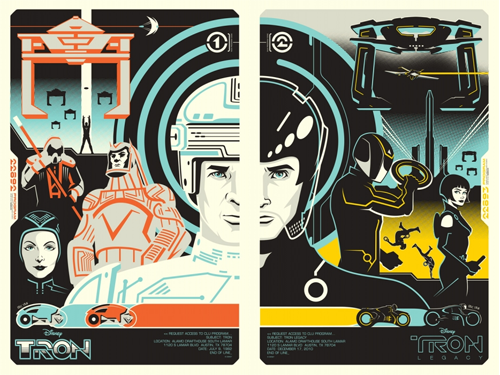 Tron and Tron Legacy by Eric Tan (2010) — Technically these are two posters, but you HAVE to have both of them for the full effect.

Frankenstein by Drew Struzan (2011) — Technically, this one shouldn’t count since it hasn’t been released yet, but it’s DREW FREAKIN’ STRUZAN!

What’s your favorite poster that didn’t make my list? Do you have a better top 10? Let’s hear it!