My pal, Tommy Day of Top Hat Sasquatch fame, has a hit on his hands. His latest effort on the path to greatness is Boxsome, a genius idea that I’m kicking myself for not thing of first. 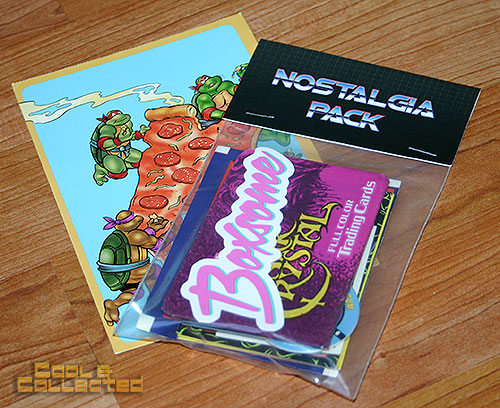 Boxsome is a site that sells “Nostalgia Packs” which are packets of trading cards, stickers, pogs — pretty much anything that is awesome and can fit in a polybag. The best part is that you can pick and choose the wax packs you want to buy — there’s none of that blind box silliness going on here! I ordered the Nintendo Game Pack and Dark Crystal wax packs, and check out at all the other goodies that came with them…

I’ve been a wax pack collector for a while and seeing a service like this come up in 2013 is a dream come true. Every time I visit Boxsome, it seems like new wax packs have been added to the selection. You can bet I’ll be going back for more! 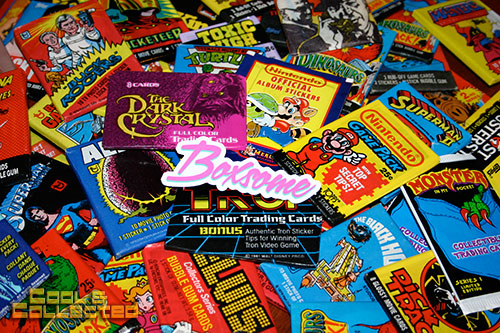 You can use the promo code COLLECTED to receive 20% of your entire Boxsome order through next Monday, April 29!