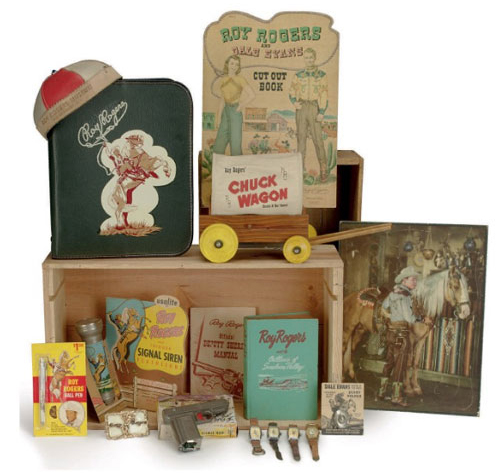 Christie’s auction house in New York will be holding an auction on July 14-15  featuring the remarkable collection from the Roy Rogers and Dale Evans Museum in association with High Noon Western Americana.  The Roy Rogers and Dale Evans Museum closed their doors last fall after over four decades of celebrating one of the most popular cowboys and cowgirls the world has ever known.  The auction with no reserve will include over 300 iconic lots from suits by Nudie the Rodeo Tailor, saddles, personal photos, awards, the famous Nellybelle jeep from the 1950s TV Show, to arguably, the most famous horse of all time, Trigger.  This historic sale will pay tribute to Roy Rogers and Dale Evans who will always remain renowned for their wholesome and caring treatment of their family, friends, and fans. 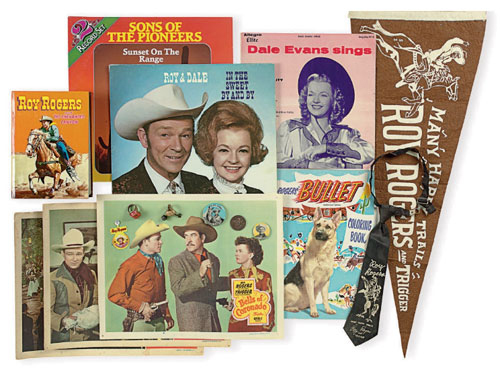 Nicknamed “The King of the Cowboys,” Roy Rogers, born Leonard Franklin Slye, is an enduring icon of American culture.  A two-time inductee into Nashville’s Country Music Hall of Fame, Roy Rogers along with The Sons of the Pioneers had a syndicated radio show, and recorded 32 songs for Decca Records before going on to appear in over 100 films and star in the television hit The Roy Rogers Show.  Nicknamed “Queen of the West,” Dale Evans, married Roy Rogers in 1947 and starred alongside her husband in The Roy Rogers Show from 1951 to 1957.   In addition to her successful TV shows, more than thirty films and some two hundred songs, Evans wrote the well-known song “Happy Trails.”  Role models and heroes to boys and girls, men and women, Roy Rogers and Dale Evans will live on in the hearts and memories of many. 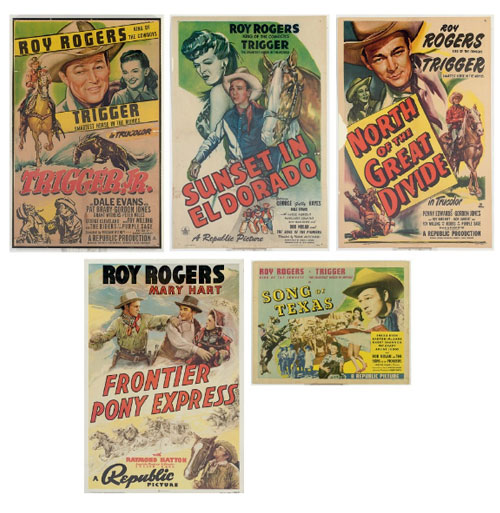 On December 12, 2009, The Roy Rogers and Dale Evans Museum closed its legendary doors after over four decades.  Embraced by fans all over the world, the museum was deeply personal and displayed family photos dating back to Roy and Dale’s childhood.  It also included colorful costumes, parade saddles, memorabilia from the silver screen and television, artifacts from Roy’s real-life safari adventures, tributes to his friends and sidekicks, pictures from the early days of The Sons of the Pioneers, and an assortment of artifacts meaningful to Roy and Dale.   Among the most popular exhibits were Roy’s trusty horse Trigger, his loyal dog Bullet, and Dale’s buckskin horse, Buttermilk*, all previously displayed for fans in the Branson Museum. 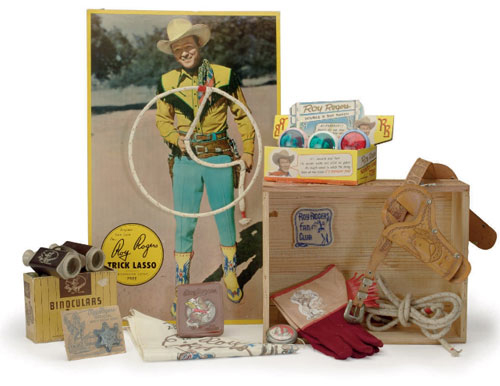