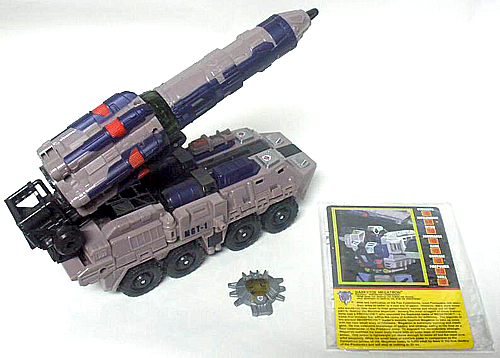 Say the word “Auction” to most people, and they immediately think of stuffy old rooms with people fighting over dusty antiques and oil-paintings or crowds spread out on a lawn looking through boxes of Housewares searching for some hidden treasure.  To many, the auction scene is relegated to boring old buyers in search of the lifeless treasures of an even older generation.

But the folks at TheBigToyAuction are hoping to change all that.  As the first Auction dedicated entirely to Modern Toys, Action Figures, and Collectibles, they’re hoping to bring a new excitement and energy to an old profession.  Says Christopher Noon, founder and operator of TheBigToyAuction, “I’ve been buying Action Figures for years, and every time I’d go to an auction I’d wait around all day for the maybe half-dozen attic finds at an estate sale or a few lots here and there at a consignment sale.  But by the time those few pieces would come up, half a Saturday was already shot, and I felt like that time could be better spent finding deals somewhere else.”

Rather than waiting for those deals to come, Noon, A licensed Auctioneer himself, decided to create a place where Action Figure Collectors could come together to find the type of toys they were looking for, without wading through all the other typical auction fare.

“I knew there was a need for this type of thing, and a collector base that was interested. It was just a matter of letting them know about it, and the easiest way to do that was through the internet.”  Using the proxibid auction platform, TheBigToyAuction is able to take bids both from the floor and from bidders around the world all in real-time.  Bidders hear the lots called live from the auction block, and Proxibid Agents, in turn, relay the internet bids back to the auctioneer at breakneck speeds resulting in a pretty entertaining spectacle, especially for those unfamiliar with the Live-Auction scene.

Says He-Man Collector, and recent auction attendee Al Reiter, “It’s pretty crazy listening to all this going on.  Everybody’s shouting and pointing and I don’t know how anyone can keep track of what’s going on.  It’s pretty intense.  It took a little while to ease in and get used to it, but in the end I managed to get one piece I really wanted, and a couple of good deals on some others.”

Before the internet, it would often take collectors years of searching and attending toy shows and swap eets to find that one last piece of their collection.  Now, search engines and online shopping have made it easier to flesh out collections, but in many ways have made the hobby less fun.

With TheBigToyAuction, Noon hopes to bring some of that joy of collecting back “The internet has re-introduced a culture of collecting, but somehow the excitement of competitive bidding and going head-to-head against another collector to see who budges first has been lost.  As a Buyer, I often miss that myself.  But as an auctioneer, I have a unique opportunity to bring it back and foster it.”

The initial Online run of TheBigToyAuction will feature an eclectic mix of action figure lines from various eras including He-Man, Transformers, and GI Joe amongst others.  If successful, future TheBigToyAuction events will each concentrate on a specific brand and will focus on bringing rarer pieces to the Auction Block.