A lot of times, I’ll find a sweet vintage toy at a yard sale and am always excited when it has the original box. Unfortunately, most of the boxes have seen better days, and are bent, ripped, taped, and mildewed, but I’m always optimistic that there is something worth salvaging. For many vintage toys, the box can actually be worth more than the toy it contained, so before you toss a hopeless box in the trash, why not try and see if you can save it?

Here is a pretty rough box for a GI Joe vehicle from the 80’s. A large chunk of the box was cut out for the file card on the back, and the GI Joe points were removed as well. There was also a large piece of clear packing tape holding it all together. 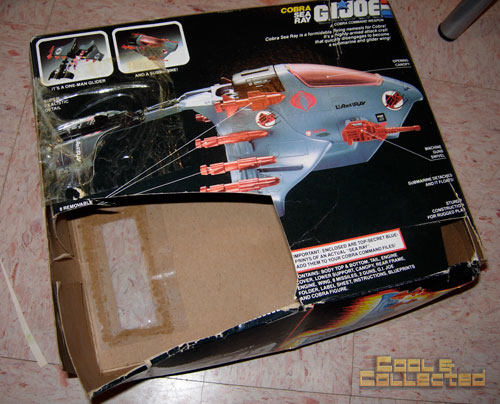 I could have just tossed the box in the trash and saved myself a half hour of my Sunday, but I have a bit of preservationist in me, so I went to work. First, I removed the tape with a small paintbrush and a good bit of Naphtha. The Naphtha dissolved the adhesive and the tape came off easily. 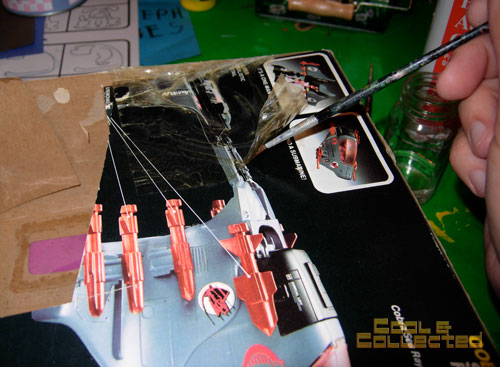 Next, I cut a piece of cardboard to serve as an insert which would reinforce the structure of the box, which was pretty much non-existent due to the large area that had been cut out on the back. 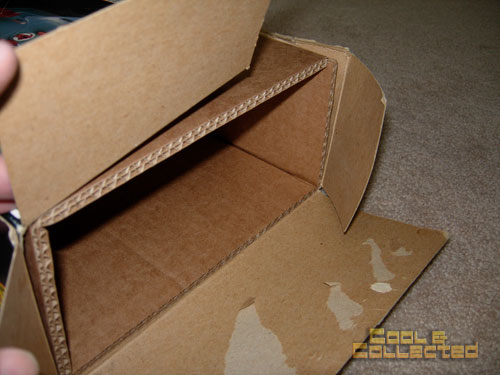 This is a great technique to use with old board games, and it prevents them from getting smashed if heavy items are placed on them. 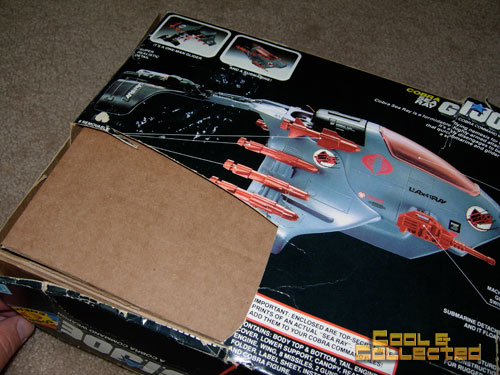 It might not look like a brand new box, but it saved what was left for that collector out there who has always wanted one of these with the original box, but could never afford one in mint condition. 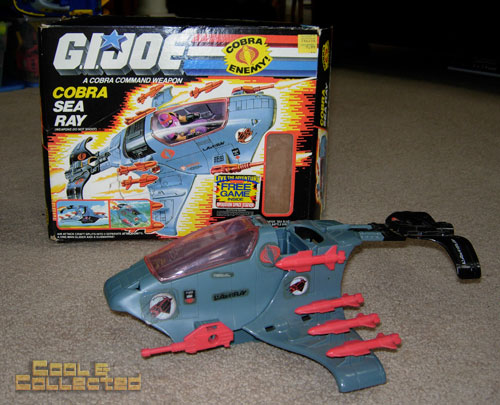 Now doesn’t this look better than just the vehicle by itself?