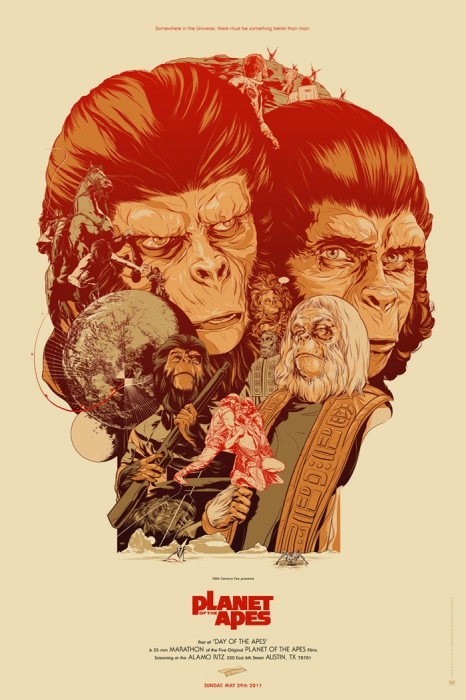 Two of my favorite things finally came together, and no, I’m not talking about chocolate and peanut butter! I have been waiting for Mondo to tackle the Planet of the Apes films for a long time, and today those dreams were finally realized. 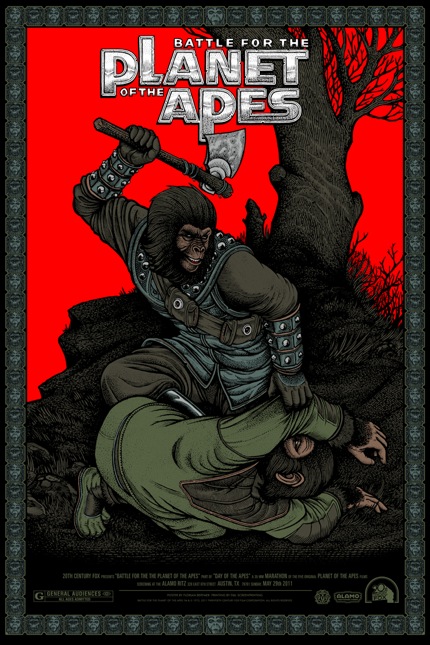 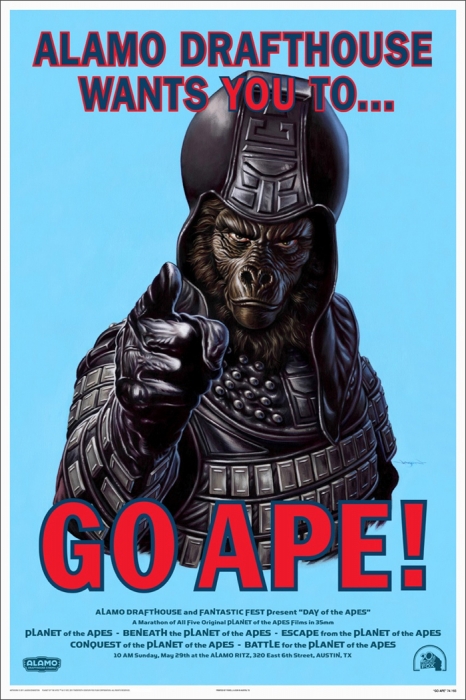 The whole set was offered for $230.00, but buying one proved to be as difficult as ever. I was reloading Mondo’s site all morning while following their Twitter feed, but even after responding the second the posters went up for sale, all I got was a blank screen that refused to load. Foiled again! 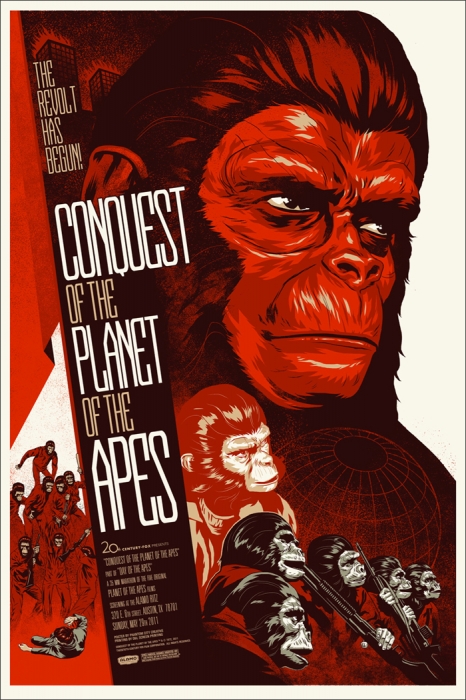 I hate myself for doing it, but I immediately went to eBay

and purchased the Conquest poster at a huge markup. That movie is my favorite of the series, after the original, for its gritty social commentary and I simply could not resist those red jumpsuited apes on the poster. 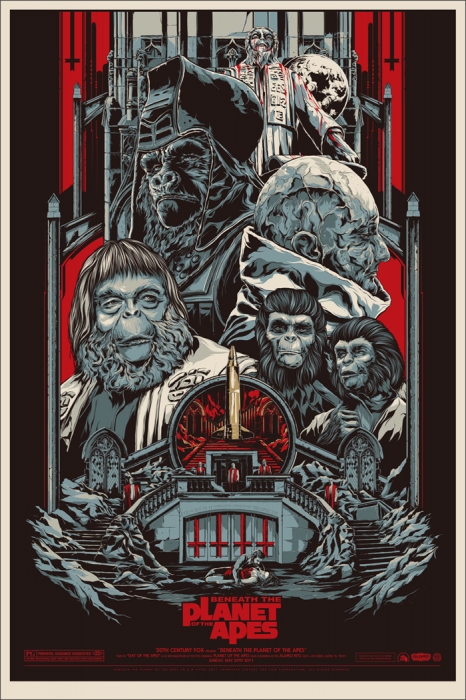 The design of the Conquest poster is excellent, but I was also severely tempted by Ken Taylor’s poster for Beneath the Planet of the Apes. You can bet I’ll be trolling eBay

looking for a deal on this print. 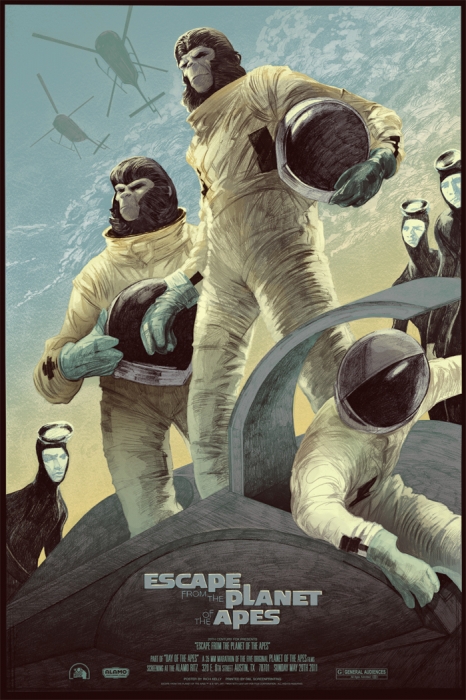 Not surprisingly, the scalpers have already listed over 50 sets on eBay

and some sets that have been broken up for suckers like me. Is there no escape from the eBay

scalpers? Sadly, I don’t think so. Not as long as there are die hard fans like me who will pay their insane markups just to get a whiff of that incredible silkscreen ink. I admit it. I am the problem. sigh.