Mr Fisher, known as “BOB A” in the Star Wars community, had been an avid collector for over 30 years.

He was an auto body repairman by day, but by night, at home, Robert Fisher traveled to a galaxy far, far away to indulge his obsession for all things “Star Wars.” Even before the May 1977 release of the first installment of the third-highest grossing film series in movie history, Fisher started collecting just about any piece of “Stars Wars”-related memorabilia available — from cake-decorating kits and Darth Vader light-switch covers to a rare Yoda trading card and a specially created pink droid toy for a Make-A-Wish kid in Florida.

“My dad jumped on everything that had anything to do with ‘Star Wars,'” says Derek Fisher, Robert’s 41-year-old son and guardian of his father’s legacy. “He actually started collecting even before the movie came out. He sent away for a mail-in offer from Kenner for one of the first toys. After that, he didn’t stop until almost the day he died last year.” 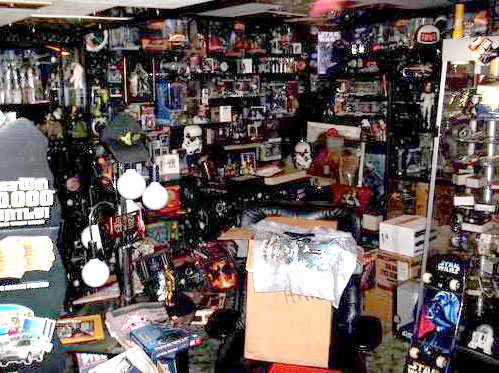 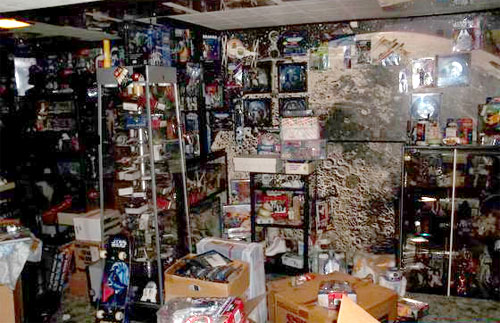 There are all kinds of amazing items included in the auction. Here are just a few… 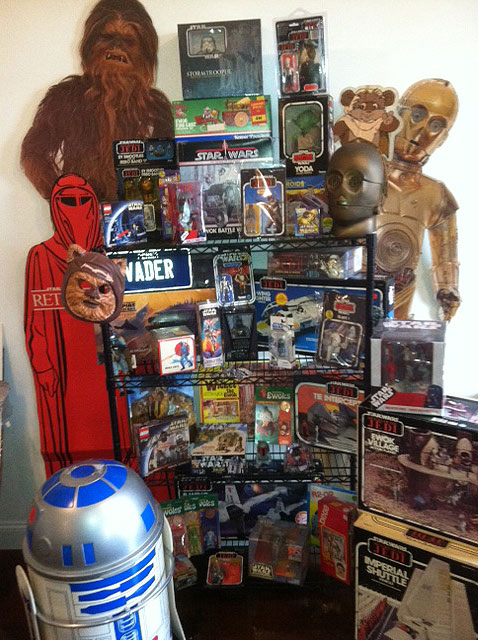 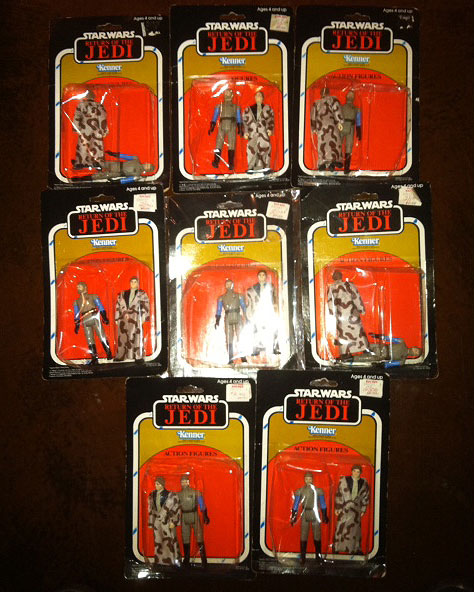 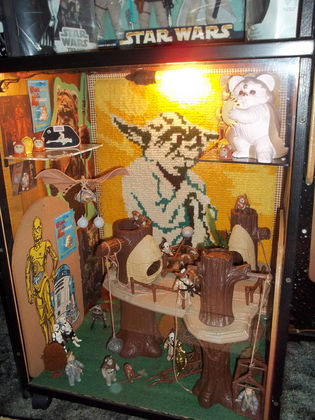 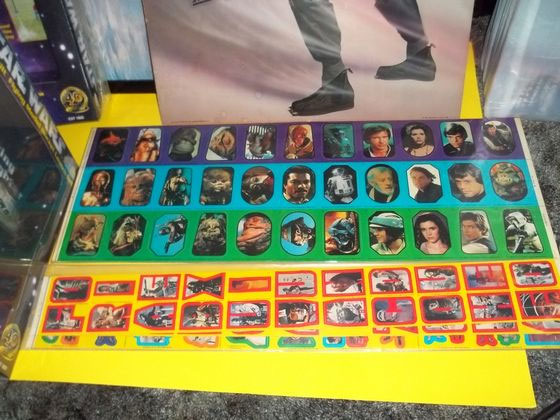 The collection is being auctioned off in a 2-day event this weekend by Pop! Culture Connection in Pittsburgh, Pennsylvania. The auction preview is on Saturday morning, starting at 9 a.m. until the auction begins at 11am. If you are in the Pittsburgh area and want to attend, you can find all the details you need here.