The lines were long and the skies were threatening at this weekend’s National Book Festival in Washington, DC.

This weekend, 120,000 book lovers descended on the national mall to celebrate their love of literature. This was my third book festival, and probably my last. But, that’s what I said last year after sitting in gridlocked traffic due to the National Triathlon which was being held the same day, blocking most roads in and out of the city.

This year’s festival was incredibly crowded. I should be glad to see that so many people are still interested in reading, but I wish a few of them had stayed home. I had hoped to get books signed by Salman Rushdie, Neil Gaimin, and Geraldine Brooks, among others, but the lines for the signings stretched as far as you could see. I really do hope this event continues in the years ahead, but the organizers need to figure out how to make it more approachable and less of a hassle. 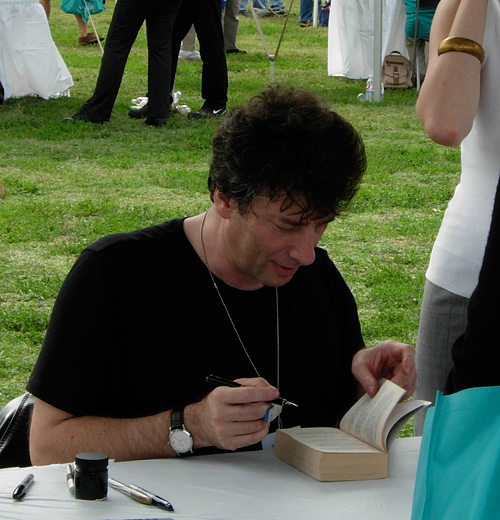