Christopher Noon runs the Big Toy Auction, and is a long-time friend of Cool & Collected. He recently attended the Mego Meet in Wheeling, WV and here are his thoughts on the event…

Founded in the mid 50’s by Dave Abrams and expanded by his son Martin beginning in 1971, The Mego corporation came to dominate toy racks throughout much of the 70’s and early 80’s.  They produced 8-inch figures for both Marvel and DC superheroes, science fiction properties including Planet of the Apes, and TV and movie celebrities, before finally imploding in 1982.

But nearly 30 years after the company’s demise, a small group of devoted fans is keeping the memory of the iconic figures alive with their annual Mego Meet, which held last weekend, in Wheeling West Virginia.

I was contacted a few weeks ago to have TheBigToyauction.com do a benefit auction to raise funds for the Megomuseum.com site, an online portal dedicated to preserving the rich history of the many toys produced by Mego.  As a big fan of these types of conventions, I jumped at the chance to get involved with this community.  A mere 7-hour drive later, we were in Wheeling, West Virginia, at the beautiful Kruger Street Toy and Train Museum for the 7th annual Mego Meet event. 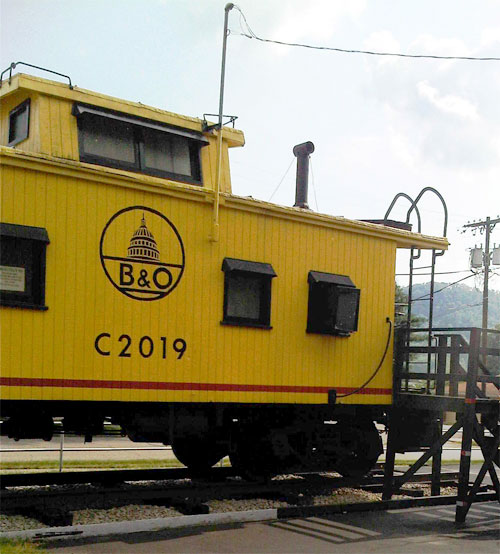 Pulling up to the restored Victorian schoolhouse that houses the Toy Museum, we weren’t quite sure what to expect.  From the non-descript outside, other than the Bright Yellow Train Car parked outside, one would never suspect anything but books and desks within. But since its purchase in 1997, Allan Miller and his son have been packing 144 Kruger Street almost literally to the rafters with all kinds of childhood playthings, including one of the largest Toy Train and vintage Marx toy collections ever assembled.

As soon as we entered the museum, we were greeted by a massive Rollercoaster over 5 feet tall and made entirely of Knex building system toys.  Opposite the coaster is an equally impressive Knex Ferris Wheel that stands taller than me.  The courteous curators at the front desk welcomed us and sent us downstairs where the adventure really began.

Through the winding, cavernous underbelly of the schoolhouse, we were met with table after table of Mego merchandise, ranging from rare pieces and custom-made figures to the Megomuseum’s own trading cards made by resident artists and given out freely to be traded amongst visitors year after year.

Since it began in 2005, the Mego Meet has been growing, nearly doubling the amount of vendor’s tables to 43. This year, the sales floor expanded into an adjacent room to accomodate the extra vendors, with a few tables even lining the hallways.  And yet, according to Chris Johnson who organized and ran this year’s event along with customizer Steve Moore, attendance has only grown from about 80 at the first meet to approximately 115 this year, resulting in a very cozy and relaxed atmosphere, where everyone tends to know one another.

As I experienced it, the Mego Meet is more of a backyard get together than a convention, where friends who know each other only through the megomuseum.com site can get together once a year and meet face to face.  Even though there is nearly one vendor for every two visitors, the entire event is surprisingly not commercial (despite lots of money being spent on lots of Mego figures).  In my short time there, I only got to visit about half of the main sales floor and spent more time talking with vendors than doing any business.

John from Type3Toys.com took time to explain how to add fur to a Mego body, while another vendor gave out homemade chocolate lollipops molded into Spiderman, He-Man and Captain Kirk Heads.  Given that Mego hasn’t produced any new product since it’s demise nearly 3 decades ago, I was surprised to see just how much product was actually available. Although there was plenty of vintage Mego Goodness to go around, there is also a movement towards “Re-Mego” product including individual custom figures, as well as modern products from third-party manufacturers like Cast-A-Way Toys, Zica, and EMCE Toys.

But more than just being an action figure swap-meet, there was quite a bit of organized fun to be had as well.  There was a custom figure contest for the kids, judged by resident artist Art Baltazar, who also designed the Logo and Poster for this year’s meet.  There were a number of presentations about various aspects of customizing, complete with molds and pressure pots, and talks about upcoming releases by third party vendors such as Dr. Mego and Cast-A-Way Toys announced their new Buster Crabbe licensed Flash Gordon figure.

And of course, there was the benefit custom figure auction with items donated by various members of the Mego community, and all proceeds going to the maintenance of the Megomuseum site.  I get asked to do a lot of benefit auctions, and most of them are pretty fun.  Every once in a while, though, I get a room full of very stuff collectors, each somberly bidding trying to outdo each other.  But in Wheeling, I genuinely had a good time, with a lot of enthusiastic bidding and lots of good-natured ribbing and camaraderie between the bidders keeping things lively. 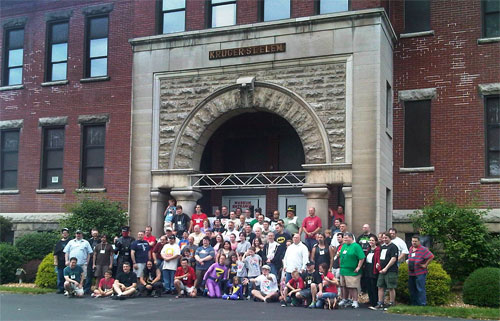 I’ve been to a lot of shows where everyone was just trying to make a buck, but what I really enjoyed about this year’s Mego Meet was the family atmosphere. Some of the members brought their entire families, with one of the forum members, known as Brue, dressing up as one of the Wonder Twins while his young daughter dressed as the other.  After all, what’s a convention without some Cosplay?

I personally look forward to returning next year, and maybe spending some more time getting a chance to experience the convention itself. I’ve already been informed that next year will focus on the World’s Greatest Super Heroes, and the 29 figures Mego produced for that iconic line.  On display will be one of the most extensive collections of vintage WGSH figures assembled as well as some in-depth expert discussion of the history of these figures.  Whether you are a long-time Mego fan, or just have a passing interest in checking these out, you may want to block out June 9 and 10th next year to head on out to Wheeling for the 2012 Mego Meet.  If it’s anything like this year’s experience, you won’t regret it!