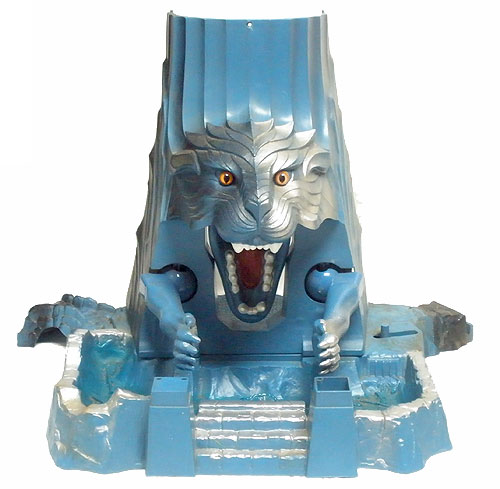 Eternia gets an Auction House

In 1981, toymaker Mattel began designing its next line of action figures. Heavily influenced by the then-current trends of Sword and Sorcery and science fiction prevalent in entertainment culture, they created an all new line of techno-fantasy action figures. Chronicling the adventures of a barbarian-like warrior prince and his friends and their struggle against a skull-headed madman and his horde of evil minions, Mattel introduced the world of “Masters of the Universe,” and forever changed the landscape of the toy industry.

As the story of He-Man nears its 30 year mark, new adventures are on the horizon. An exclusive line of updated figures is being produced by Mattel through their Mattycollector.com site, a live-action movie is in production, there are plans for a fan-based convention, and now our hero will finally get the recognition he deserves with his very own live-auction event.

“With Laser Light Skeletor commonly hitting well over the $800.00 dollar mark, and Eternia playsets easily selling well into the thousands, we thought it was a shame there wasn’t more excitement in the press about these items in particular and this property in general,” says Christopher Noon, founder of TheBigToyAuction.com. “When a copy of Detective comics 27 goes up on the auction block, that’s news. People talk about it. People respect it. But when a piece like an original Tytus is sold online, no-one outside the action figure fan community even notices, even though that’s just as important a piece for them. I thought it was time for the Masters of the Universe to finally come into their own.”

And so, Noon a licensed Auctioneer, began the very first live-auction site focusing primarily on action figures and related toys. “Our first few sales featuring Transformers and GI Joe have been very successful, so I wanted to try this out with a property like He-Man,” says Noon. “It’s a little new for everybody, so we’ll start out slow with a little bit for everyone. As the Toy Buyers get used to the live-auction process and the seasoned auction-goers get used to seeing action figures on the block, we’ll start adding some of the really hard to get stuff, but for this sale we wanted to make it accessible to everyone.”

The sale, which goes live Sunday, March 20 at 3:00 pm, EDT features an eclectic range of figures from various eras of the He-Man saga. The unique event will feature a combination of traditional bid-calling and streaming internet technology allowing users to follow along at home and bid in real-time against other bidders.

From vintage figures, vehicles, and playsets from the original 1982 line straight through the 200x series of Mike Young Production figures and even the online exclusive classics line of figures sculpted by the Four Horseman Studios, the auction will appeal to fans of every style. Highlights include the Laser Light Skeletor figure released only in Europe in 1989, and the largest He-Man playset ever created – the Eternia playset featuring all three towers and monorail tracks.

As with past TheBigToyAuction events, multiple photos of each item are available along with detailed descriptions and shipping information. Bidders and spectators are encouraged to inspect lots and ask questions in advance of the live-auction event. Those that cannot attend on sale day may leave absentee bids which will be represented against floor bids and internet bids on the day of the sale by TheBigToyAuction staff.