I’m about a week late with this announcement, but the Madball Football League has crowned its first champion: Poe Ghostal! 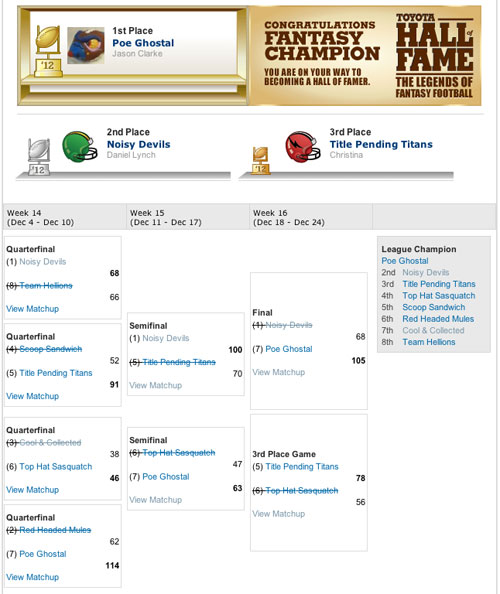 I’m not sure how it happened, but a team with a losing record managed to win it all in the end. The Noisy Devils take second place and the Title Pending Titans finish out the season with the bronze trophy. The Red Headed Mules and I both had solid 9-4 records, but finished in 6th and 7th place. Strange things were afoot in this league!

In addition to the coveted golden turtle, Poe will get first pick of three of the prizes, Noisy Devils will then choose three, and the Title Pending Titans will get the remaining three… 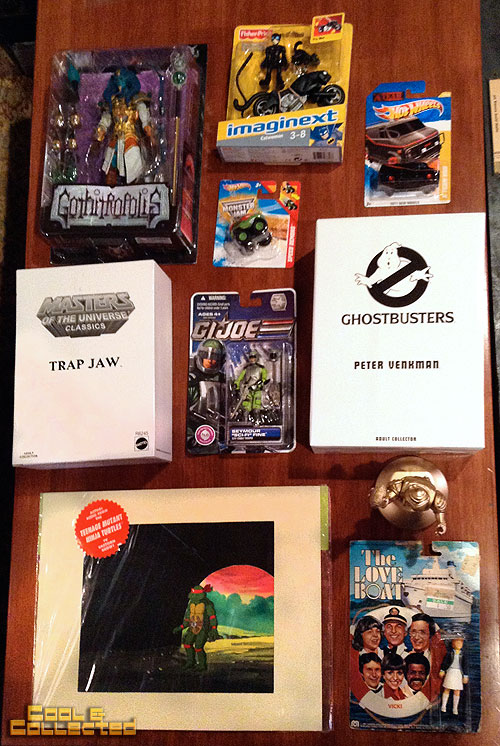 So what will Poe choose???