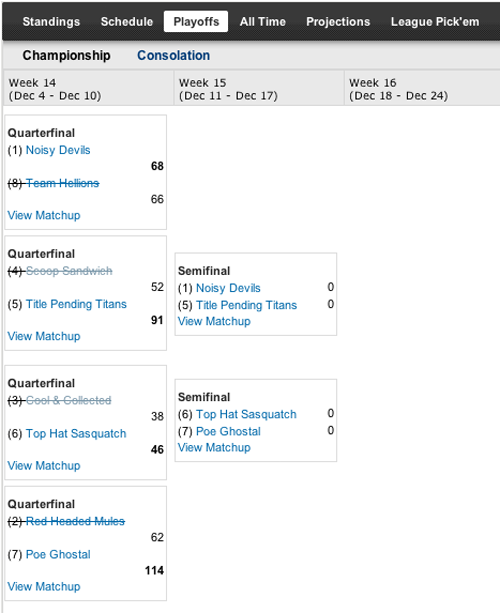 I picked the wrong week to implode. Seriously, even Yahoo is mocking me this morning. Check out their commentary:

This week, we see the departure of the Red Headed Mules, Scoop Sandwich, Team Hellions, and yours truly, but congratulations to Top Hat Sasquatch, Noisy Devils, Title Pending Titans, and Poe Ghostal for making it to the next round of the playoffs. I bet they can just taste that golden turtle.