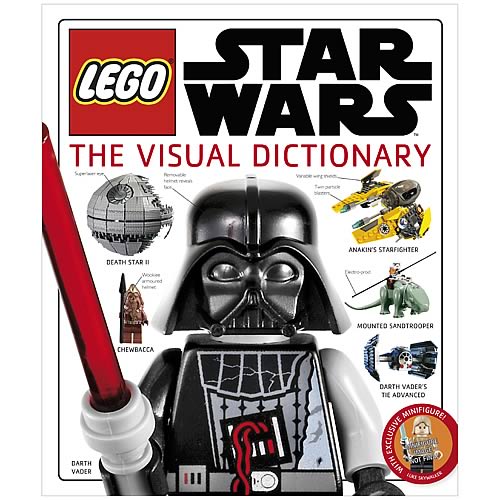 LEGO and Star Wars, two of the world’s most recognized and successful franchises, have been collaborating since the 1998 release of the first LEGO Star Wars mini figures. DK Publishing joins the party with the exquisitely photographed and minutely annotated Visual Dictionary… complete with an exclusive Luke Skywalker mini figure! It’s a comprehensive visual guide to the LEGO Star Wars universe. 96 pages.

In true DK style, the Visual Dictionary elucidates, illuminates, and excites even the most discerning LEGO, Star Wars, and mini figure fans around the world. Darth Vader, Boba Fett, Yoda, Luke Skywalker, and more are brought to life with dozens of little-known facts and hundreds of photos, as are accessories, vehicles, weapons, and even the Death Star. Learn about the history, manufacture, and construction of the mini figures of the Star Wars universe, and come away a LEGO Jedi Master!