One of my favorite places to stock up on toys is the Big Toy Auction, an online auction that typically happens once or twice a month. This week, they had a massive G.I. Joe auction, followed by a Star Wars auction the next day. I managed to win some pretty good items in the G.I. Joe auction, but was too exhausted (broke) to check in on last night’s Star Wars auction.

When the mailman leaves a giant box on my doorstep from the Big Toy Auction, it’s just like Christmas morning, because I have usually forgotten what I bought. Here’s what was in the box that arrived yesterday… 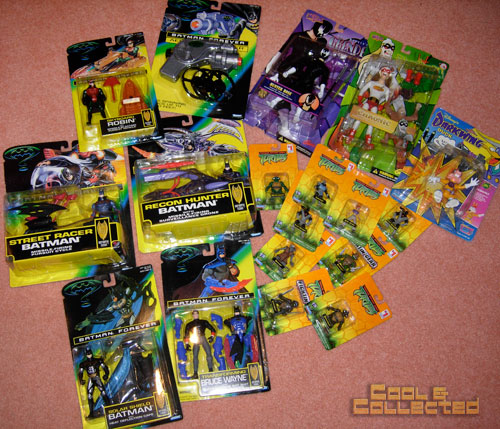 Okay, so this wasn’t what you might call an “epic” haul, but it’s still going to make the kids happy.

When I attend auctions, either live or online, I have a bad habit of scooping up the unwanted lots. What happens is that the auctioneer offers up 5-10 items as “buyer’s choice” lots, which means  the winning bidder gets to choose one or more of those items at the winning bid’s price. This usually weeds out the one or two better items in the bunch. After doing choice bidding a few times, the rest is thrown in to an “all for one money” auction, which means the winning bidder will get everything that’s left for one price. If you’re paying attention, you can get some really good deals in these lots. 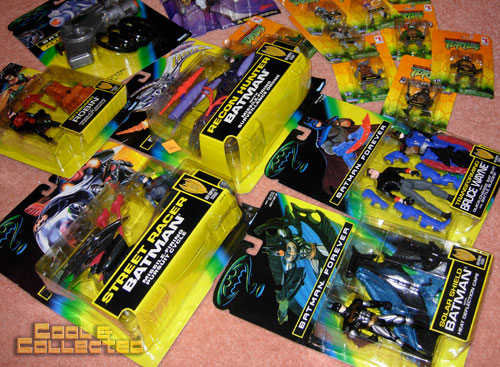 The three Batman action figures are worth around $10 each–I paid $4 for all three. The two vehicles and the aerodisc shooter cost me $5.

I paid $5 for all of these TMNT figures, but they were too fun to pass up.

This was by far the smallest haul I have ever received from the Big Toy Auction, but I thought I would let you in on my “little secret” (even though I’m sure I’ll regret that decision later). If you’ve never bid at an online auction before, I’d suggest logging onto one of these and listening to the audio. A word of warning though, these can become addictive, and you can spend more than you might have planned if you’re not careful!