Do you smell that? We’re on the verge of the best time of year — yard sale season! Just a few more weeks and you’ll find me cruising the ‘hoods in the swagger wagon looking for that pop culture gold. During the cold winter months, there are no yard sales, so I have to frequent the local antique shops and thrift stores. Here’s what I’ve brought home in the last week or so. 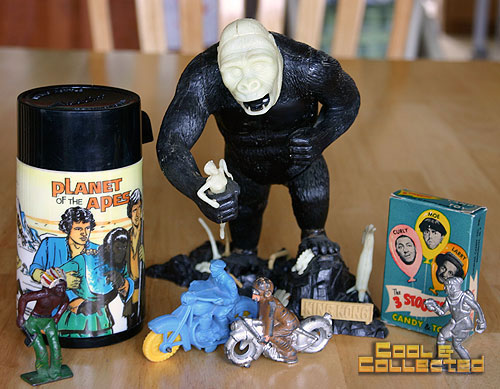 I’ve had my eye on that Planet of the Apes thermos for months, and finally got the shop to knock it down to a reasonable price — $25 — not cheap, but acceptable. They had it marked at $68, which was way too high. I also got them to throw in the blue Auburn motorcycle cop, which is pretty cool. I have never bought a motorcycle toy, but that day I ended up with two for some reason. 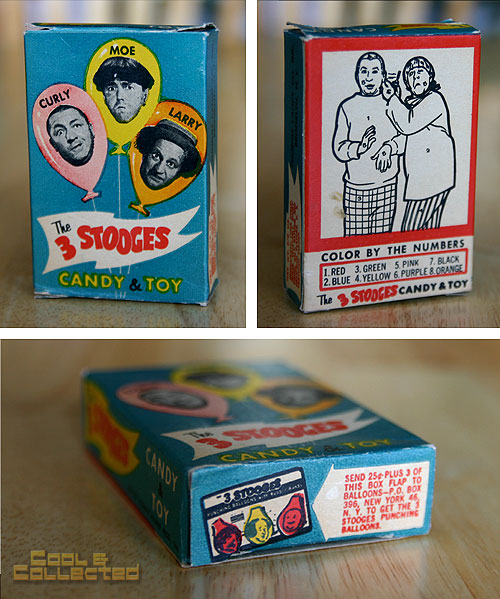 This little box was a great find for just three bucks. yep. I spent three dollars on an empty box, but it’s so great! 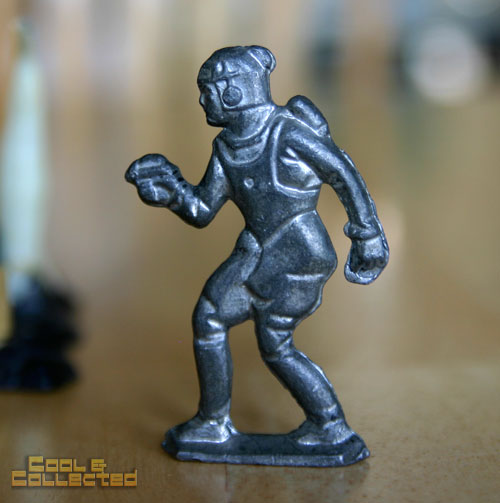 Here’s a neat old lead figure of Buck Rogers. These were cast by kids using a mold in the days before child safety regulations were in effect. Can you imagine if you walked into Toys R Us today and saw a home toy making kit that required you to pour molten lead into a form? Oh, the lawsuits! (You can see one of the lead molds on eBay here

.) I’ve actually wanted one of these figures for a while but had never found one in the wild. I picked this guy up along with the metal Indian and Motorcyclist for $6.50 — not bad. Anyone know anything about those other two figures? 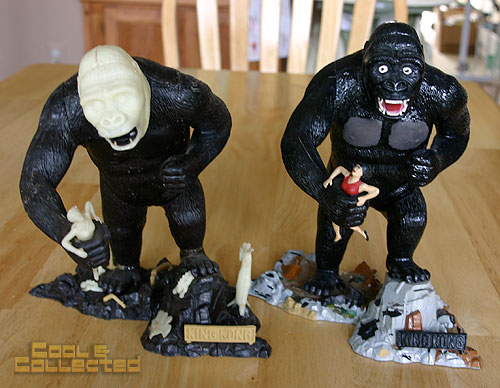 Ah, what can I saw about this awesome Aurora King Kong Glow model? Another $25 plunked down on the counter. Pictured here, he stands with my regular issue model. They are pretty much the same kit, except for the glow in the dark head and lady. I love it!

I’m so easy. If you ever want to bankrupt me, just open a shop and stock it with King Kong and Planet of the Apes crap, and I’ll just give you power of attorney over my bank account. 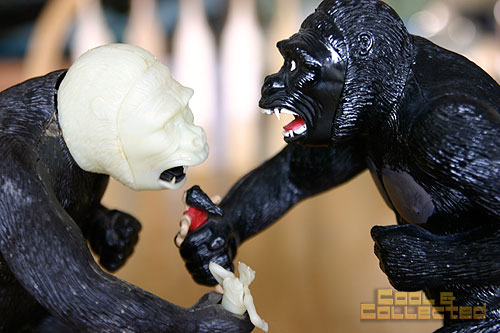 Anyone else find anything cool lately?