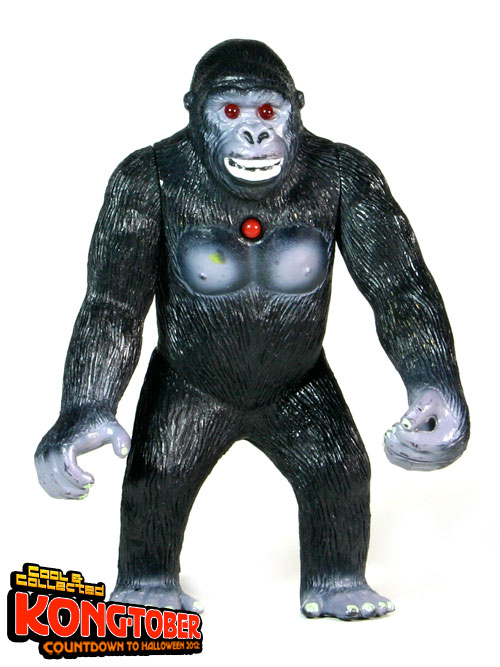 Yesterday, I showed you the 1985 King Kong figure from imperial toys, and today’s offering is the 1995 version. What a difference a decade makes! This figure isn’t really reminiscent of King Kong and looks more like a regular old ape to me. Its right hand is partially opened, as if it may have originally held a Faye Wray figure, but I’m not sure if that’s the case or not. 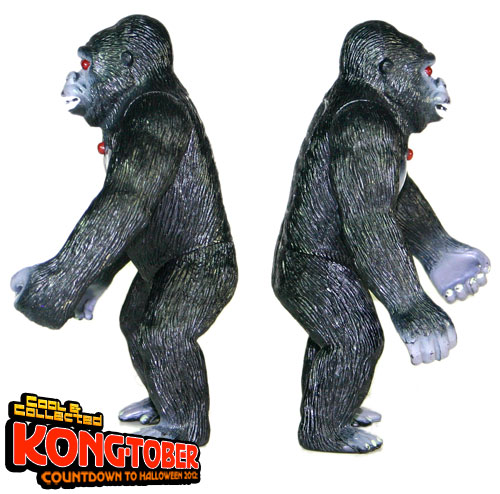 Like the 1985 figure, this one only has articulation in its shoulders. 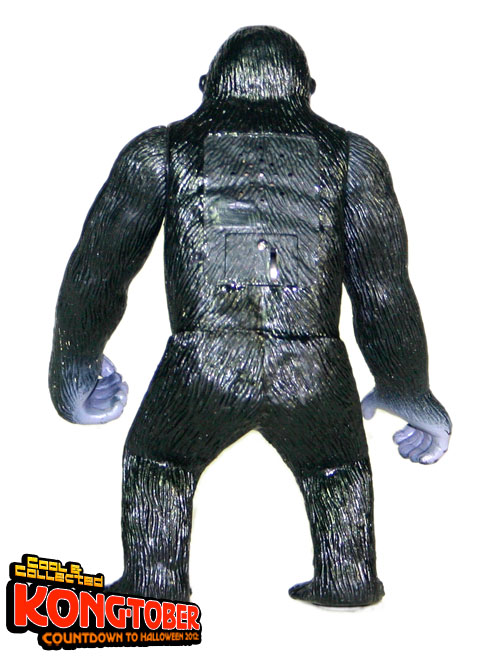 The back of the figure holds a battery and the speaker–yeah, it roars! 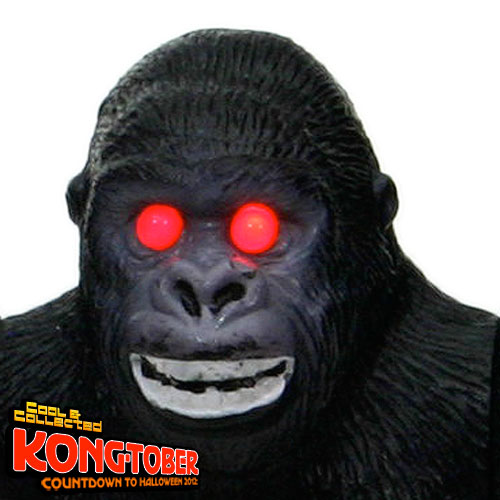 And those eyes! Push the button on his chest and Kong growls and his eyes glow red.