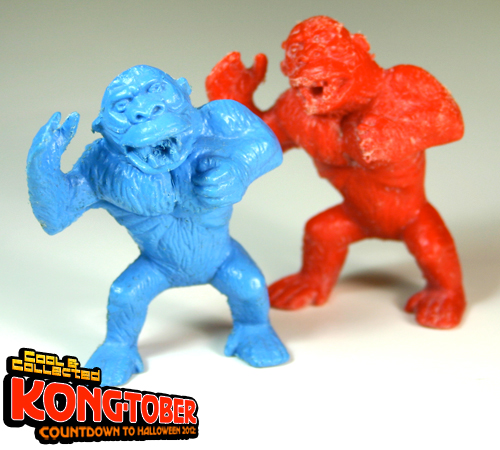 In 1964, Palmer Plastics released a series of eight 3-inch monster figures. They really aren’t much to look at and are fairly crude to be honest, but collectors crave these guys. I was surfing the internet a month ago, looking for more info on the King Kong figure and came across this post by Eric (AKA BubbaShelby) on Toyriffic.

Eric is a good friend of the site, and I’ve actually traded toys with him before, so I fired off an email to see if he still had the blue King Kong figure he wrote about. Luck was on my side, and he not only had a blue Kong, he also had a chewed up red one and a few of the other monster figures. A trade was made and now these two fellas sit proudly in my display case. 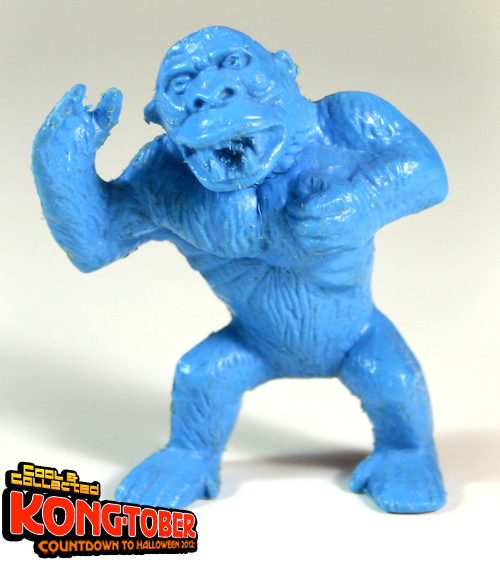 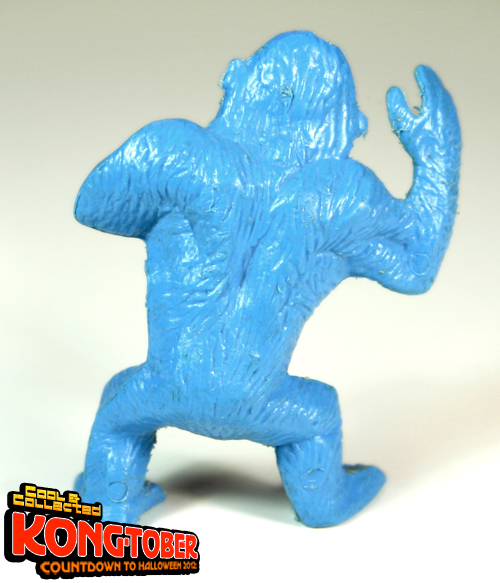 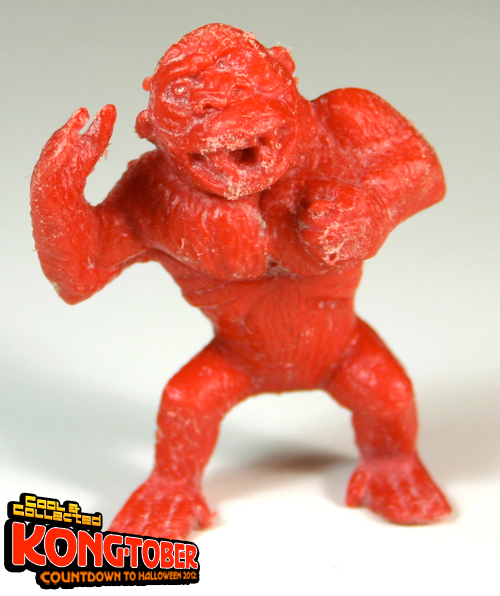 Most people might see these in a box of old toys and immediately dismiss them as cheap plastic trinkets, but to a collector of all things Kong, like myself, these figures are truly a treasure. Sure, they’re goofy and have a silly pose, but that just adds to their charm!

These figures originally came with a tiny Fay Wray figure in Kong’s hand, but it’s almost always missing. Find one of those Fay Wray figures and you can literally buy yourself a car (an old clunker, but still). The hunt is on!